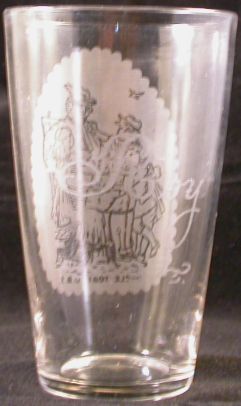 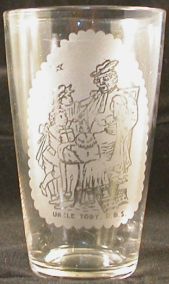 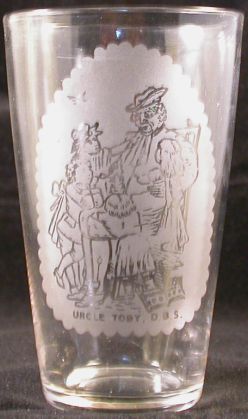 The Dicky Bird Society was initiated by the editor of the Children’s Corner in the Newcastle Weekly Chronicle in 1876. He referred to himself as Uncle Toby after the character in Laurence Sterne’s Tristram Shandy who was considerate to all creatures, even those who annoyed him. This is illustrated by an episode in Tristram Shandy where Uncle Toby catches a fly but instead of killing it, he releases it out of the window. The image which was used to illustrate the Children’s Corner was that of Uncle Toby with children clustering around his knees, and it is this image which appears on the glass.

Uncle Toby is seen wearing the dress of Sterne’s period with a cocked hat and smoking a long pipe, as he was said to do in Tristram Shandy. Both girls and boys were required to take a pledge to join the society, which meant that they had to promise not to harm any living thing, to be kind to the birds and feed them in the winter and never to destroy a nest. By 1886, the Dicky Bird Society had over one hundred thousand members. Underneath the image of Uncle Toby on the front of the glass are the words “UNCLE TOBY. D.B S.”. 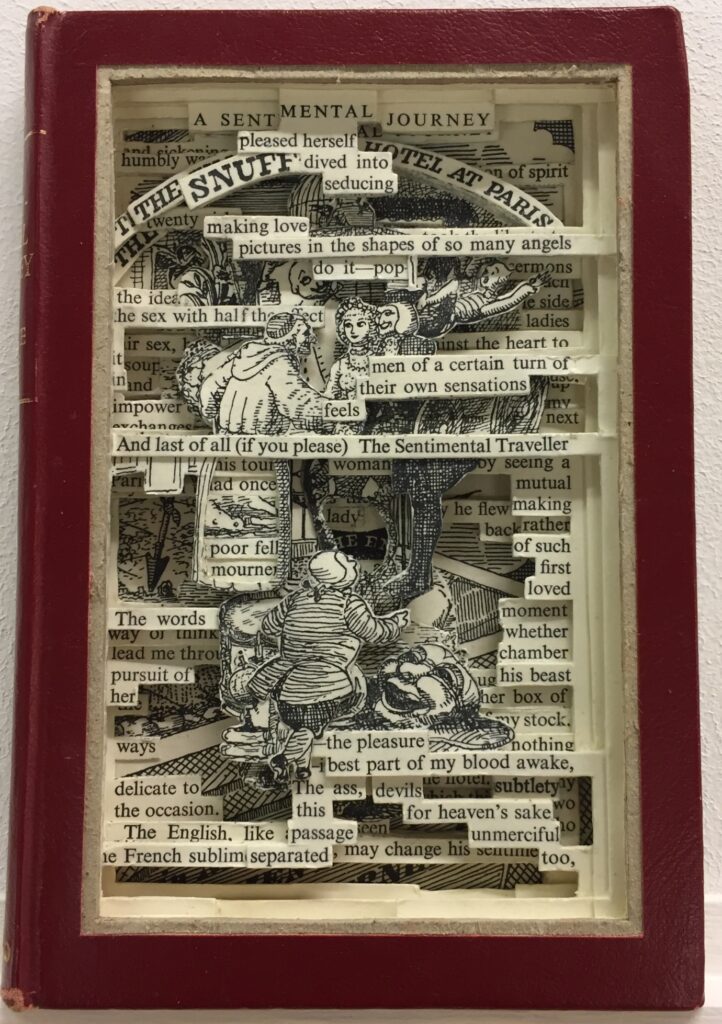 A Sentimental Journey by Brian Dettmer 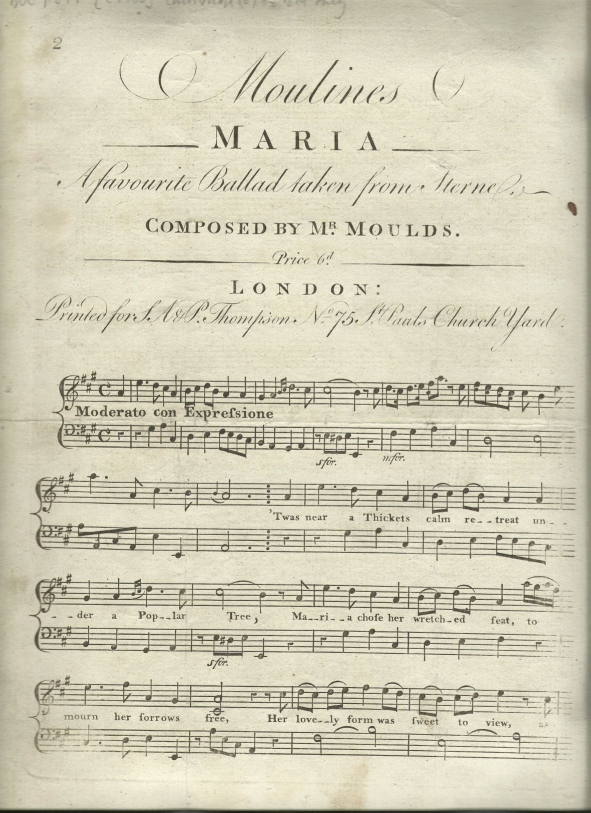