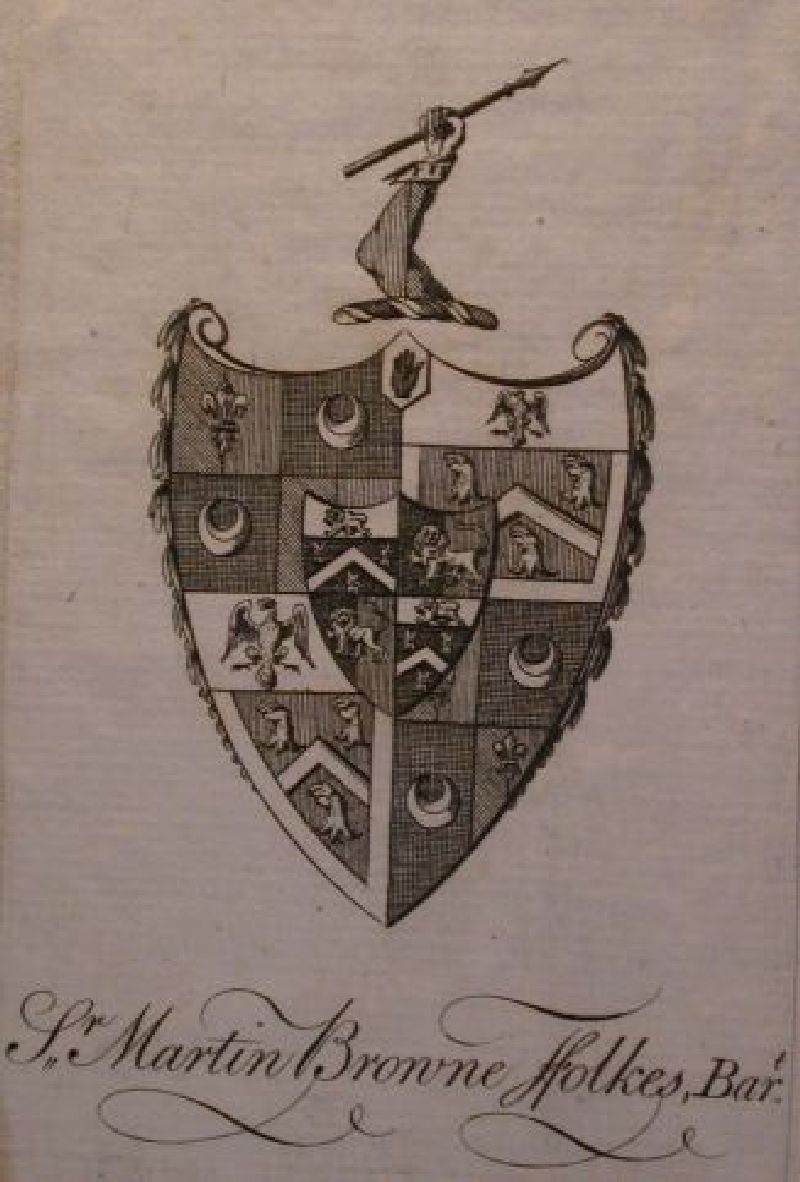 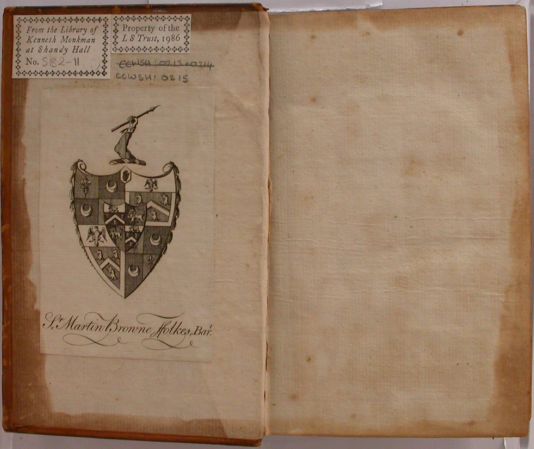 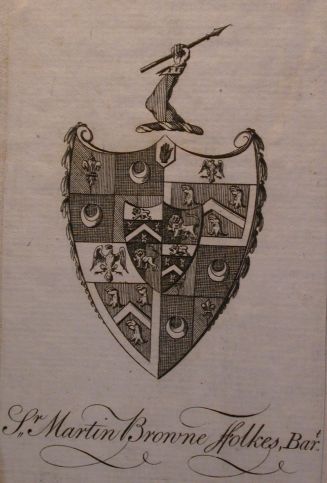 Sir Martin Browne ffolkes was resident at Hillingdon Hall, Norfolk. He was born in 1749, the son of William ffolkes, barrister, and his second wife Mary, who was the only daughter of Sir William Browne MD of Kings Lynn, sometime President of the College of Physicians. In early life Martin Browne ffolkes became an FSA, was created a baronet in 1774, Sheriff of Norfolk from 1782-4, Major in a Brigade of Cavalry in the Norfolk Yeomanry and served as MP for Kings Lynn in eight Parliaments between 1790-1821. In 1777, he married Fanny, 2nd daughter and co-heir of Sir John Turner, Baronet, of Warham and Frances, daughter and co-heir of John Neale. Sir Martin Browne ffolkes died in 1821.

quarterly 2 & 3 Sable a crescent Or HOVELL

A baronet’s badge in chief

The book was purchased in 1986. The bookplate occurs in all five volumes. 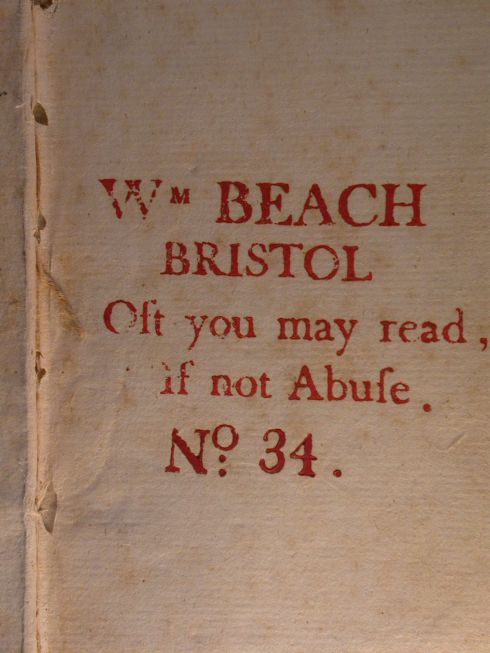 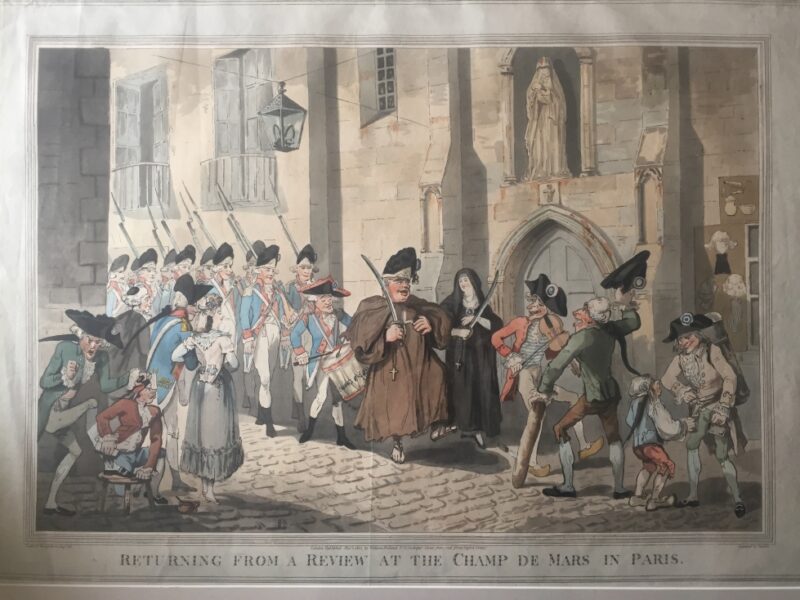