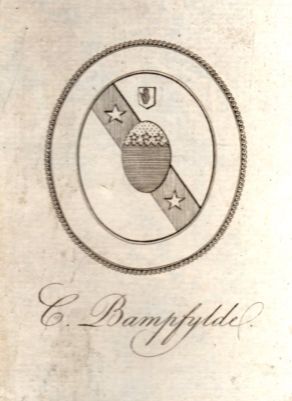 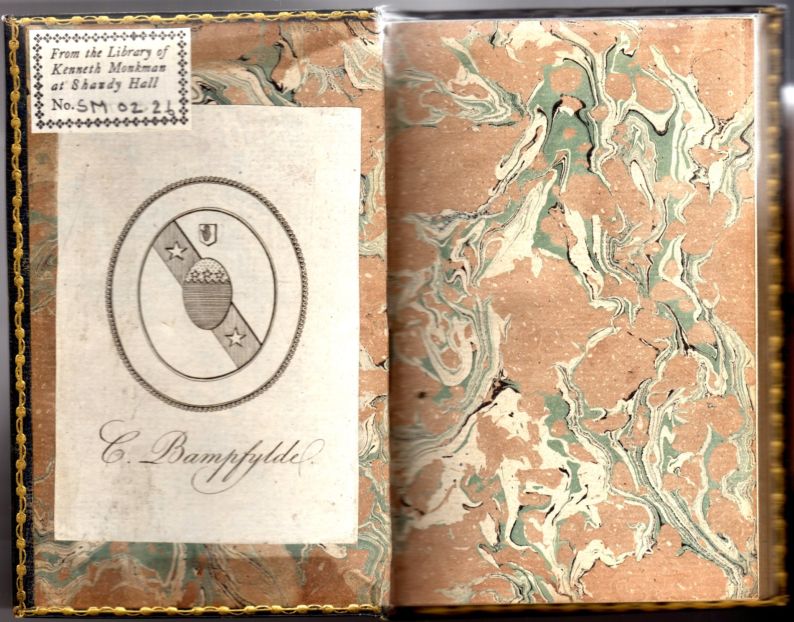 Sir Charles Warwick Bampfylde, 5th baronet of Poltimore and Hardingham Park, was born in 1753, son of Sir Richard Warwick Bampfylde, 4th baronet, and Jane Coddrington of Wraxall. He was MP for Exeter and married in 1776 Catherine, eldest daughter and heiress of Admiral Sir John Moore, baronet, KB. Sir Charles was assassinated in 1822 by a pistol shot fired by his former servant Morland. Immediately afterwards Morland committed suicide. He was succeeded as 6th baronet by his son George Warwick Bampfylde who was created Baron Poltimore in 1831.

Charlotte Bampfylde, who married Abel Moysey, MP for Bath was a younger sister of Sir Charles.

On an escutcheon of pretence

The book was purchased from the Monkman Estate in 2008. The bookplate is in both volumes. 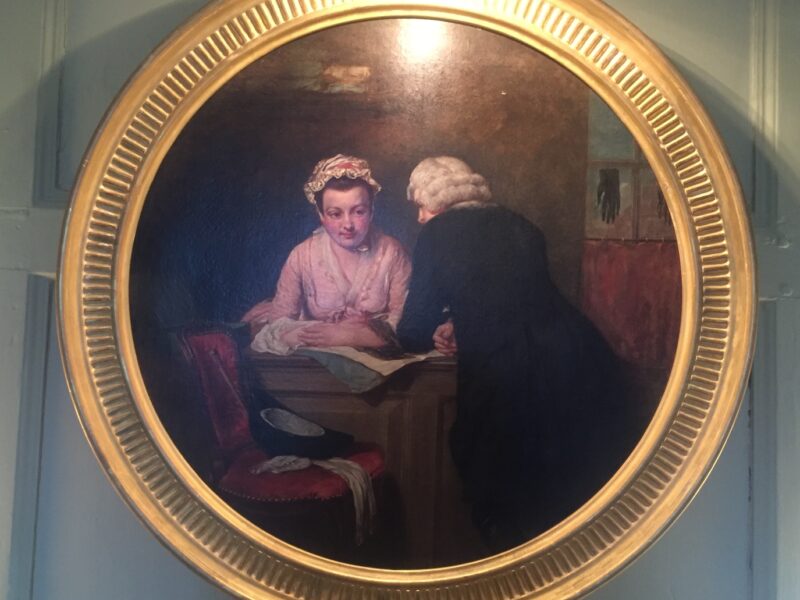 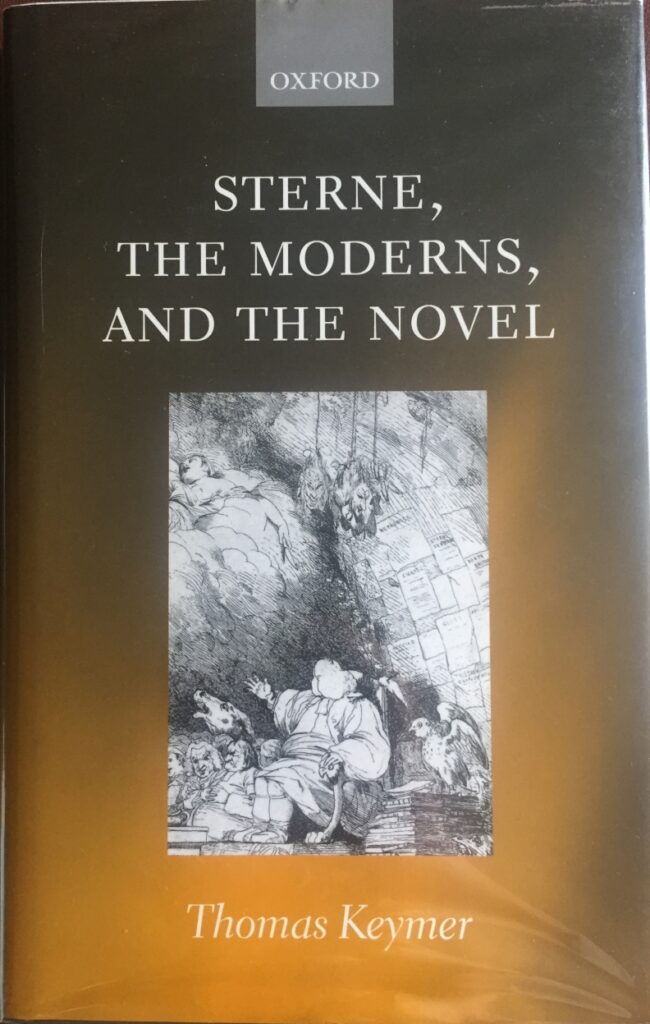 Sterne, The Moderns, and The Novel