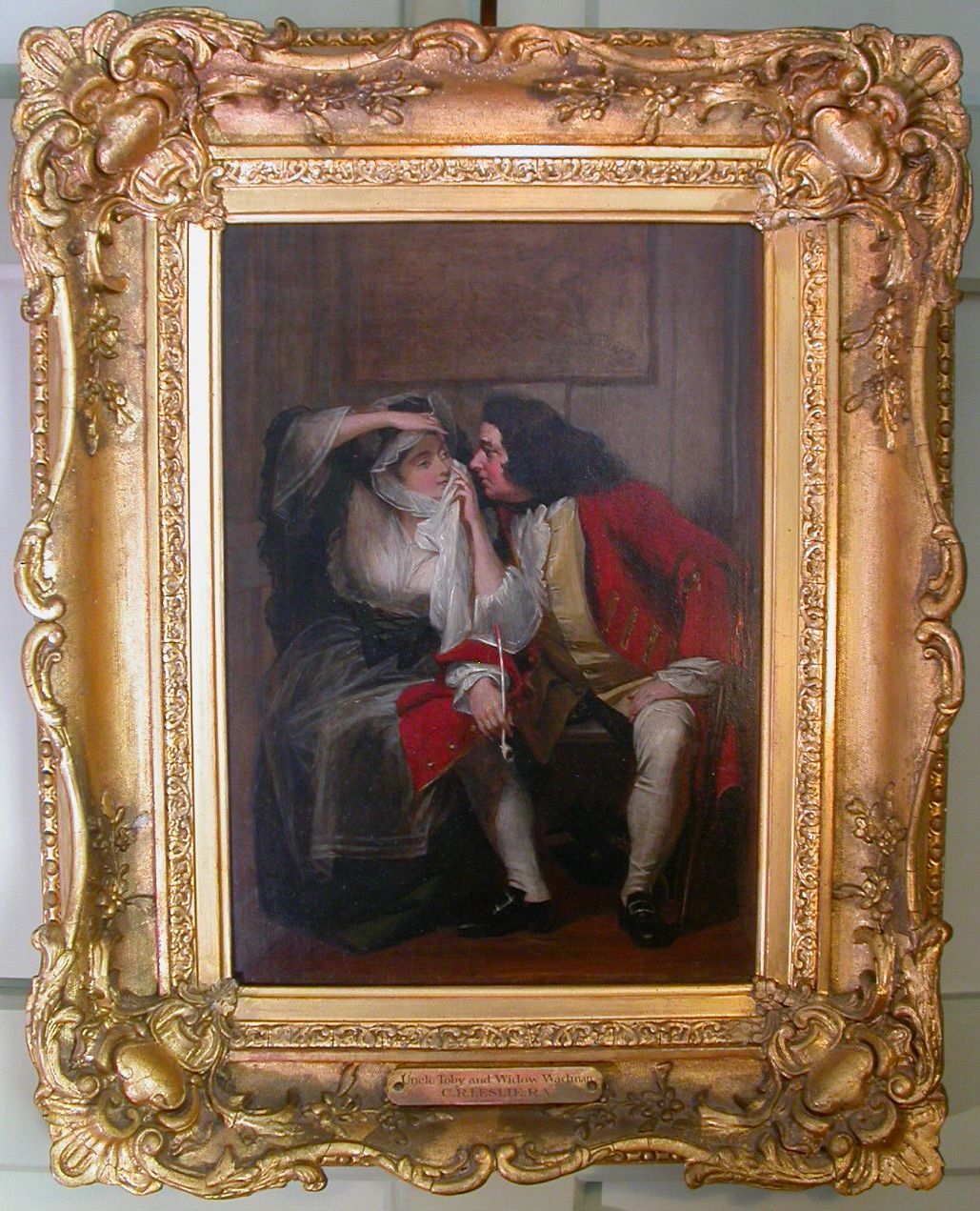 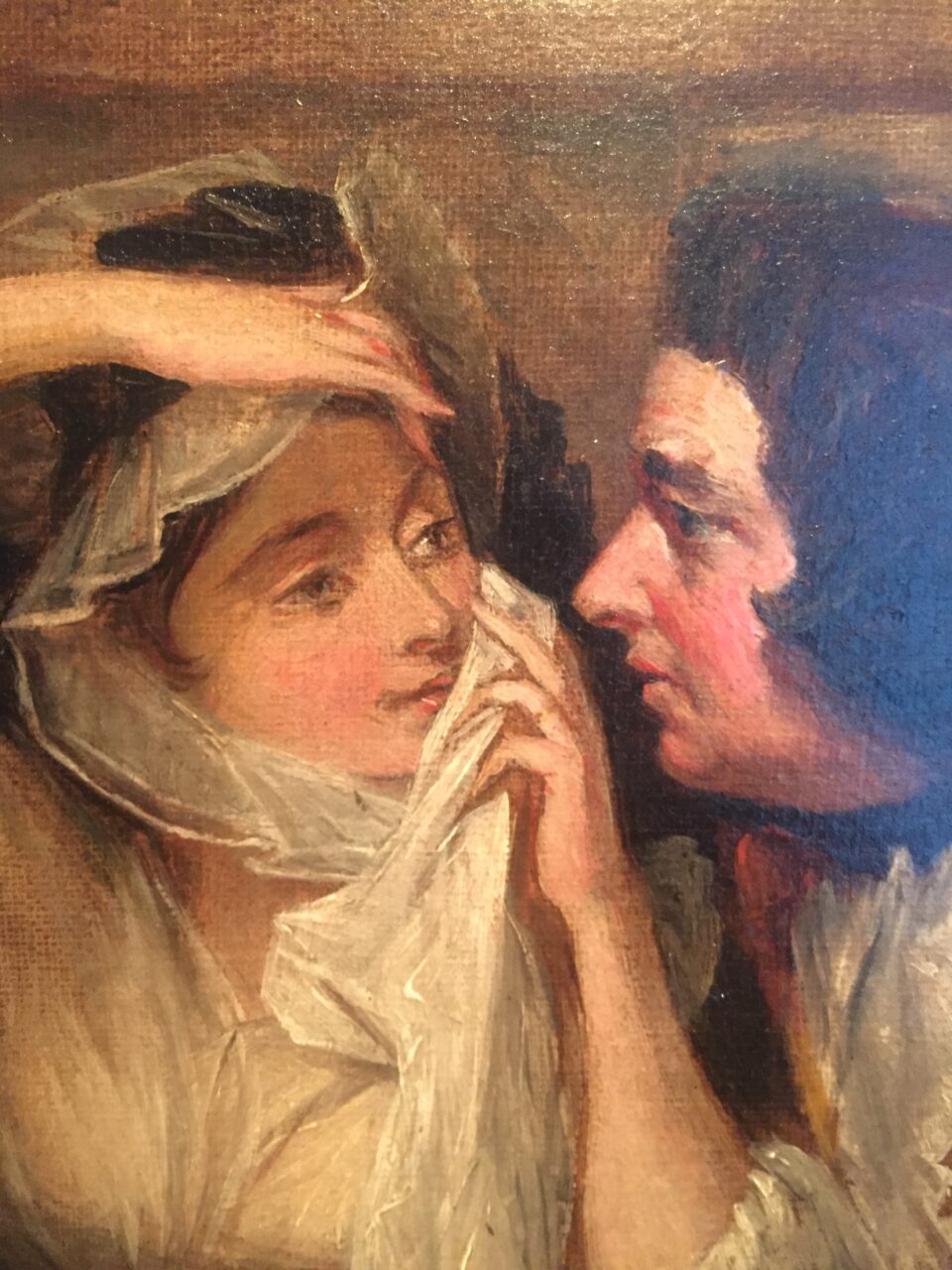 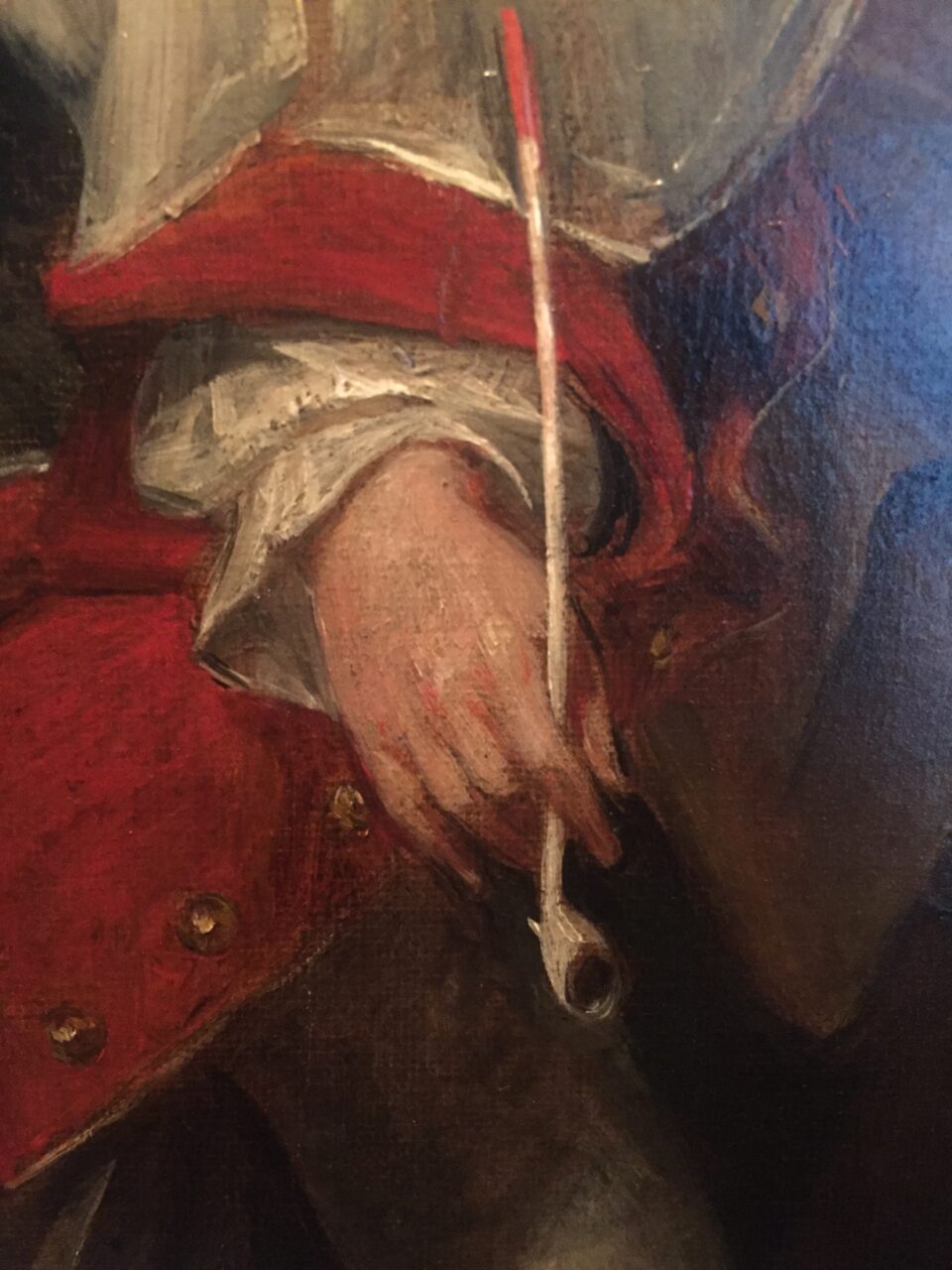 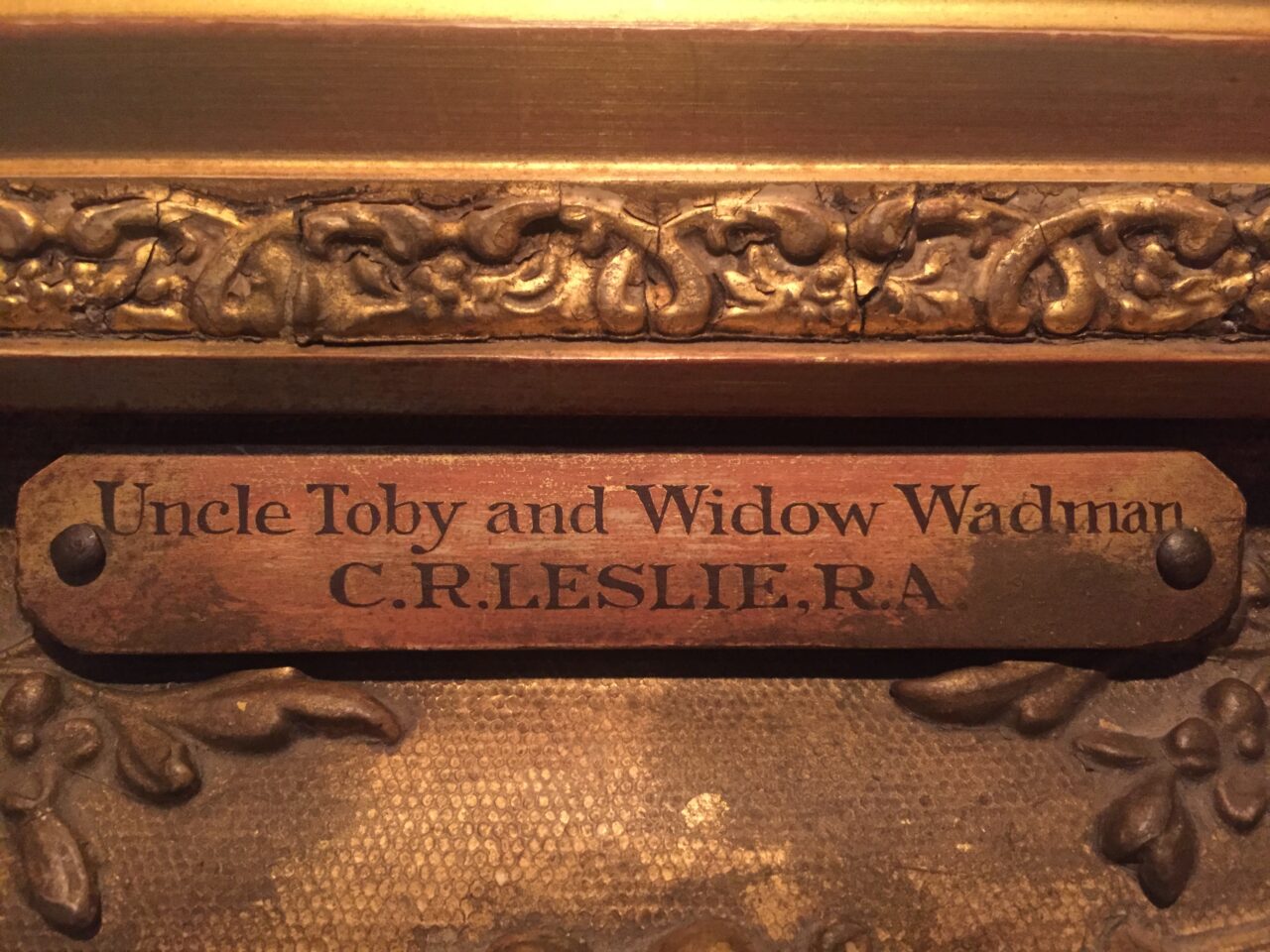 This, oil on canvas, painting shows two of the characters in Laurence Sterne’s Tristram Shandy, Uncle Toby and the Widow Wadman. It is believed that the model for Uncle Toby was the actor Jack Bannister (1760-1836) a great friend of Leslie’s.

This was Leslie’s most famous composition which he painted several times. For the Victorians the image became an instantly recognizable symbol of flirtatiousness. The situation represented is that of Widow Wadman inviting Uncle Toby to help her remove a supposed object from her eye. Uncle Toby has to look very closely as there is ‘neither mote, or sand, or dust, or chaff …There is nothing; the Widow has invented the problem to lure Tristram’s uncle closer until he is so mesmerized by her beauty that the old soldier will fall head-over-heels in love with her.

The image was used as a design for Pratt pot lids in advertising. There are larger versions of this painting in both the V&A and the Tate but evidence on the stretcher suggests that this painting was made from the original drawing.

The painting was chosen to take part in ‘Yorkshire’s Favourite Paintings’ because, like Shandy Hall, the house where it is on display, it is part of a story that is unusual, entertaining, absurd and delightful. 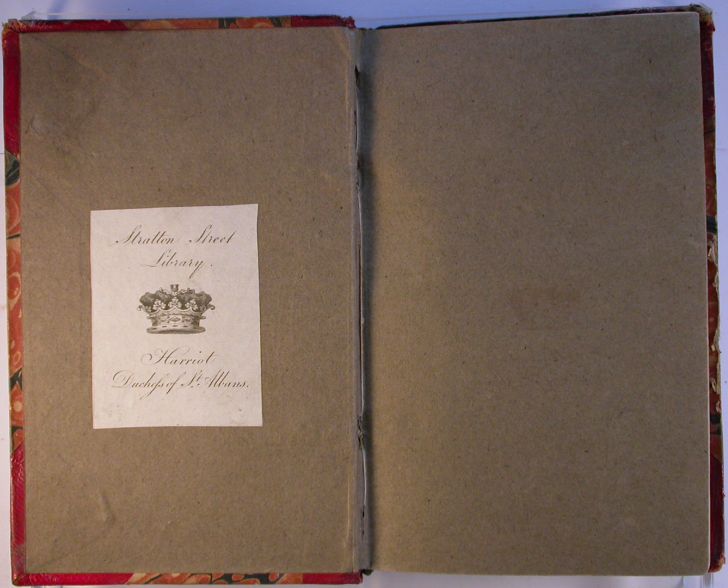 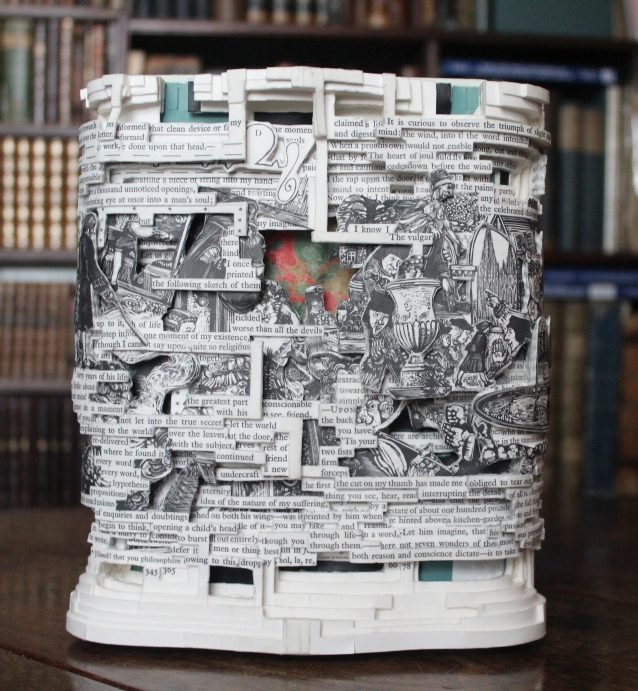