Earlier in the week I mentioned that I had neglected to photograph one particular nocturnal visitor to the gardens. We had shown this species to everyone who was curious as to what we were doing in the gardens in York at 7am in the morning, to demonstrate that moths are very special creatures.  Where else (except perhaps at a Venetian carnival) could you find such vibrant, gloriously coloured strangeness?  The Pearl Grass Veneer (Catoptria pinella) is not something you can see every day -‘uncommon and thinly distributed’ is its status in Yorkshire – but once seen it is unlikely to be forgotten.  However, because of an oversight, we had no visible evidence.  We don’t like to trap in the same location on successive nights – the moths need a breather – so trying to catch the released specimen was not an option. Fortunately, on the following night, another appeared from a different part of the gardens, as crisp and fresh as its predecessor.

The moth’s scientific name comes from the Greek katoptron: a mirror; pinella: from pinus, a pine tree.  Named by Linnaeus in 1758, he attempted to change the name in 1761 to pinetella, but the rules of nomenclature insisted that the original name must stand.

So here it is, along with a photograph (below) which captures the moment of verification – thanks to Lewington’s indispensable guide to micro-moths. 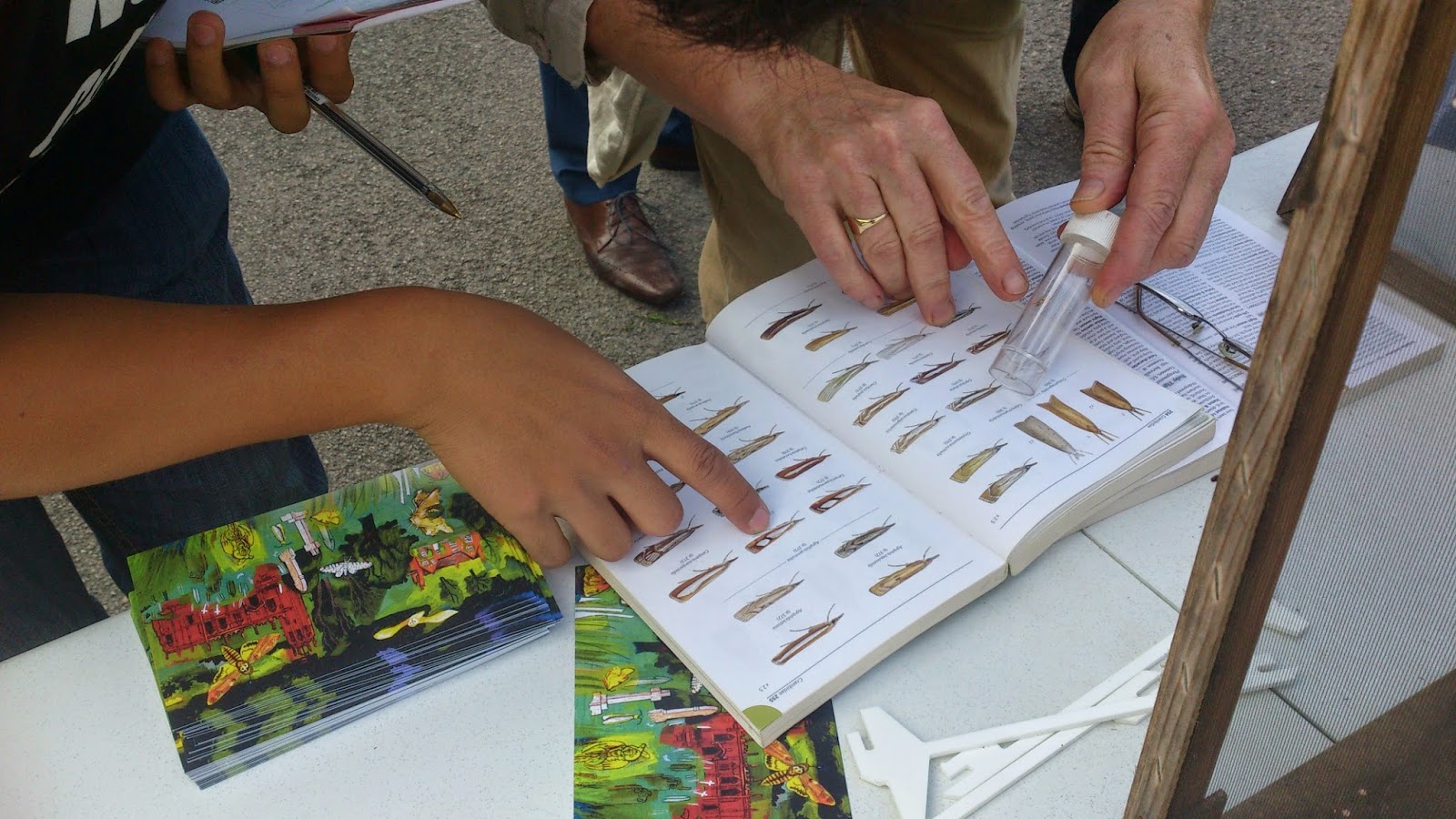