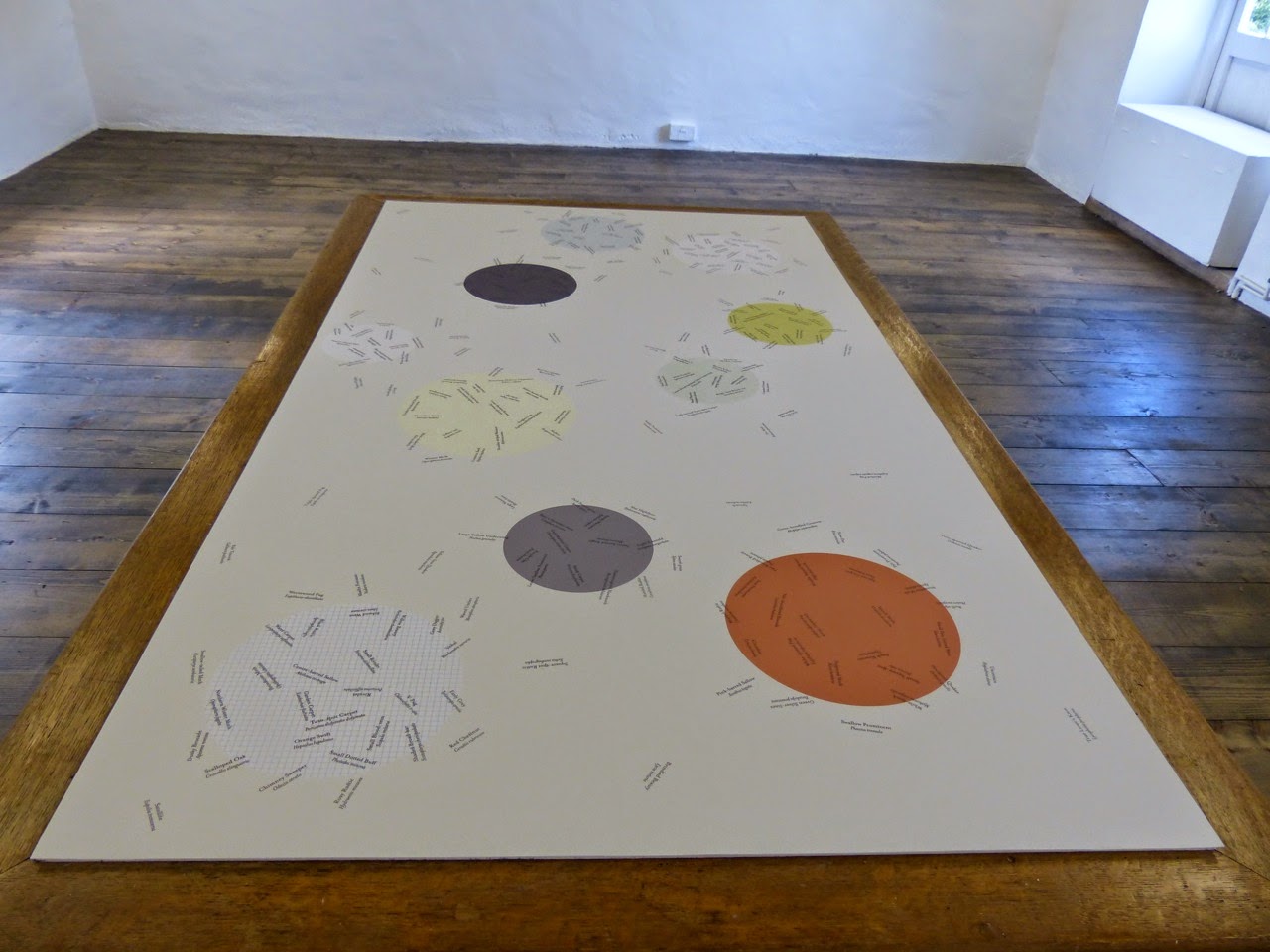 When I made Marbled Page (with Simon Elvins) a large print that includes all the names of the macro-moth species identified at Shandy Hall hitherto, I hoped that I would be seeing many of them in the trap during my fortnight’s stay. But the cold, damp nights have not been kind to moth trappers.

At 6am on Thursday morning we left for the York Museum Gardens in driving rain. The moth trap was under a chestnut tree, on a sodden white bedsheet, and apart from a solitary Angle Shades, its only occupants were lots of sleepy wasps and sixty-six Large Yellow Underwings.

If this weather persists, the print will have to act as a surrogate – a year-round, paper moth trap – with the moths’ names evoking the absent creatures. Marbled Page lies flat on a large table in the gallery and can be viewed from all sides. The moth names – carefully typeset in ‘Mrs Eves’ – are randomly dispersed across it and cluster together on ten circles of varying size and colour. Some of the circles have lines or grids drawn across them, just like the pages in an amateur moth recorder’s notebook.