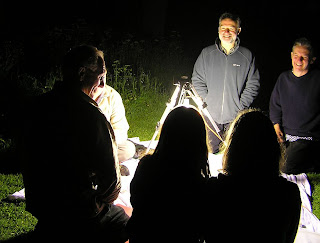 The list of moth species on the right has been compiled by Dave Chesmore and contains all the moth species we have identified in the gardens at Shandy Hall, Coxwold. Traps have been set using mercury vapour lights and have been positioned in three different locations over the last five years – the formal garden, the walled garden and in the quarry.

The list as of June 2009 is the first post on this blog. There has been a slight increase since that date and the additional species will be recorded on the next posting.

Most of the moth-trapping evenings take place in aid of the National Gardens Scheme, or are part of an education programme linked to primary schools, but there are plenty of occasions when the trap is set up for the pleasure of seeing what has been caught. After the moths have been identified and recorded they are released.

The names of the moths are recorded in Latin as well as giving them their vernacular names – where they have them. Images will be posted on this blog but the magnificent ukmoths website is the ideal source for information.

No moths have been or will be harmed in the making of this blog.