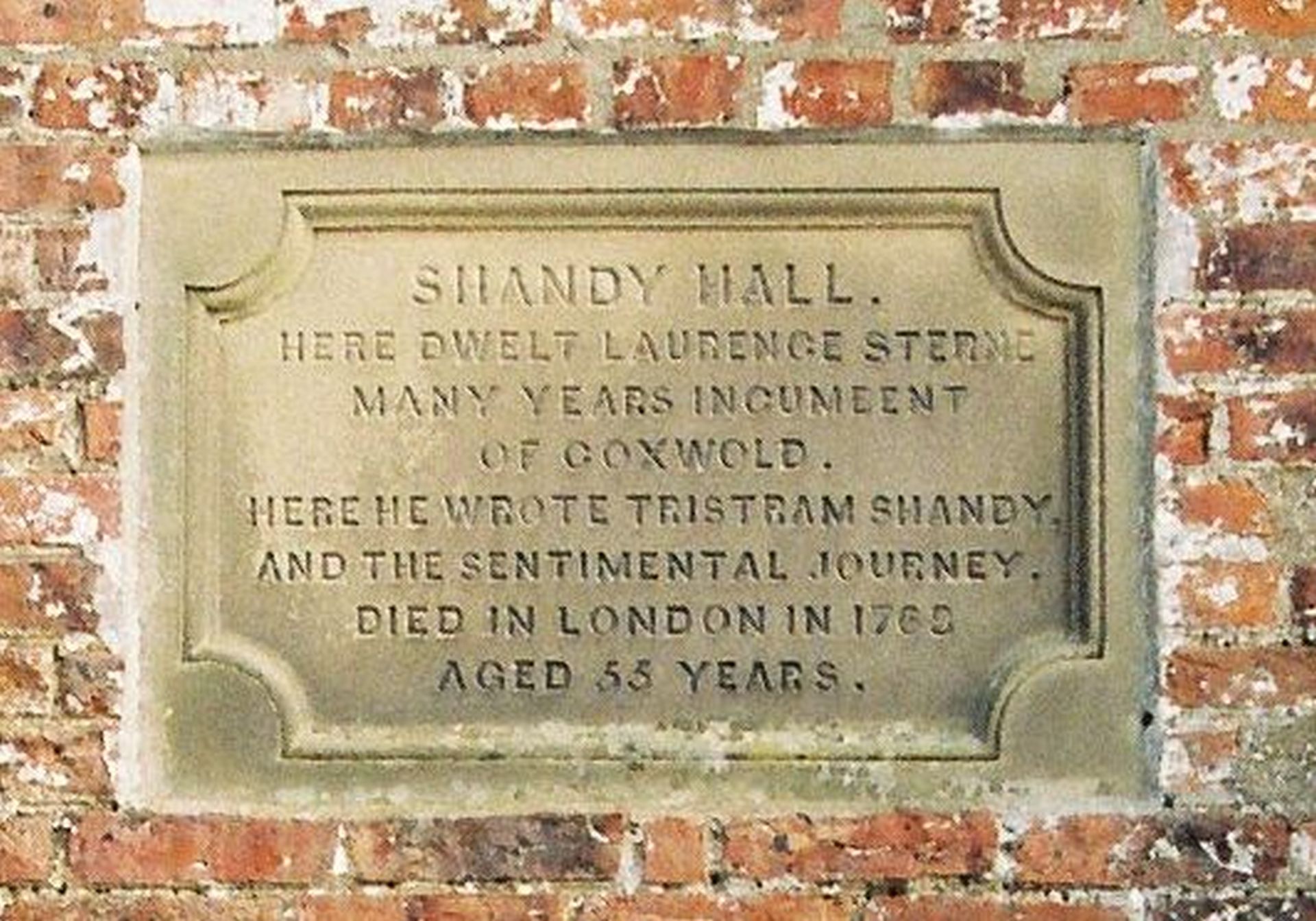 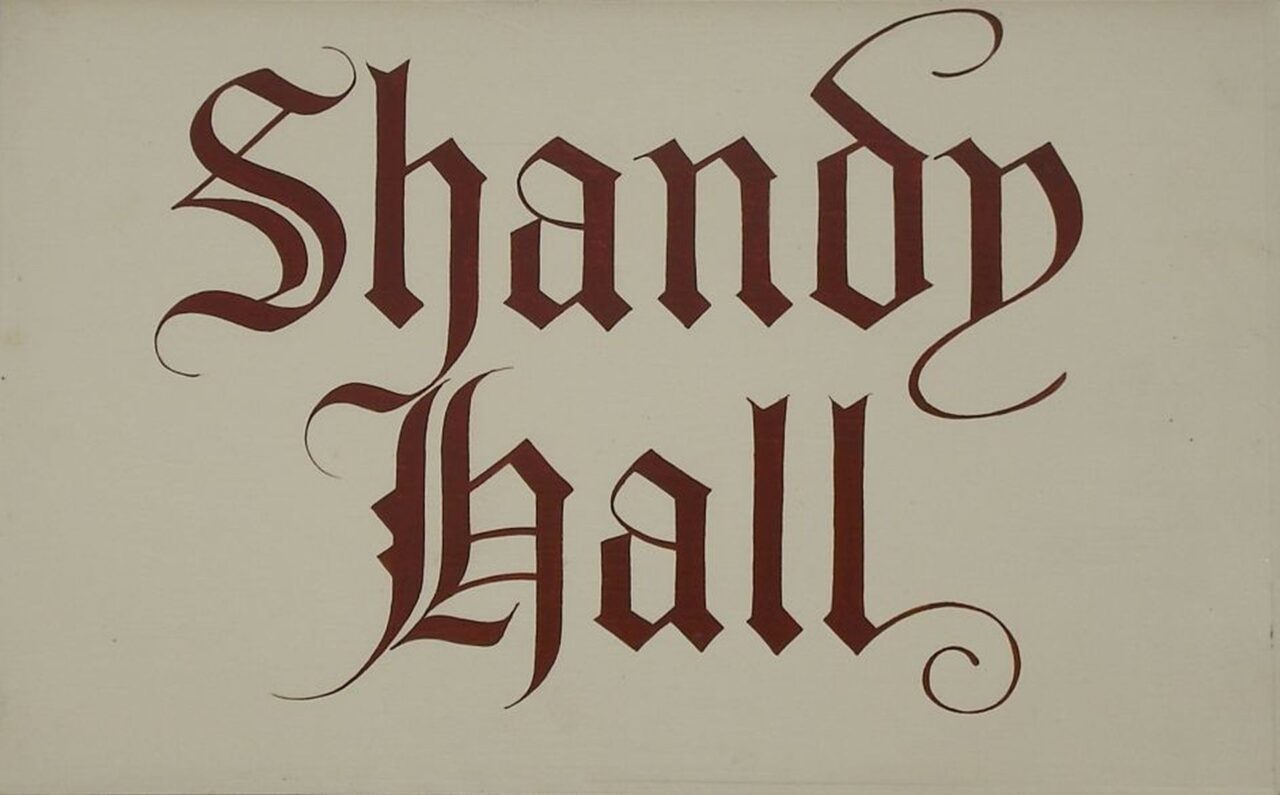 Shandy Hall acquired its present name after Laurence Sterne wrote Tristram Shandy here, when his friends named it after the house in the book where the Shandy family lived. Sterne himself called it ‘my Shandy Castle’. Both hall and castle seem rather grander descriptions than the modest house merits, but it did start its life as a ‘hall’ – a timber-framed medieval hall.

It was built in the mid-fifteenth century, (the same date as the present church building) and was at that time called ‘High Hall’ as it is sited on high ground at the west end of the village.  It was of standard medieval hall-house construction – one main room, open to the rafters, for living in (the hall); an upstairs room for the family to retire to for privacy and to sleep (the solar); and a cross-passage running the width of the house (which still exists, running between the front and back doors)   Rare medieval wall paintings still remain in the house from this time, in the parlour and the upstairs room,  which add to the architectural and historical significance of the Grade 1 listed building.

A medieval well in the south-east corner of the garden shows where the original inhabitants (the Dayville family) would have obtained fresh water.

At first there was no chimney. The fireplace was a central hearth, and the rafters, to this day, are blackened where the smoke went out through louvres in the roof.

A drawing of Shandy Hall on the 1605 map of Coxwold shows the development of the first chimney, above the central hearth.

The Dayville family had been a powerful family in the area for several centuries, but sold Shandy Hall to their rivals the Bellasis family in 1609 after falling into debt, and during most of the 17th century the Hartas family lived there. James Hartas was the Coxwold bailiff.

The house was also enlarged with cross-gables in the 1600’s to form a relatively large dwelling place, and the central hall was divided, creating top and bottom chambers.

It may have been during the Hartas occupancy that the oak staircase at the east end was installed. An extra chimney appears between the Hearth tax returns of 1662 and 1672.

By 1699, Mrs Hartas was living alone, her children having grown up, and the house was described as ‘gone to decay’. Also the curate was in need of a place to live. Mrs Hartas was found ‘a convenient apartment’ in Coxwold Hall, and work was carried out on the house.

George Browne the curate took up residence, and by 1727 the house appears on a map as ‘The Parsonage’.

When Laurence Sterne came to live in Coxwold as Perpetual Curate, Shandy Hall had therefore already changed considerably from its medieval beginnings. He too made alterations and additions.

In 1761 he writes about building a stable.  Later he built a coach house, a cellar and a box-like two-storey brick extension at the west end. This was and is only six feet deep but gave the house from this aspect a more Georgian appearance than the by then unfashionable southern gables.

He also installed Adam fire-grates, and remodelled upstairs rooms, including at the east end, a room which is still known as ‘Eliza’s room’.

Sadly Eliza never entered it except in Sterne’s imagination.