The first room in the house has a step down as you enter - a feature of medieval buildings, especially those of a single storey. If the room was to be used for sleep, draughts would pass over the slumbering occupant.

The dominant feature of the old kitchen is the range and open fire which sit within the framework of a much earlier hearth. The great beam (or bressomer) shows that the whole space beneath was a great open fireplace, one which might have incorporated a smoke jack to work the spit. Evidence of this device can be seen where the bressomer has a section cut out. This room in medieval times was ‘the buttery’ where the butts of ale and other provisions were stored and prepared for use in ‘the hall’, the main living space.

There have been several bread ovens associated with the hearth. The latest bread oven and present fireplace bear the name of the maker, William Walker of York, whose work carries the Royal Arms. He was responsible for the gates of Kew Gardens in London.

Two pieces of furniture would have been in the house when Sterne was living here: the corner cupboard and the dresser on the west wall. 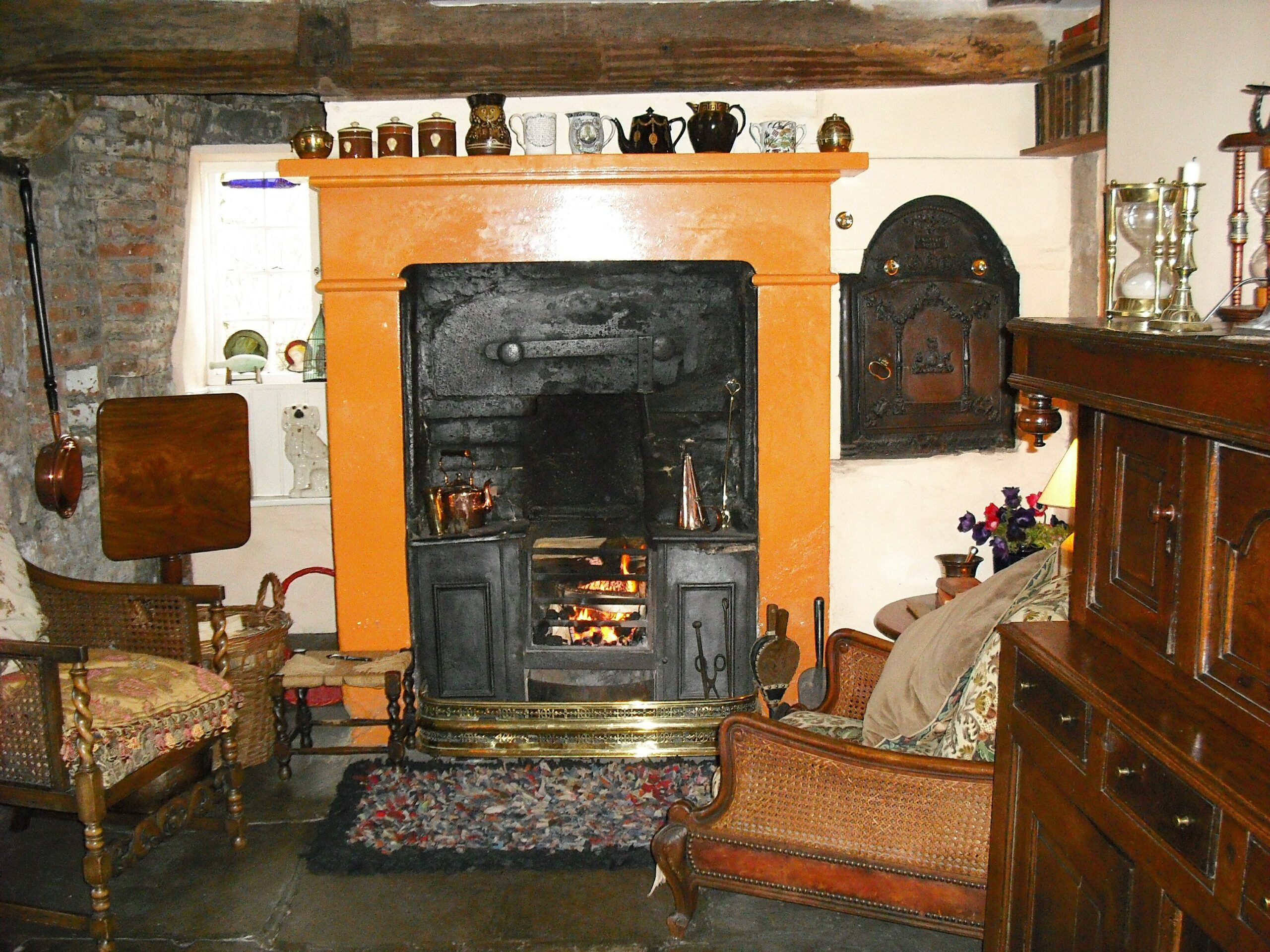 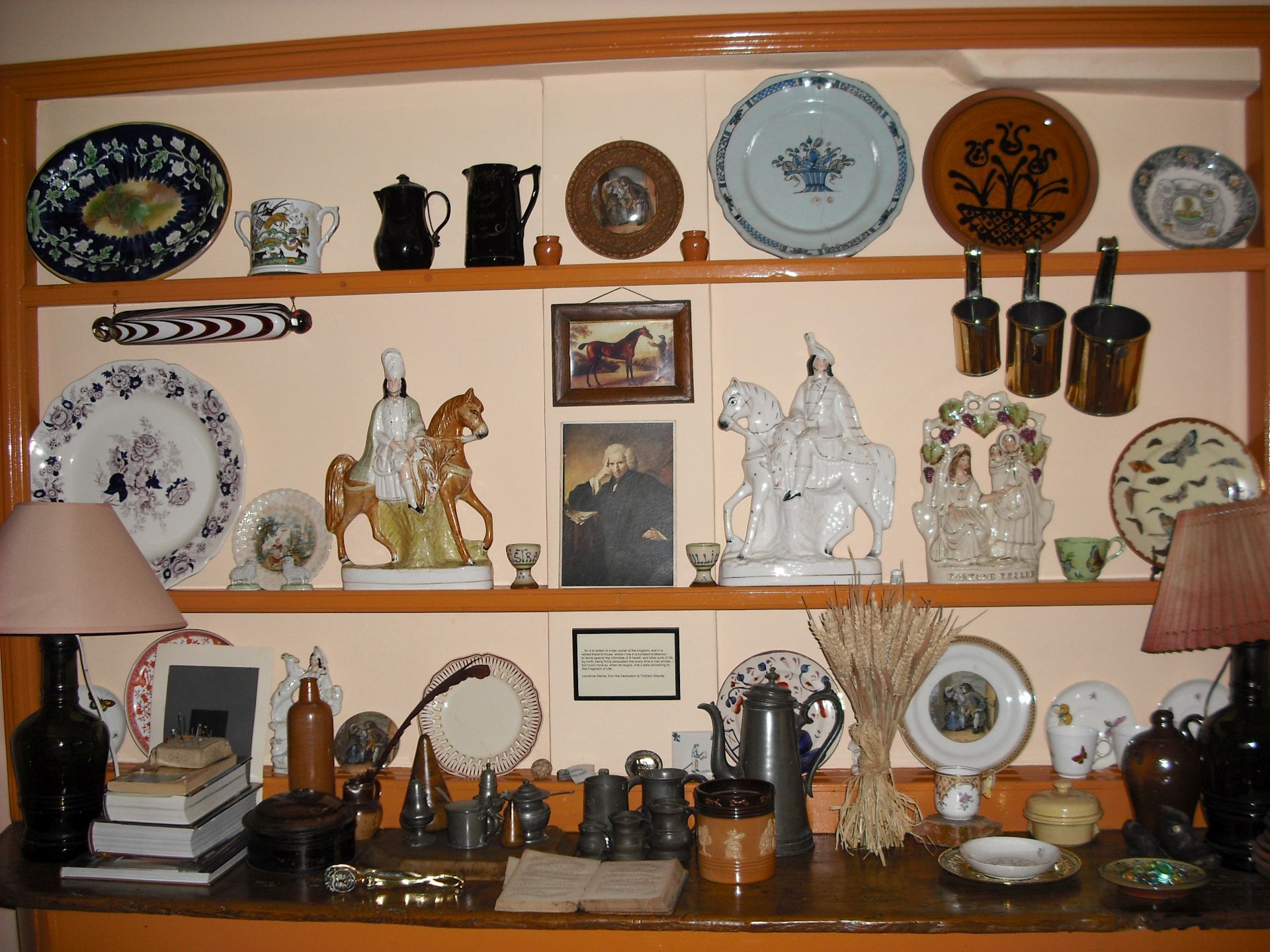