Home > What we do > Exhibitions and Events > Workshops 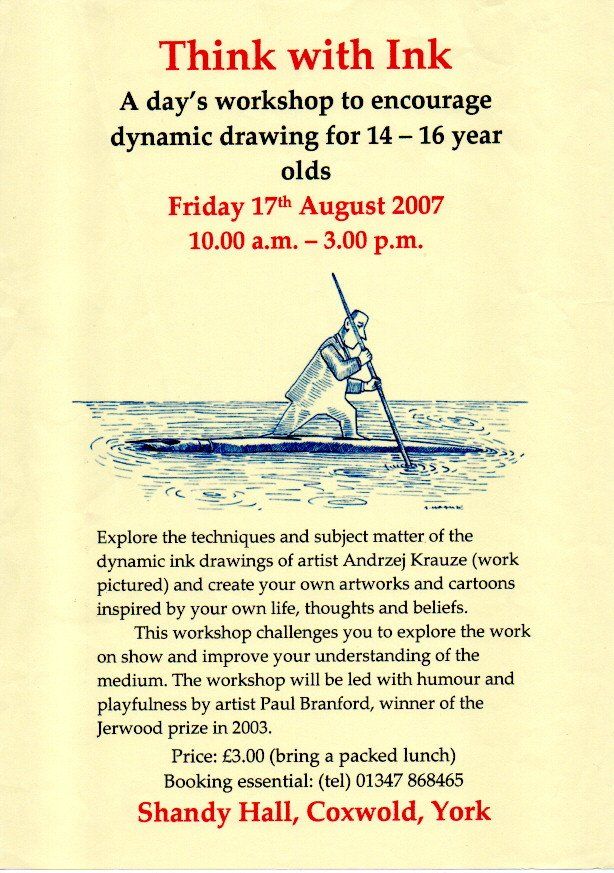 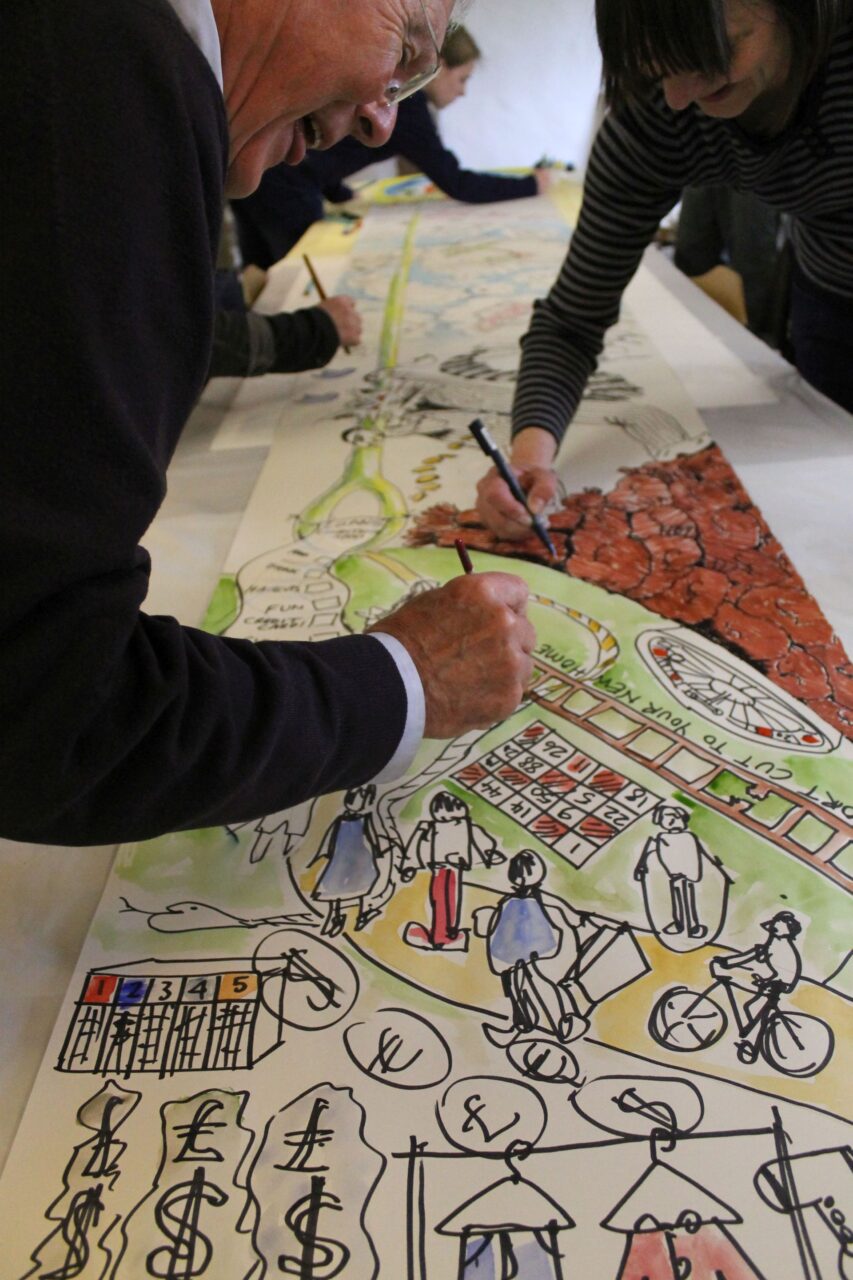 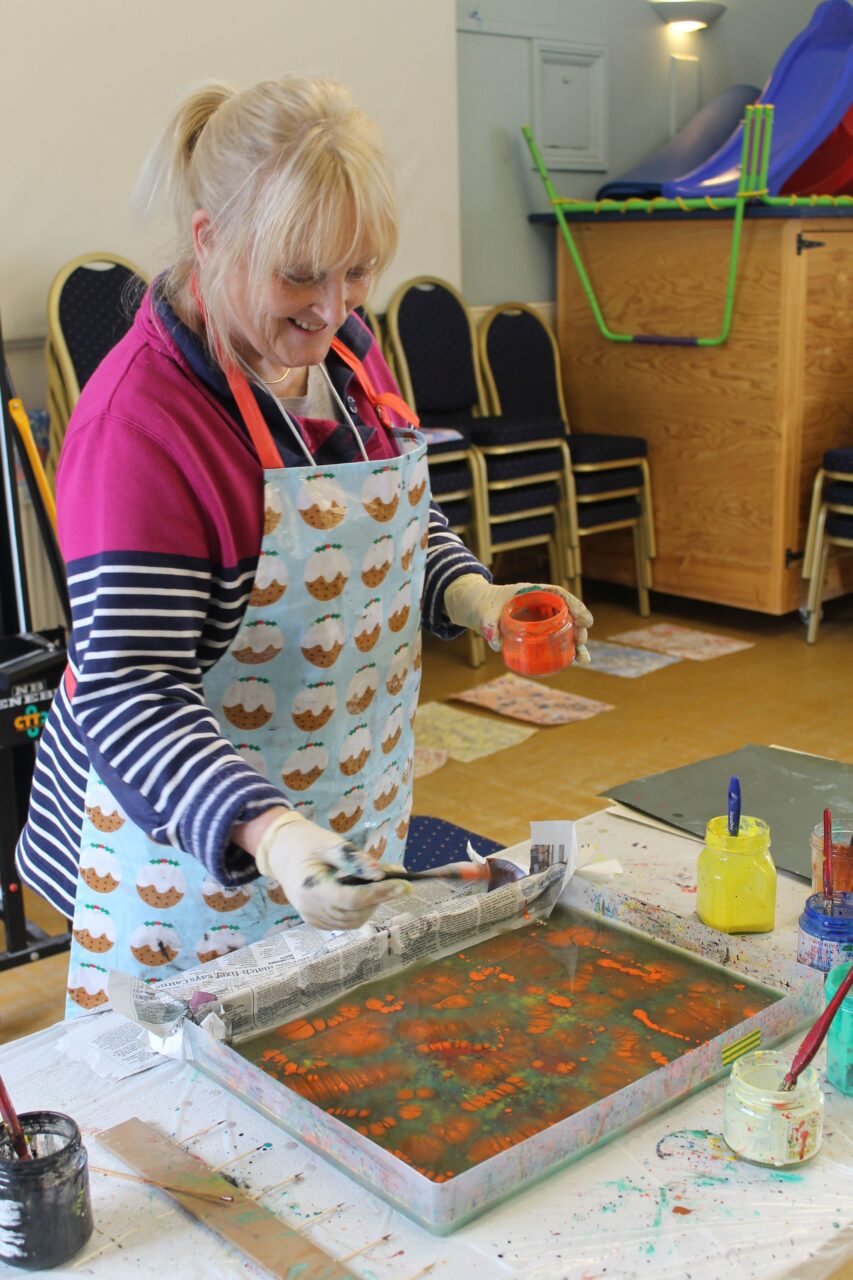 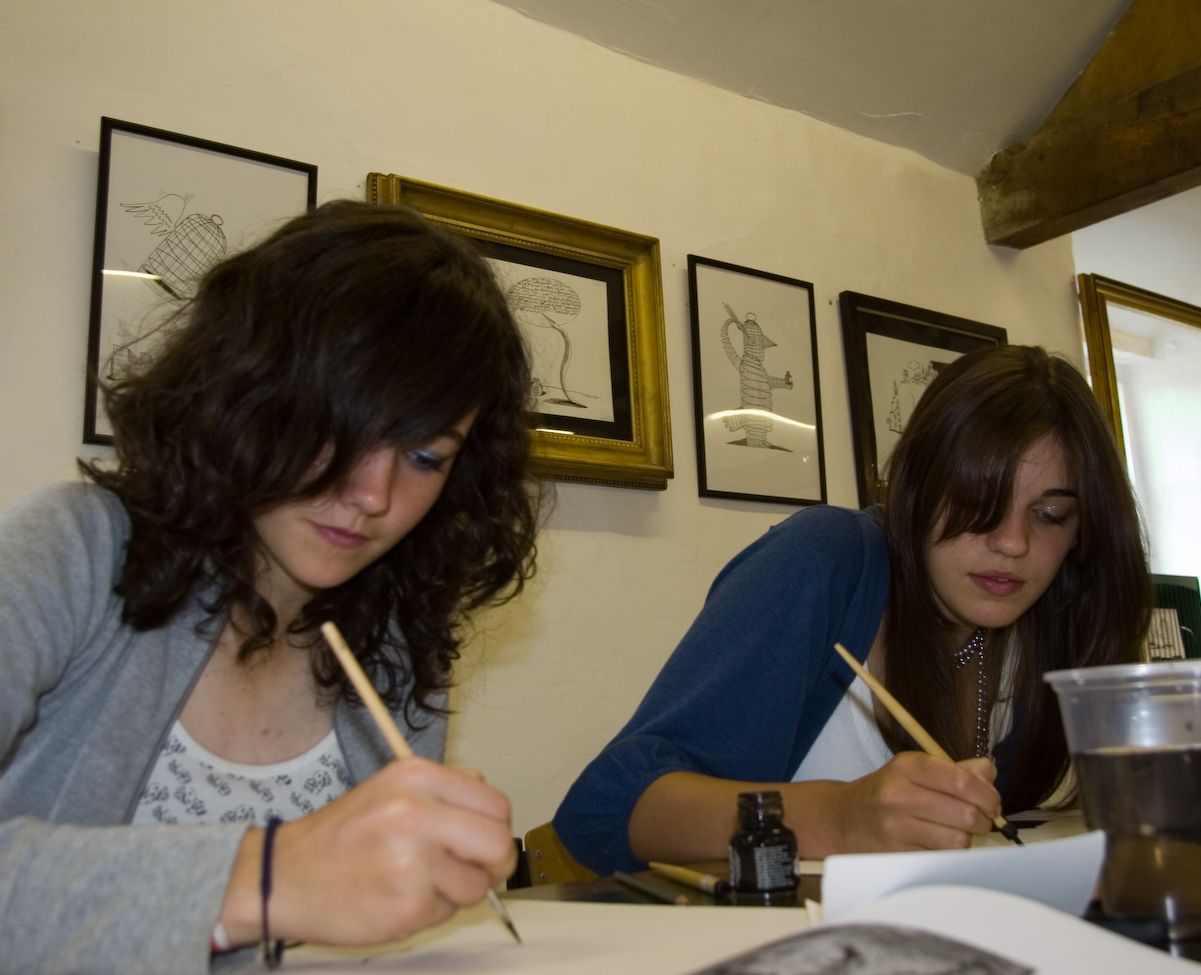 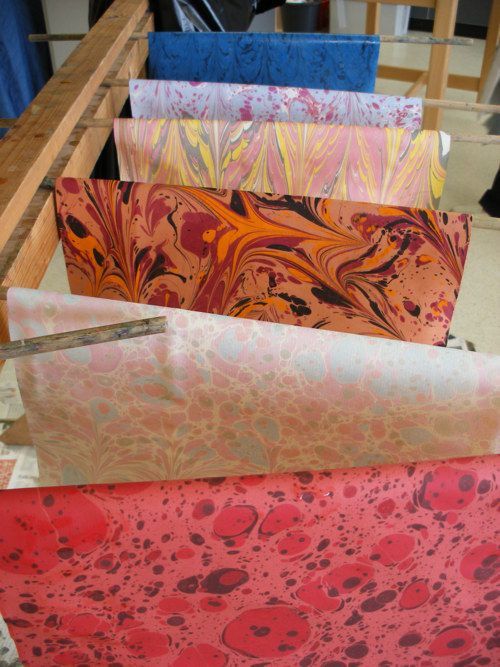 Bridget Gillespie has been a Botanical Illustrator for over 19 years after taking a degree in Graphic Design. A request to paint a friend’s wedding bouquet led to a botanical specialism. Bridget has exhibited work in Cambridge, Essex, Durham, London and Yorkshire and has gained 2 Gold Medals from the RHS who have also purchased several pieces for their historic collection.

The workshop was with watercolour and from fresh specimens.

This event is in partnership with York Museums Trust. Supported by Arts Council England.

Exploring Haiku and its origins, using the Yorkshire Museum collection and Garden wildlife as inspiration for this Haiku writing workshop.

Subhadassi is a creative writer and published poet. This event is in partnership with the Laurence Sterne Trust at Shandy Hall. This event is supported by Arts Council England

Jackie Bennett is the former editor of the Garden Design Journal and the English Garden magazine, for whom she writes regular features. Her books include Wild About the Garden (Channel 4, 1997) and Your Wildlife Garden (2011) and she won the Garden Writer’s Guild Gardening Column of the Year 2009 for a series about her own Norfolk garden. She delivers writing days to groups at the Oxford and Cambridge Botanic Gardens, The Norfolk Wildlife Trust and for the Society of Garden Designers. Her latest book, The Writer’s Garden, looks at the gardens that inspired our best loved novelists and poets, and will be published in October 2014 by Frances Lincoln Publishers.   The course was aimed at those interested in writing for pleasure or publication, appealing to anyone with an interest in gardens and landscapes, with no prior professional writing experience needed.

It aimed to introduce and explore different styles of garden writing, looking at how to find your writing ‘voice’ with group and individual writing exercises where participants got a chance to write short pieces. There was be built-in time for questions and feedback. At the end of the day, the participants had a good idea of how they want to develop their writing and how to get published.

Types and styles of garden writing

Participants to bring: Notebook and pen (or laptops if preferred); a piece of own published writing or other garden writing you enjoy.

Lunch: Included in the price and will be at Coxwold Tearooms

National Insect Week - An afternoon of mothing at Shandy Hall - 2014

As part of National Insect Week visitors could join the Benjamin Franklin Scholar from the University of Pennsylvania in the gardens of Shandy Hall to learn more about the moths which had been humanely trapped, identified, and safely released in the gardens.

Since the project began many different species of these beautiful and rarely-seen nocturnal creatures had been caught and recorded on the Shandy Hall Moths blog.

Moths caught on the previous evening were studied and released.

This one-day marbling workshop appealed both to those who want to pursue a hobby or vocation in paper marbling. Jill Sellars assured a fascinating and creative day using traditional marbling techniques.

Jill is a self-taught marbler who has been marbling since the mid seventies, when, working with bookbinder Paul Delrue, an in-house supply of decorated papers was needed for the range of photograph albums and notebooks they were making. Since then Jill has developed her techniques, picking up new ideas and inspiration at the Marblers’ Gatherings in America in 1991 and 2001. An Honorary Fellow of the Society of Bookbinders, Jill has been associated with the bookbinding world and has demonstrated and given talks on marbling for nearly thirty years.

The cost of all marbling materials included in the price.

Participants will need to bring:

30 April 2014
This workshop is supported by Arts Council England.

This workshop is suitable for beginners

Please bring your own materials – materials list will be sent with booking confirmation.

Martin Rowson was born in 1959 and studied English at Pembroke College, Cambridge. He is a self-taught artist and after graduation published his first series of cartoons, ‘Scenes from the Lives of the Great Socialists’ in the New Statesman, which later became a book, published in 1983. He went on to contribute regularly to Financial Weekly, Sunday Today, and Today, and has also contributed to The Guardian, Time Out, The Independent on Sunday, The Daily Mirror, The Observer, The Daily Express and The Times Educational Supplement.

He is the illustrator of several books, including books by John Sutherland and Will Self, and graphic adaptations of well-known texts such as The Life and Opinions of Tristram Shandy, Gentleman (1996)and The Waste Land (1990). His style is deliberately offensive and provocative in the tradition of 18th-century satirists and cartoonists. In 2001 Ken Livingstone appointed him Cartoonist Laureate for London.

His novels include Snatches (2006), a comic historical journey through the human race; Stuff (2007), part autobiography and part family history; Fuck: The Human Odyssey (2008); and Giving Offence (2009).

He has also worked as an occasional book reviewer for the Sunday Correspondent, The Independent on Sunday and The Guardian and writes a column in The Tribune. In 2006 he was awarded an Honorary Doctorate in Journalism from the University of Westminster.

Martin Rowson won the Cartoon Arts Trust Political Cartoonist of the Year Award in 2000 and 2006 and the Political Cartoon Society Cartoonist of the Year Award in 2010. He is an Honorary Associate of the National Secular Society, Chairman of the British Cartoonists’ Assocation, Trustee of the London Cartoon Museum and the Powell-Cotton Natural History Museum and a trustee and former Vice President of the Zoological Society of London.

Become a blacksmith for a day. This was a rare opportunity to learn from master blacksmith Chris Topp when participants were able to make their own piece of metal work to take home.  Chris has had a long association with Shandy Hall – the wrought iron hand-rails and the wonderful entrance gate are outstanding examples of his work. His award-winning company is celebrated internationally for conservation and original work.

The workshop will take place at Chris Topp and Company Ltd, Carlton Husthwaite, Thirsk, YO7 2BJ

This one day drawing workshop included observational drawing using the Hall, the garden and Coxwold village as subject matter. In the morning Carry encouraged participants to explore different drawing materials and techniques. In the afternoon there was  the opportunity to concentrate on a preferred technique and learn about the drawing techniques of the Great Masters.

Carry Akroyd is a painter and printmaker whose images examine the relationship between wildlife and the farming landscape, but are just as much about colour and composition. She has had a number of successful exhibitions at Shandy Hall and is an experienced tutor.

In this two-day workshop tutor Helen Whittaker introduced participants  to stained glass design and creation using motifs and imagery from St Michael’s Church, Coxwold. Under her expert tuition, they learned how to cut and paint on glass using traditional paints and brushes. The pieces were then fired overnight, and on the second day they learned how to lead the piece into a simple stained glass panel.

The workshop took place at Coxwold Village Hall and included a tour of St Michael’s Church, Coxwold and access to Shandy Hall and Gardens.

Helen Whittaker is Artist/Designer at Barley Studio,York, a stained glass firm renowned for its conservation and new work.

She is an award-winning designer of stained glass windows and architectural sculpture in glass and copper. Helen has an MA in Visual, Islamic and Traditional Arts at the Prince of Wales’s Institute of Architecture and a BA (Hons) from the University of Sunderland in three-dimensional design using glass and ceramics. She is an Associate of the British Society of Master Glass Painters, a Liveryman of the Worshipful Company of Glaziers and a Craft Scholar of the Prince’s Foundation, having received the prestigious Hancock Medal for High Achievement. Since 1998 Helen has been a visiting tutor for the Prince’s School of Traditional Arts, London teaching the techniques of stained glass. She has also given many lectures on the subject of stained glass, and her own work in particular, to a variety of audiences.

Price £90.00 including all materials and equipment

In a two-day oil painting workshop, artist Tom Wood guided participants through the process of making a Still Life painting.  This was chieved through practical work, individual tuition and demonstration. A variety of traditional techniques were studied and students had the opportunity to use objects from the Shandy Hall collection in their painting.

Tom Wood has over 30 years of experience as both educator and artist.  He has exhibited his work widely and his paintings are in numerous public and private collections including the National Portrait Gallery, London.  A patient and popular teacher, Tom will happily share his wide knowledge of paints and painting with you.

Places on the workshop are limited early booking is advised. Book online now.

In a two day workshop, artist Tom Wood guided participants through the process of painting a portrait including the mixing of flesh tones, blocking in and establishing an effective composition. Examples throughout the ages from Gainsborough to Gilbert and George were studied.  Special attention was be given to Shandy Hall’s famous double portraits including Uncle Toby and Widow Wadman by CR Leslie.

Working from a model and using oil paints, each person had the opportunity to make a portrait in a creative, supportive and inspiring environment.

Tom Wood is a renowned portrait painter with his work in numerous collections around the world including portraits of H.R.H. The Prince of Wales, Lord Robert Winston and Alan Bennett for the National Portrait Gallery. Over two days he introduced participants to his working methods and numerous techniques using his wide knowledge of the history of portraits as his guide.

Over two days, artist Tom Wood took participants through the basics of making an oil painting – from effective blocking in, to glazing, finishing and varnishing. This was achieved through practical work, individual tuition and demonstrations using both theory and practice. Each participant had the opportunity to make an oil painting from start to finish in a creative, supportive and inspiring environment.

Tom Wood has over 30 years of experience, as both educator and artist.  He has exhibited his work widely and his paintings are in numerous public and private collections including the National Portrait Gallery, London.  A patient and popular teacher, Tom will happily share his wide knowledge of paints and painting with you.

Suitable for both the beginner and the more experienced artist.

Materials – Participants will supply their own materials. A list of materials and suppliers will be e-mailed well in advance.

The weekend will include a visit to Shandy Hall and opportunity to view Tom’s latest exhibition ‘Cocks and Bulls’.

Christopher Rowlatt started bookbinding in 1976 under Alan Brooke at Watford Technical College, where in 1977 he was introduced to paper marbling.

Christopher says “I learnt marbling by doing it. When I had acquired an understanding of the craft I vowed that I wouldn’t be secretive, it’s such a delight to teach this wonderful craft.”