Home > Gardens > Through the Seasons

In dark December it sometimes seems as though the garden will never be green again, and everything is still, though frost and snow can bring their own beauty to the garden.

In January the snowdrops start to appear, and the yellow aconites, until the garden is covered with carpets of them. From then on it is a race to keep up with the changing scene.

The wild garden is at its best in the springtime, April and May. The birdsong at this time of year is uplifting and getting up very early to listen to the dawn chorus is irresistible. (Visits can be arranged)

Washes of colour succeed each other in the quarry garden – yellow and white daffodils and narcissi give way to bluebells, the pink of campion, mixed with white and mauve sweet rocket, and the wild umbellifers.

Smyrnium perfoliatum (Green Alexanders). This unusual plant with its strange habit of growth lights up the garden with zingy green wherever it chooses to seed. 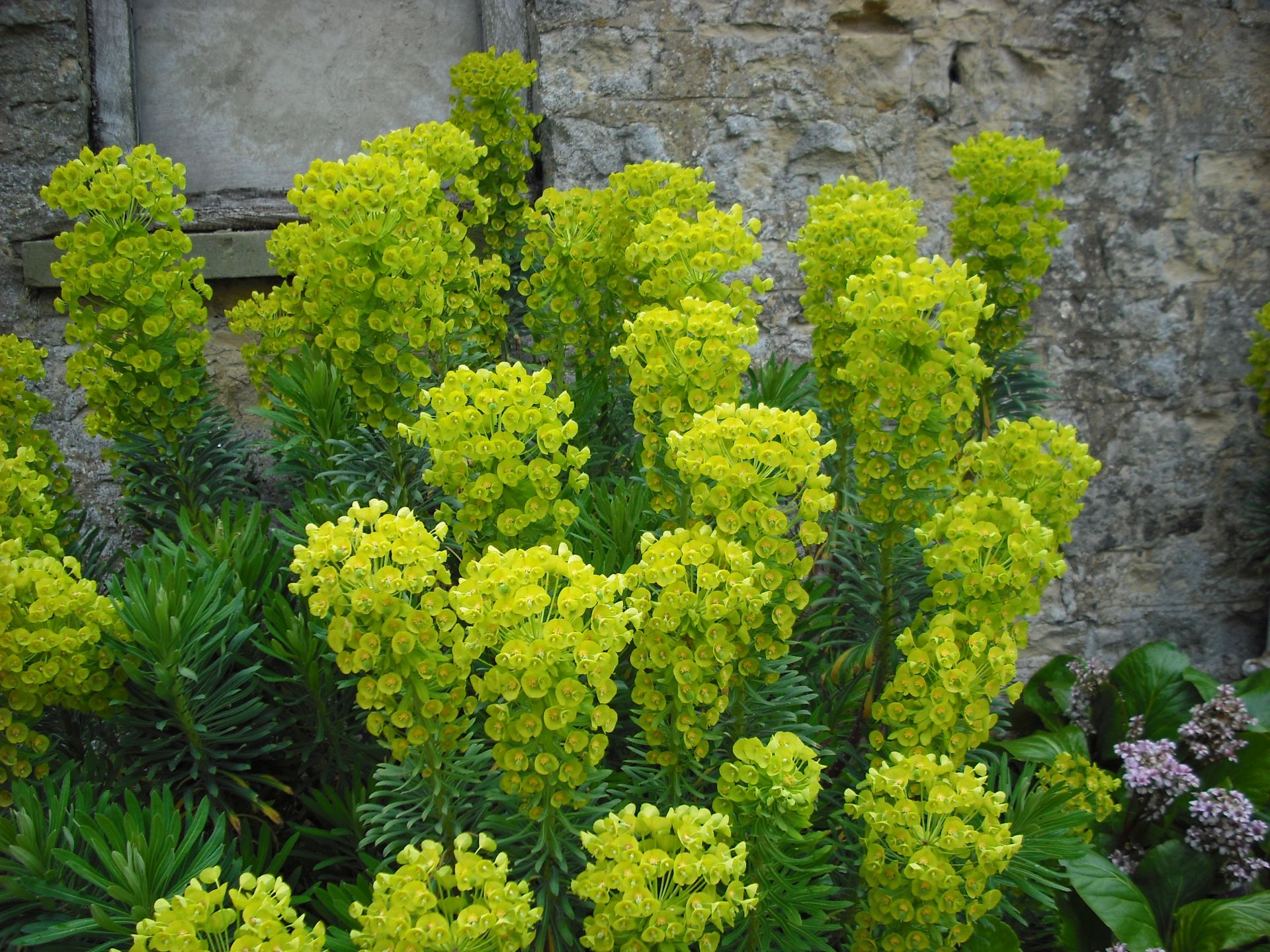 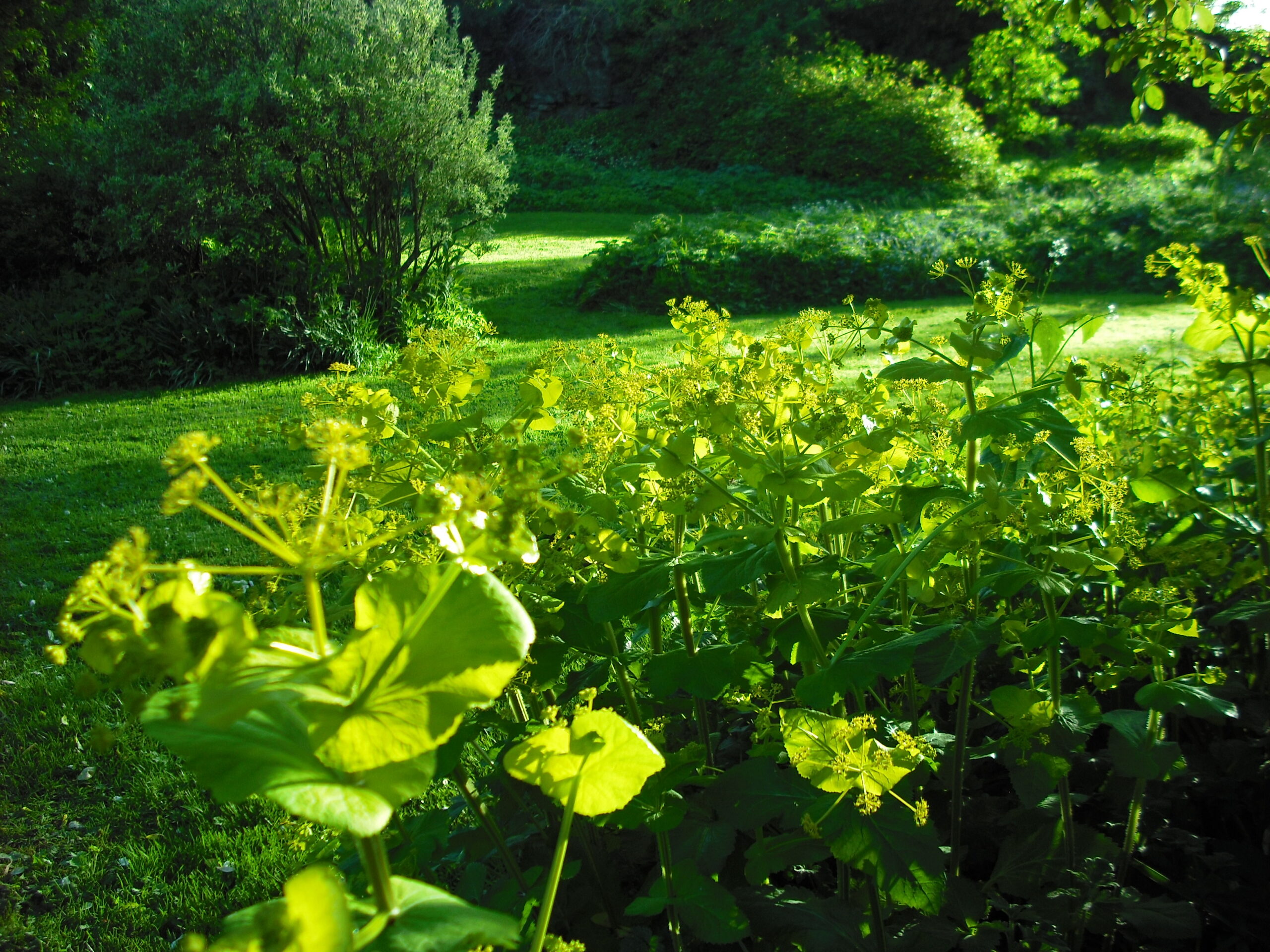 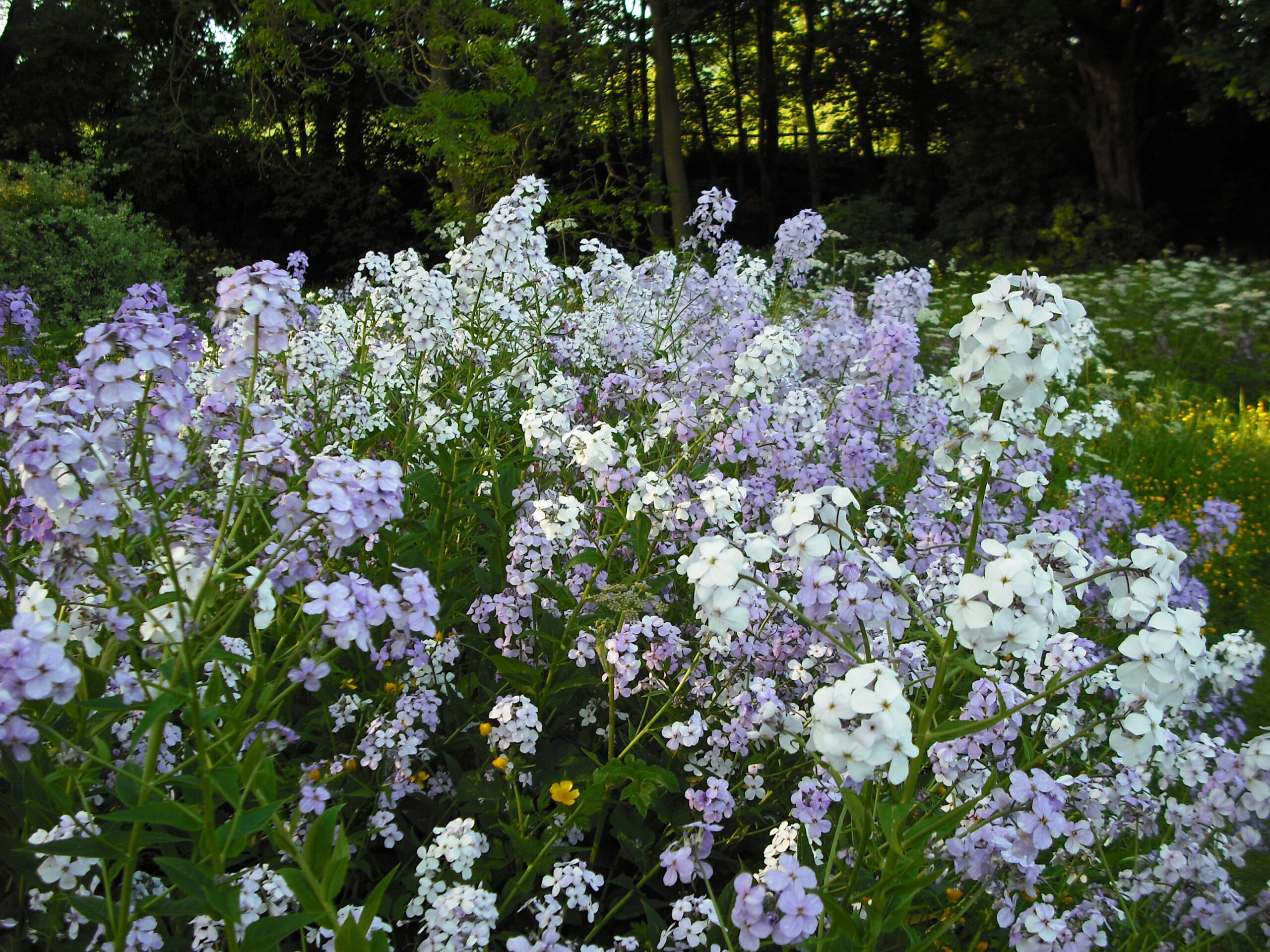 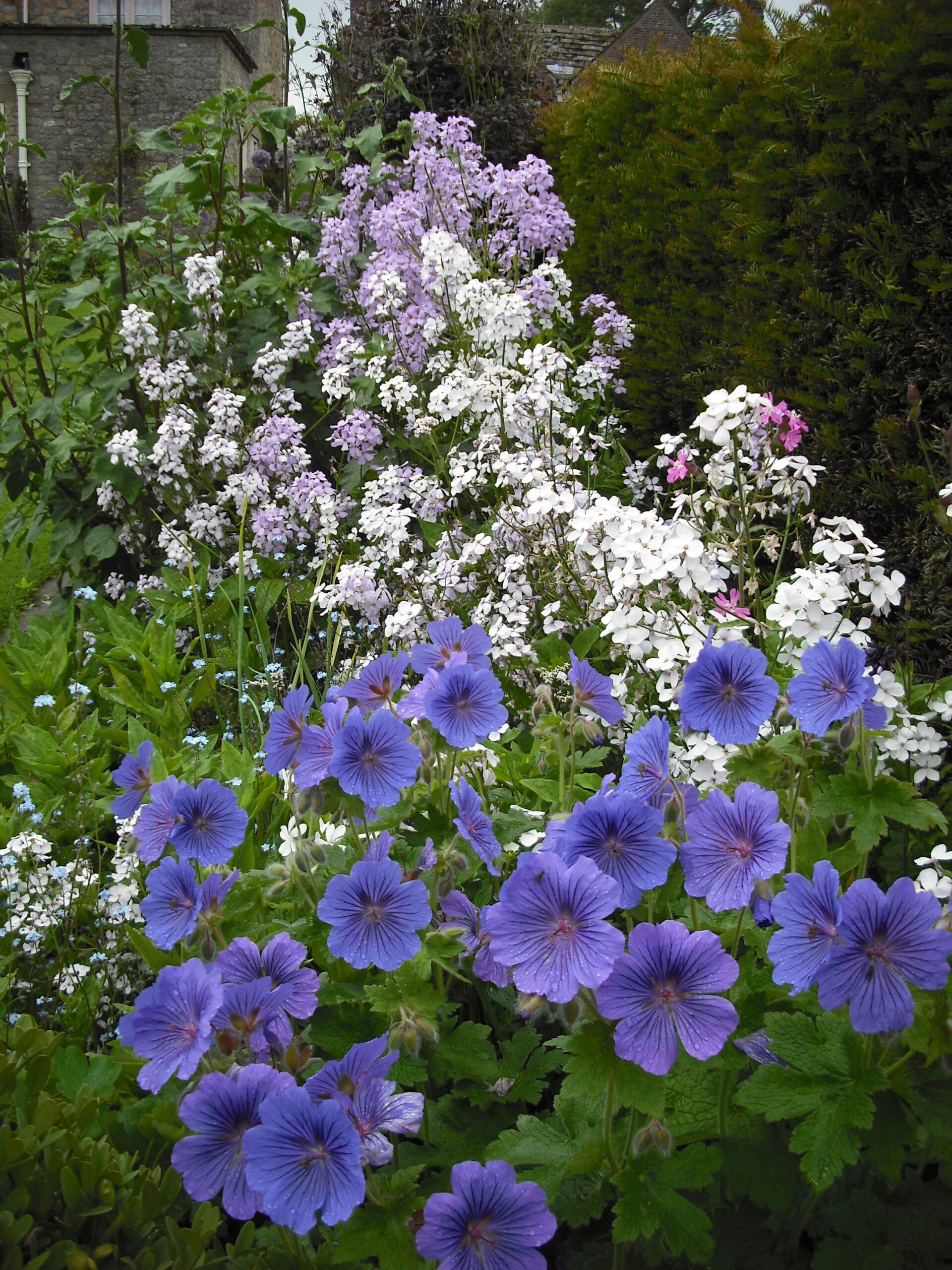 In the barn garden the huge tree peony in the north east corner shows its yellow flowers.

The roses begin – there are over 100 in the gardens, nearly all old, scented varieties, and like most old roses they have one flush of flowering – so a visit before the end of June is the time to see them at their best. 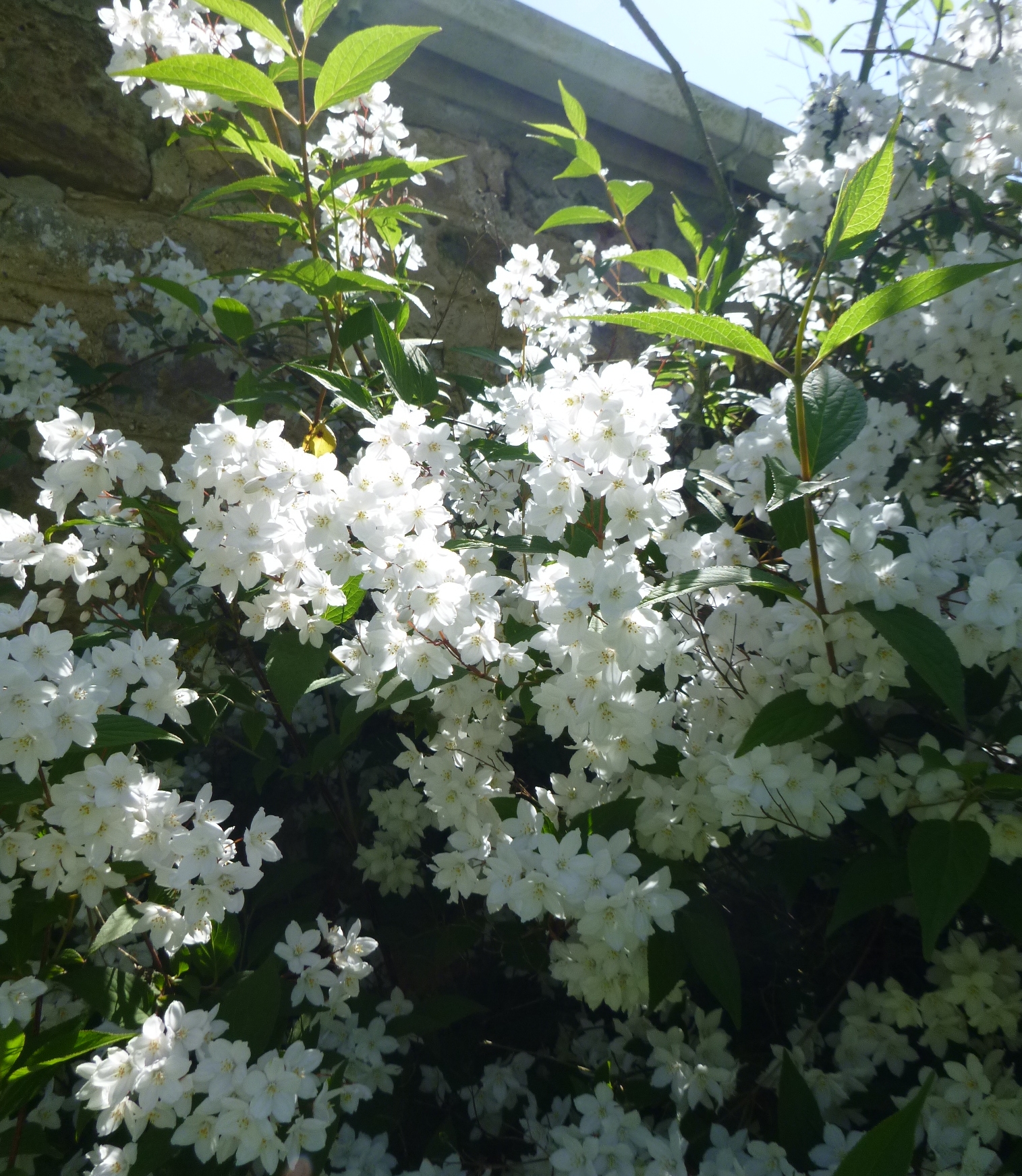 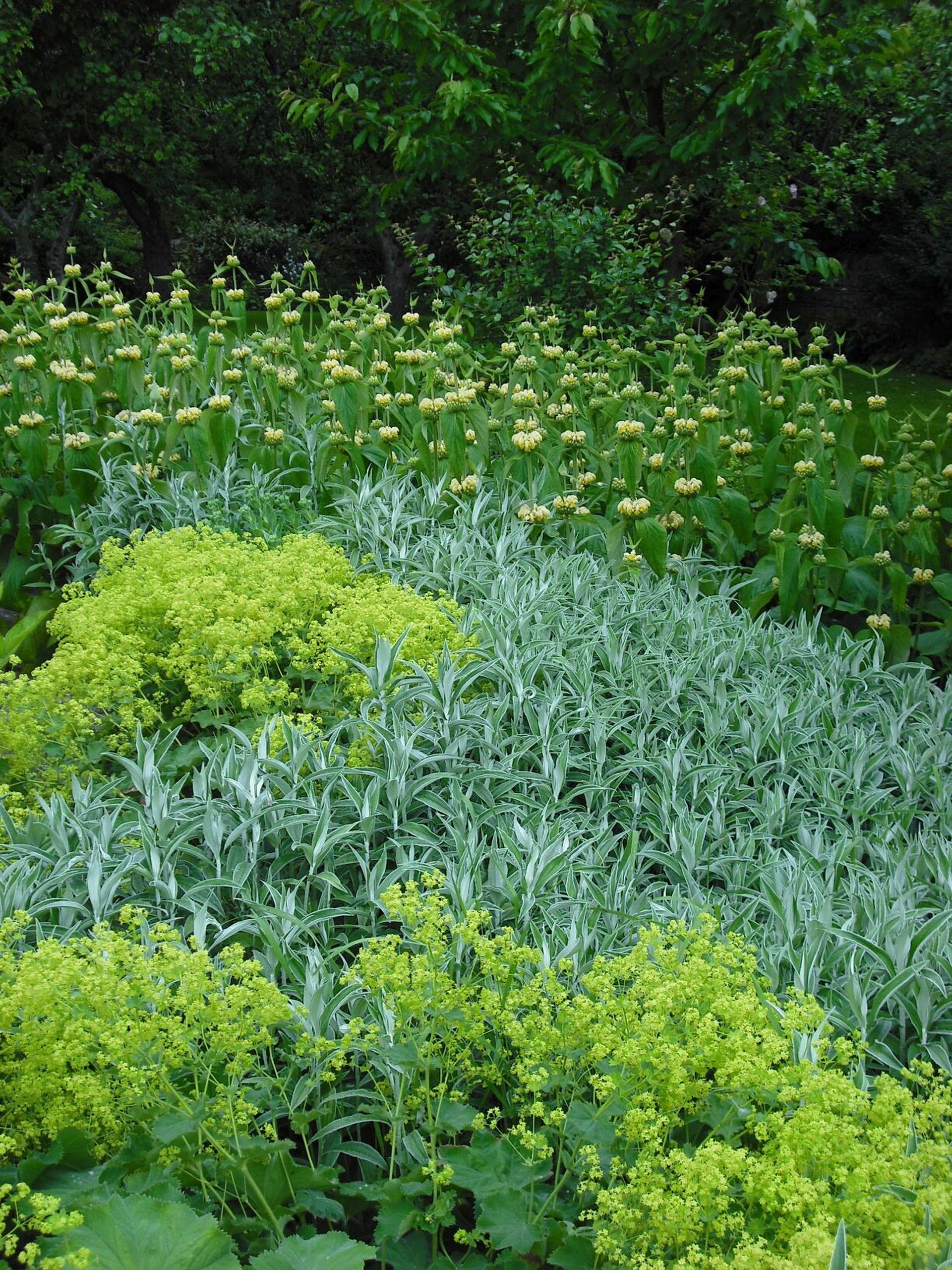 Blue Cranesbills and creamy Meadowsweet take the place of the earlier flowers in the meadow, along with white stands of Great Northern Bellflower.

In later summer the large meadow areas have to be left before scything. The seeds we want to self-sow need to ripen and fall, and the seeds we don’t want to spread (such as hogweed, nettle, dock) have to be weeded out before the meadow is cut. This is the time when the beauty of the wild garden is not so obvious – it can look like just rough brown grass to the uninitiated. (Great Dixter has a similar situation and had to produce a leaflet called ‘Why our meadows are brown’)

There is still much wildlife to be seen as ever, and delights to be found. 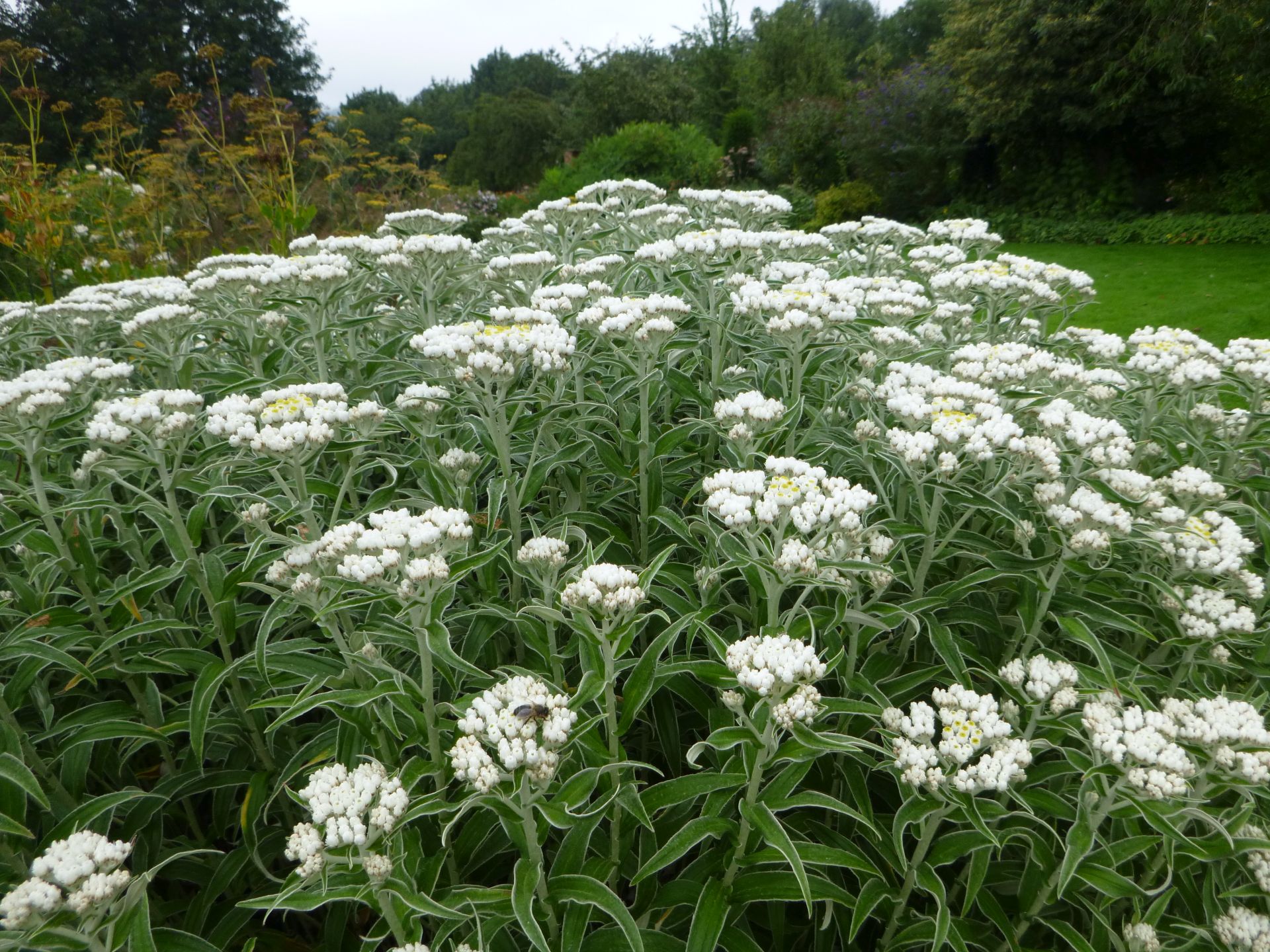 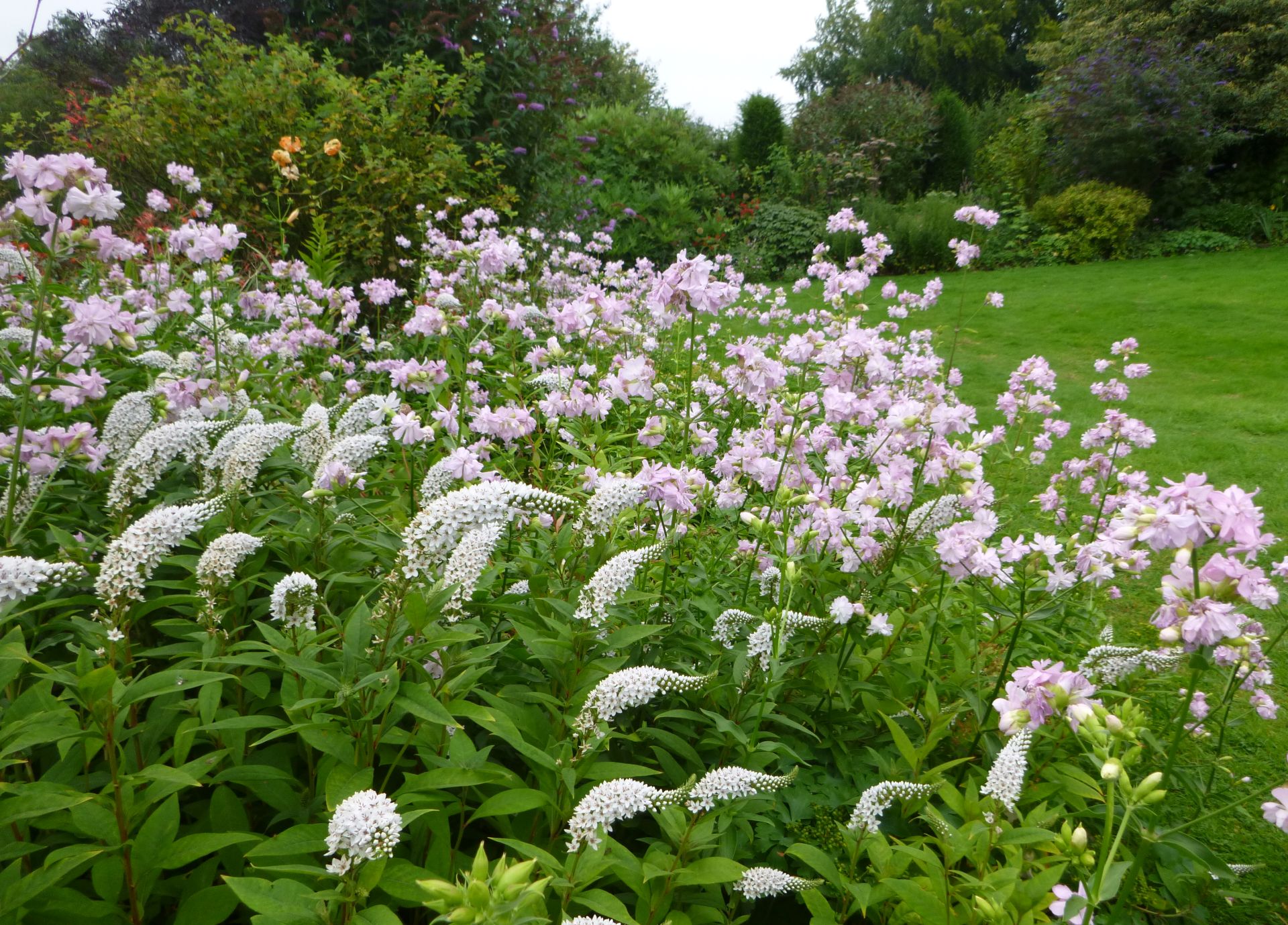 In the rest of the garden colours start to shift to the red and yellow end of the spectrum. Autumn fruits begin to ripen, the Crimson Glory Vine cloaks the trees at the back of the orchard, which is heavy with apples, all to be made into apple juice. 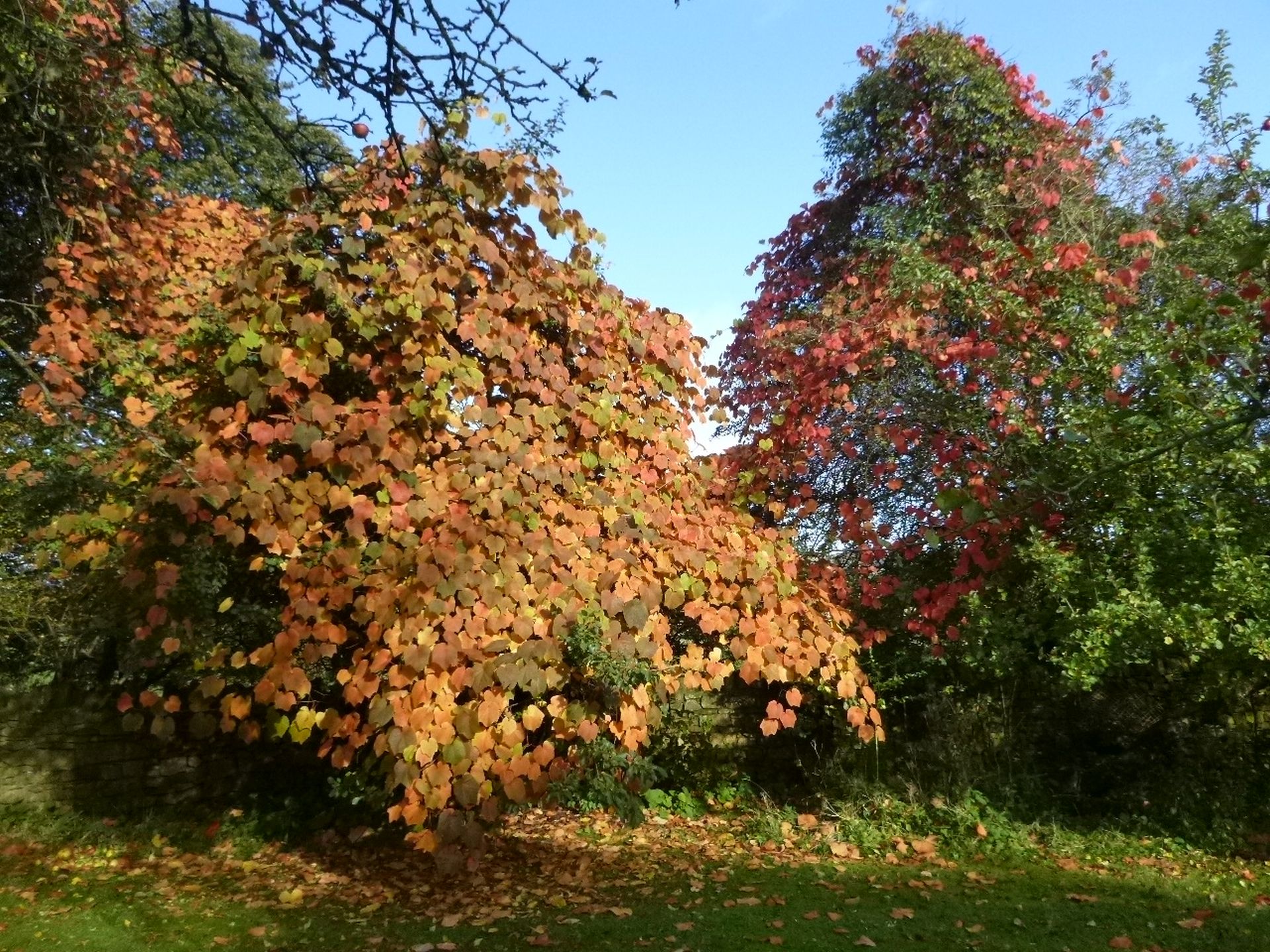 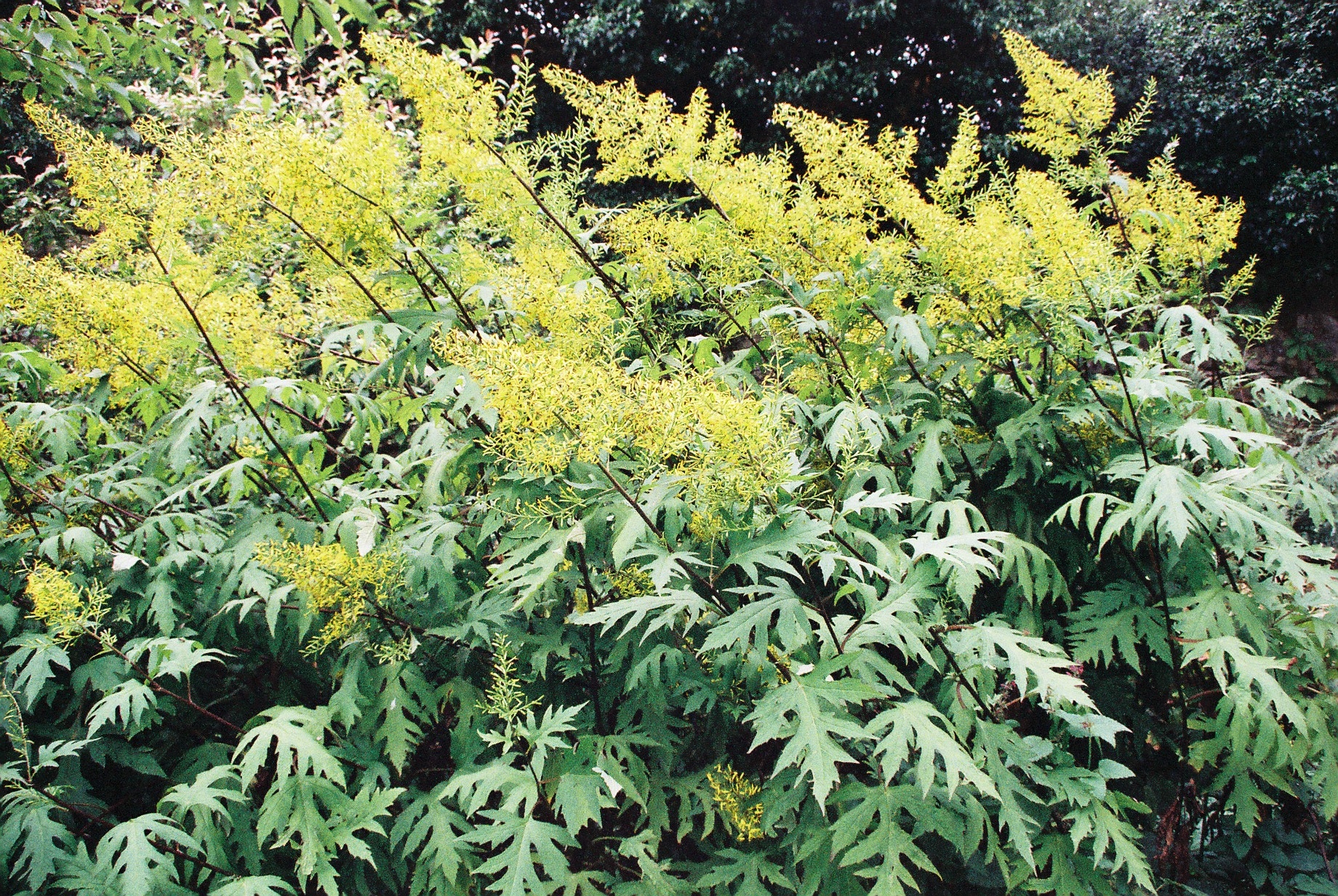