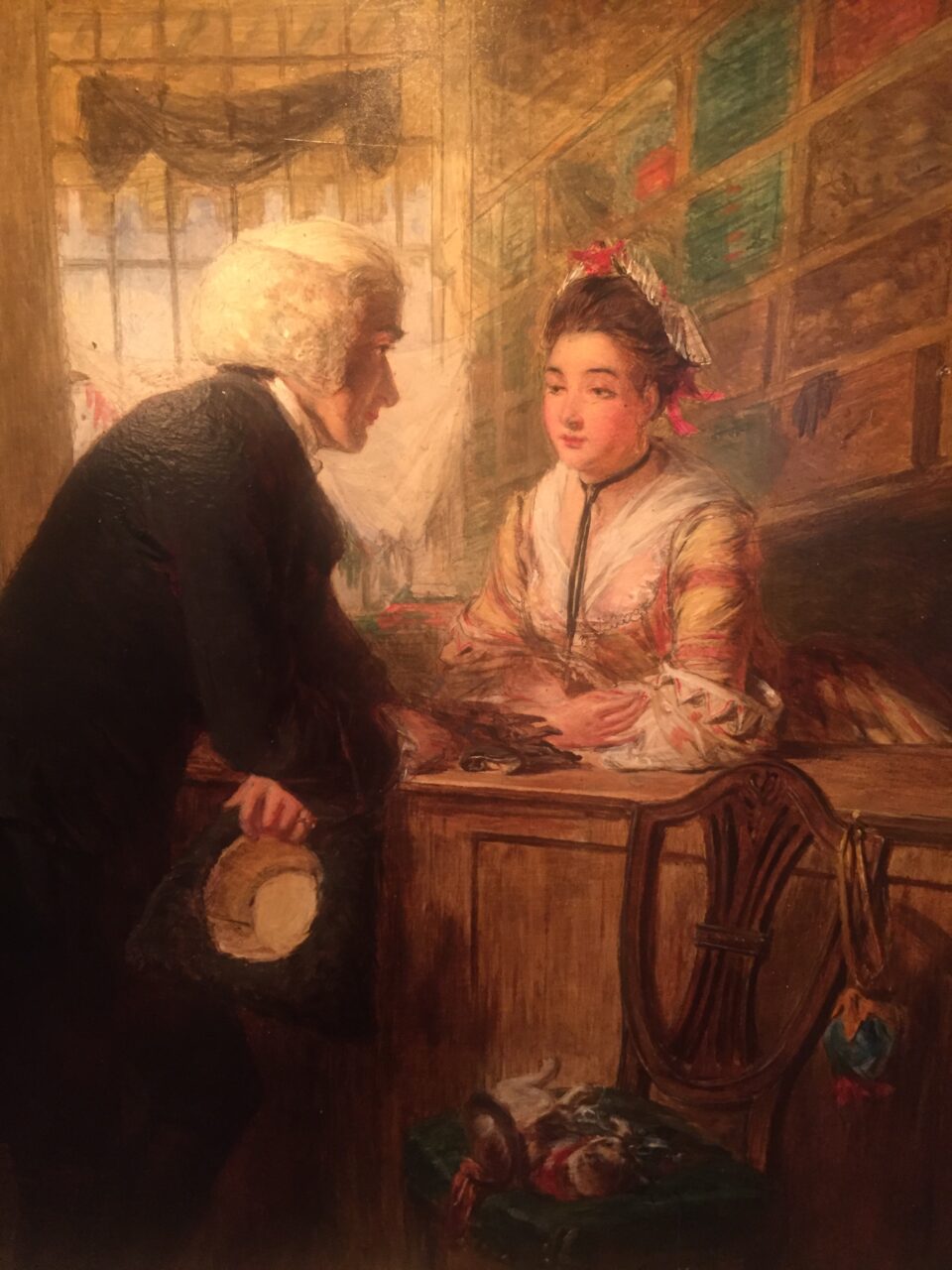 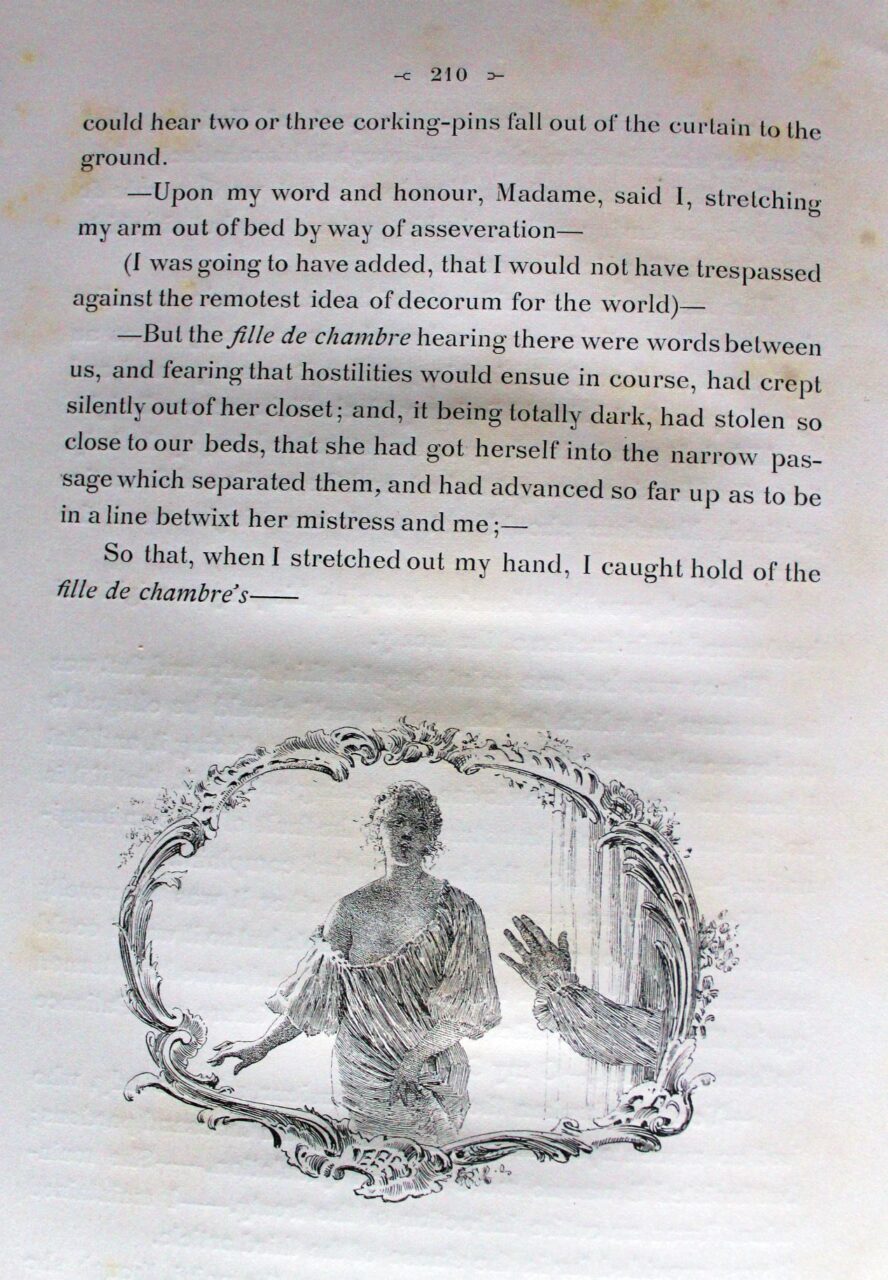 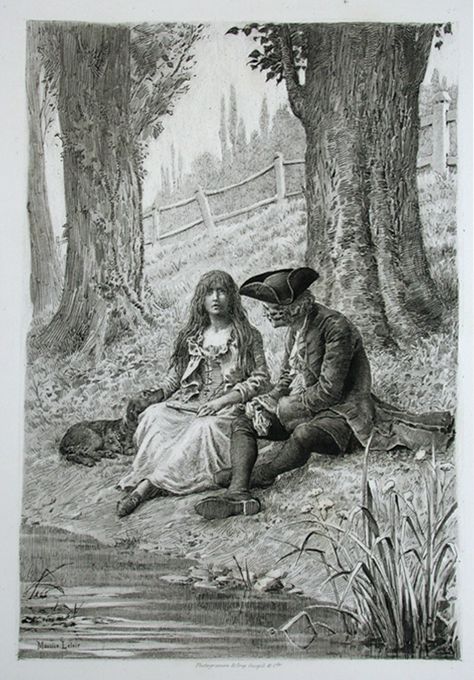 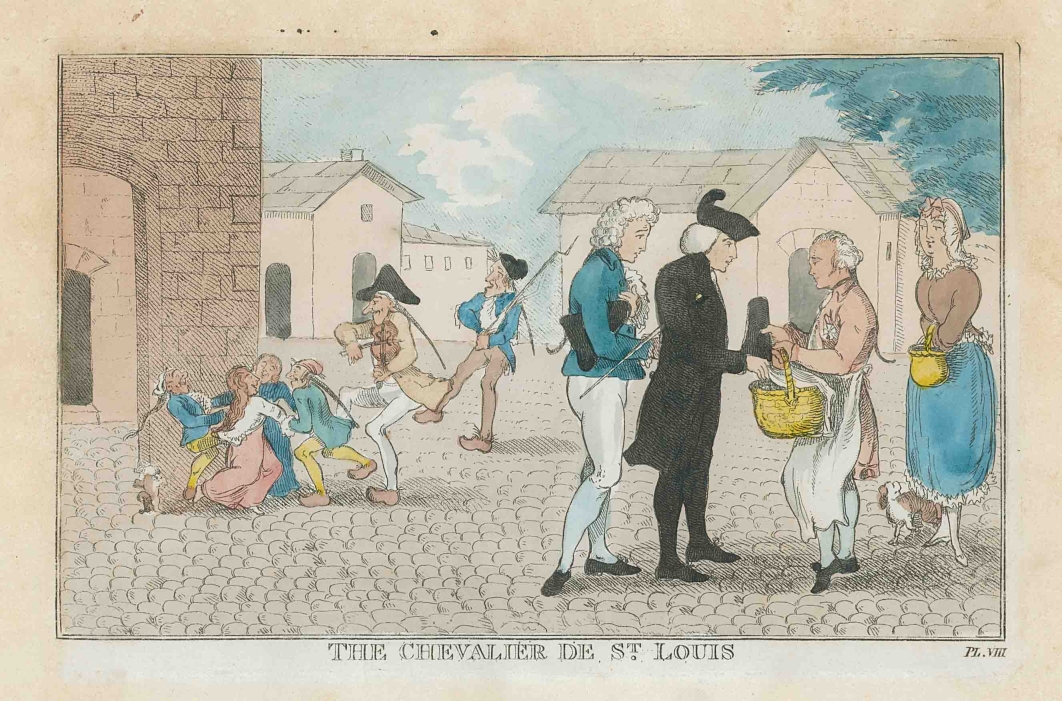 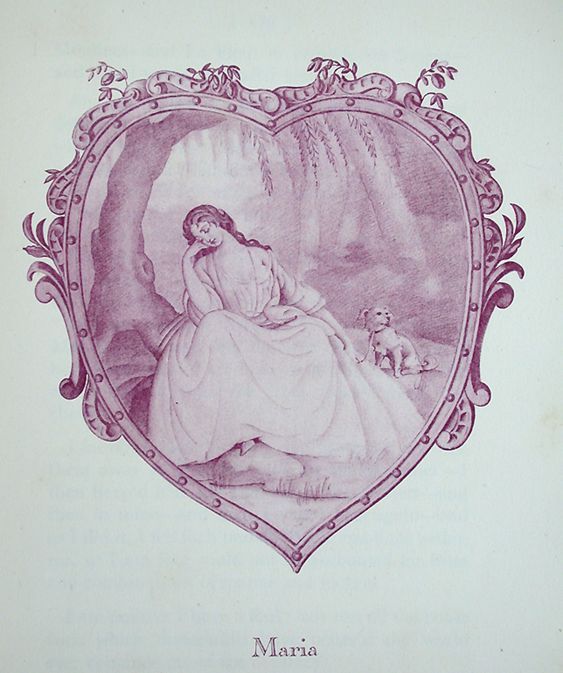 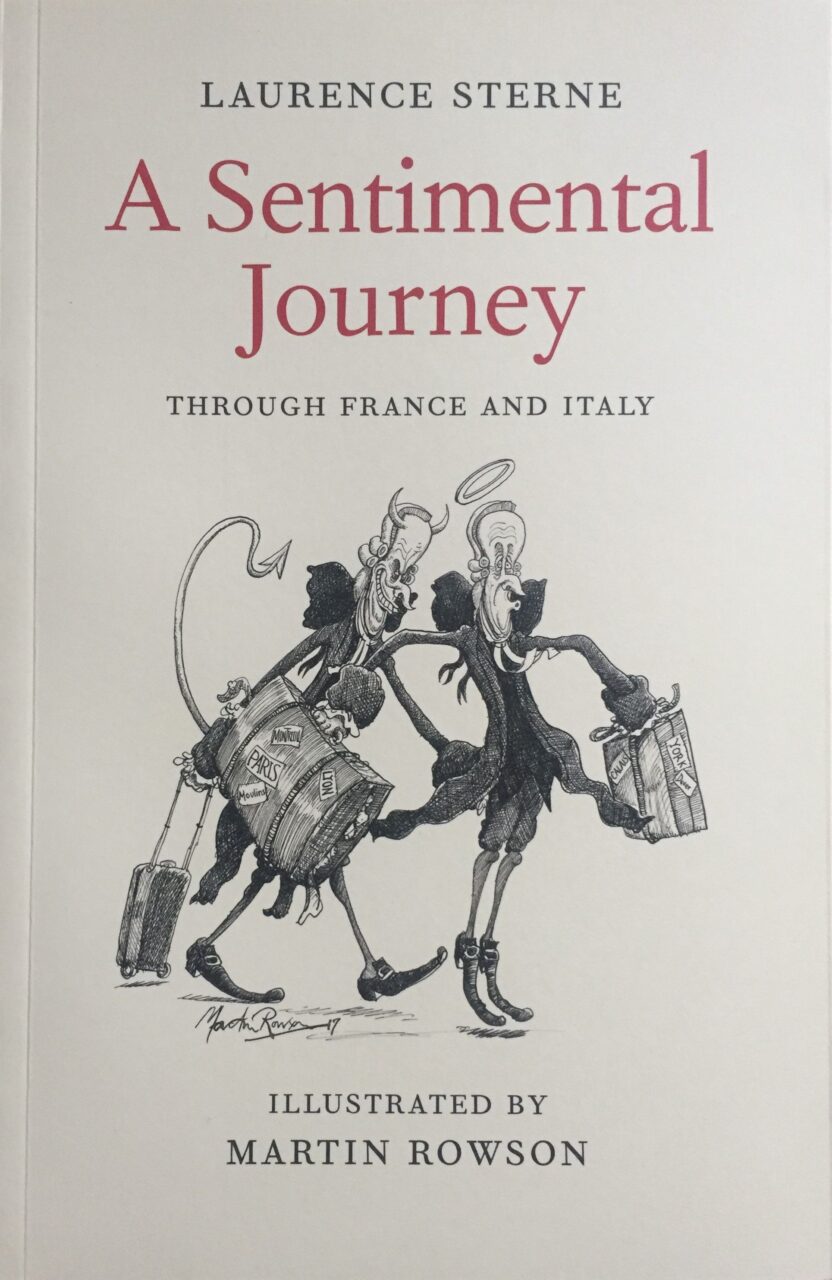 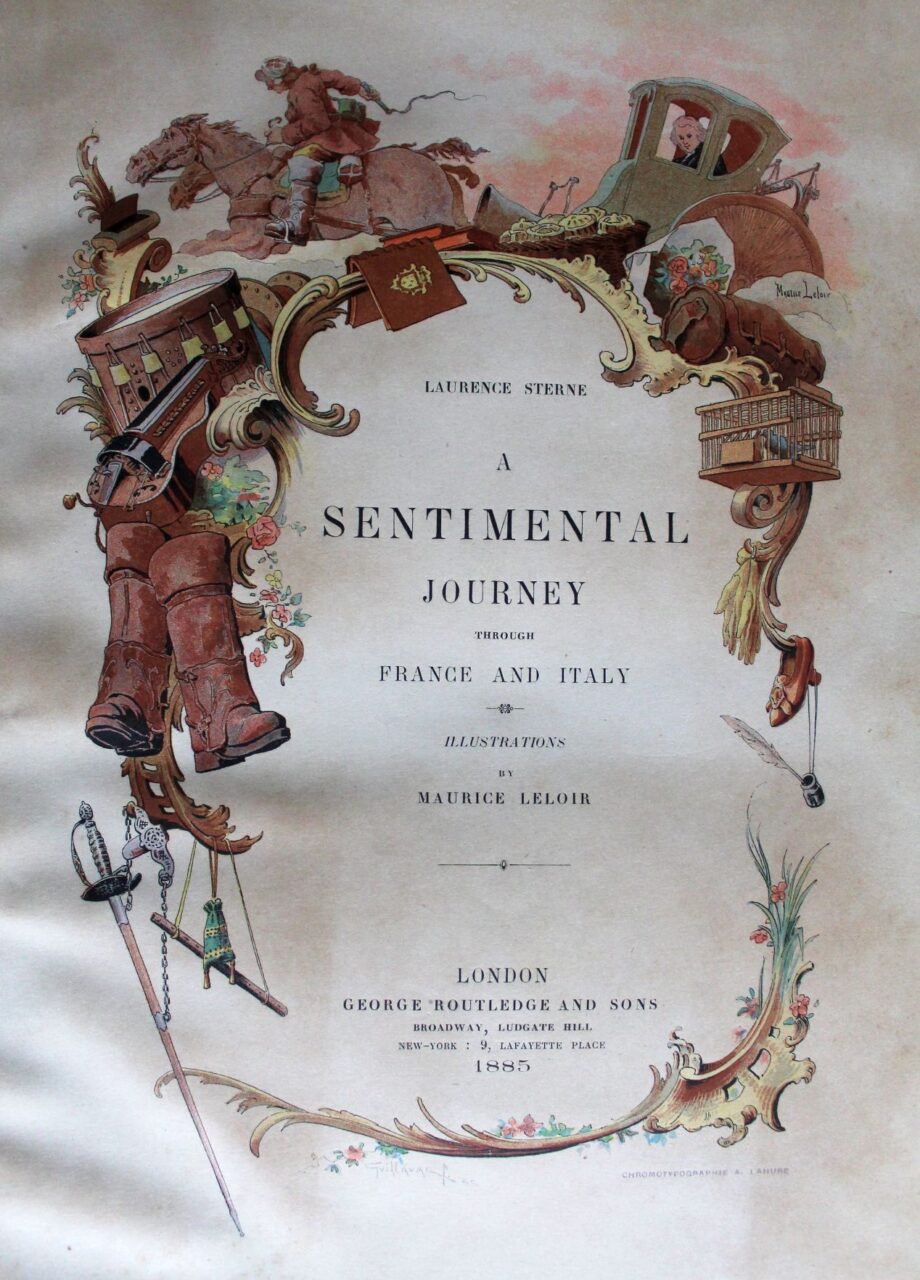 In 1765 Sterne had travelled to the continent in an attempt to ease the debilitating symptoms of tuberculosis. His experiences became the basis for his second, unfinished novel, A Sentimental Journey Through France and Italy (1768).

Less experimental than Tristram Shandy, the novel was likewise a huge success, helping to establish travel writing as a dominant genre.

The protagonist — Tristram Shandy’s Parson Yorick — travels through France (Sterne’s death while writing the novel meant that Yorick never reached Italy), recording his ‘sentimental’ encounters and impressions of those he meets. Many of the vignettes within the novel are still justly famous, from the emotional encounter with the ‘Beautiful Grisette’, or glove-seller, to Yorick’s sympathy for the lovelorn ‘Poor Maria’ (which even inspired Wedgwood ceramic designs) and the infamously unfinished episode with the ‘Fille de Chambre’, where the book ends (in possibly risqué territory).