From the hundreds of sermons that the Reverend Sterne would have given during his lifetime, a total of forty-five are published.

In May 1760 he published two volumes of The Sermons of Mr Yorick, which collected sermons he had given in York, Sutton-on-the-Forest and Stillington in North Yorkshire. The works of ‘Yorick’, Sterne’s alter ego in Tristram Shandy and A Sentimental Journey, were immensely popular. The later printed collections included a famous sermon, ‘Hezekiah and the Messengers’, which he originally preached in Paris on 25 March 1764 at the English Embassy. The audience including Hume, Wilkes, Diderot and possibly Voltaire. Sterne teased the congregation by saying that he would convert them from ‘Deism to Shandeism’, and he was right; the Sermons outsold even his novels. 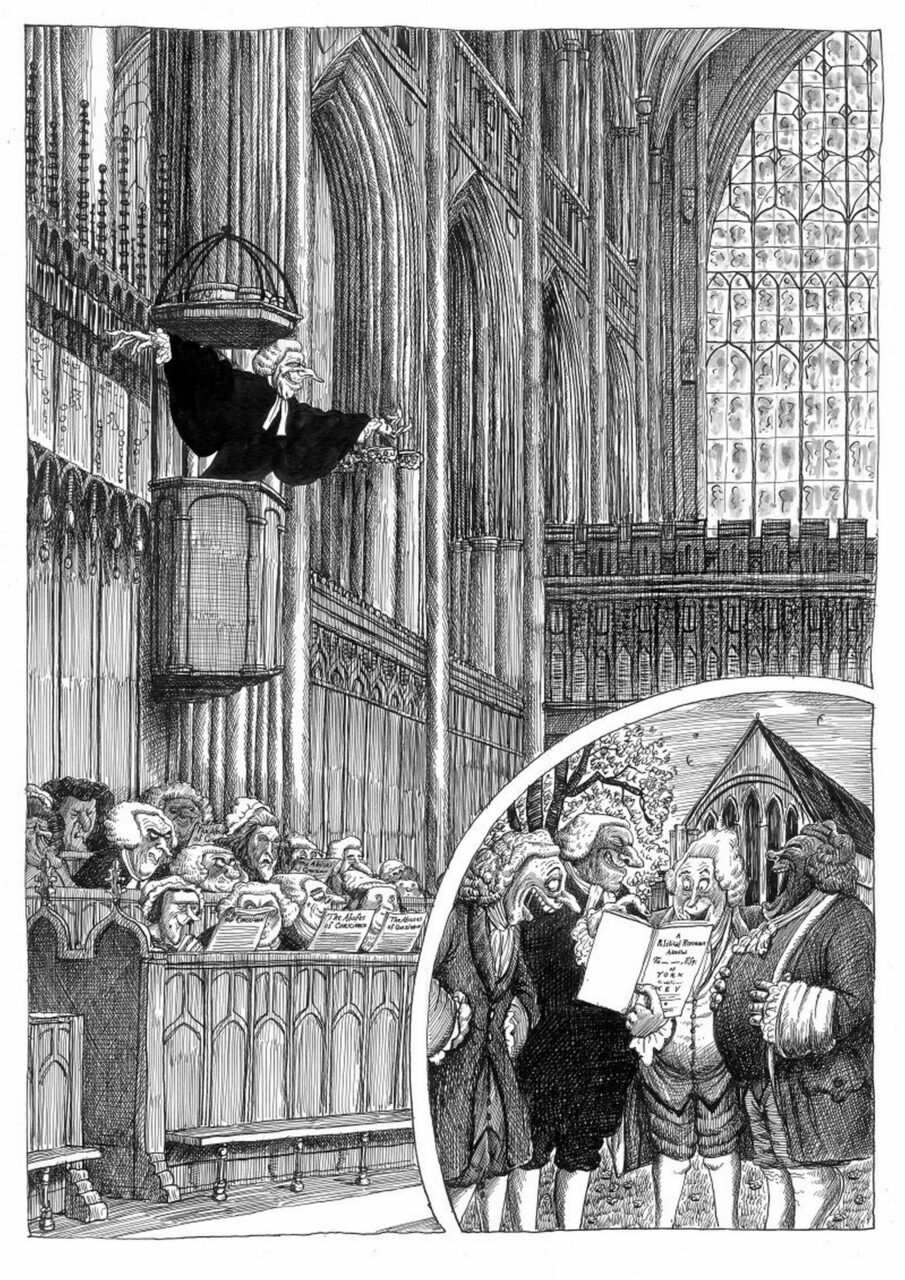 Two contemporary illustrations by political cartoonist Martin Rowson show Sterne preaching. Inspired by William Hogarth’s The Rake’s Progress, Rowson was commissioned to produce ‘Yorick’s Progress’. Each of the eight drawings makes reference to a milestone in the last years of Sterne’s life, from 1759-1768. In one of the drawings Sterne is shown preaching the sermon ‘Hezekiah and the Messengers’ in Paris, and in another he is preaching ‘The Abuses of Conscience’ in York Minster.

This sermon has particular significance as it was included in Volume 2 of Tristram Shandy where it was attributed to the fictional Parson Yorick.

In 2013, Incline Press produced a special edition of Hezekiah and the Messengers to celebrate Sterne’s tercentenary.

See a full list of Sterne’s sermons and their texts.

The collection at Shandy Hall includes over 300 editions of Sterne’s sermons.

Sterne's sermon, The Case of Hezekiah and the Messengers

Minster Performance in celebration of the 300th anniversary of Sterne's birth. Centres around Sterne's sermon, The Case of Hezekiah and the Messengers, performed by David Bradley, with choirs and music

Voice from the Pulpit DVD 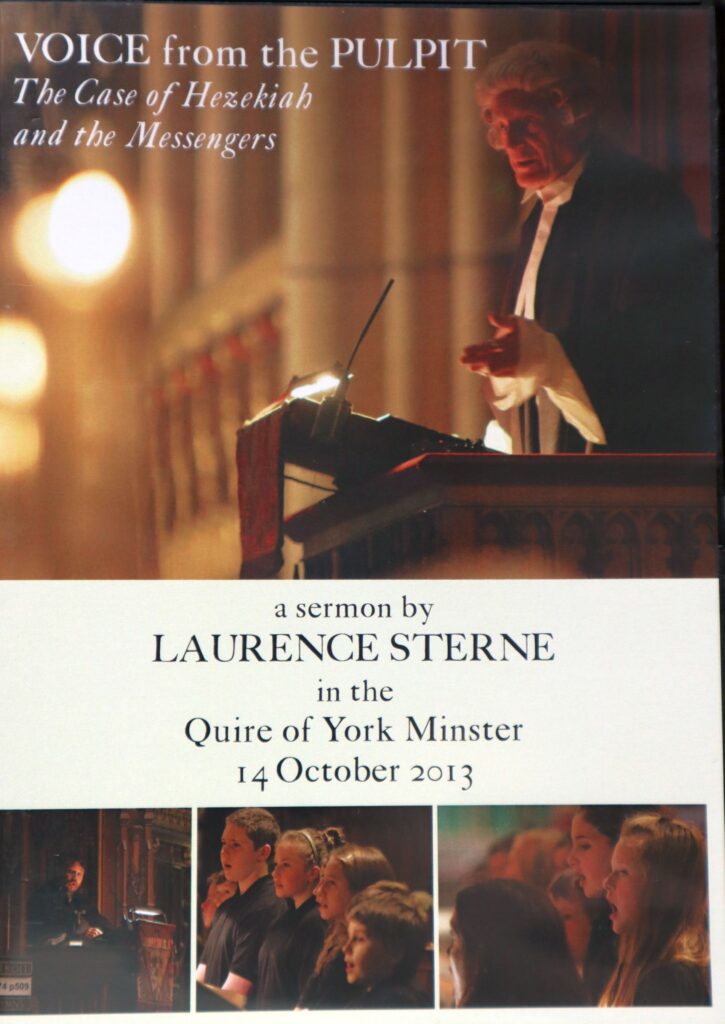 Voice from the Pulpit CD

Voice from the Pulpit CD 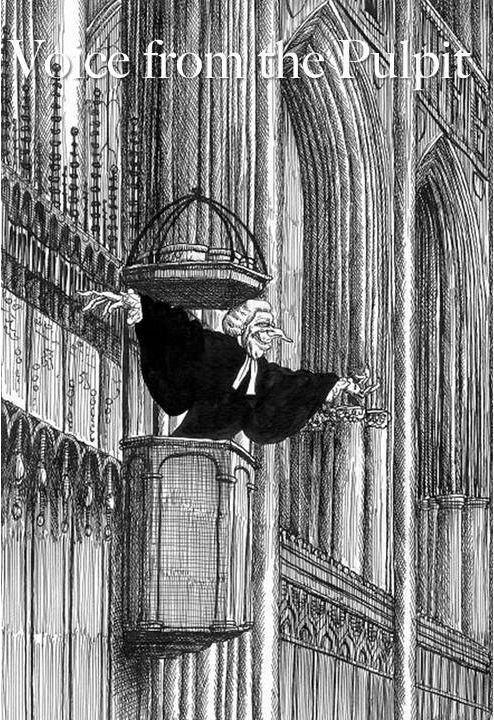