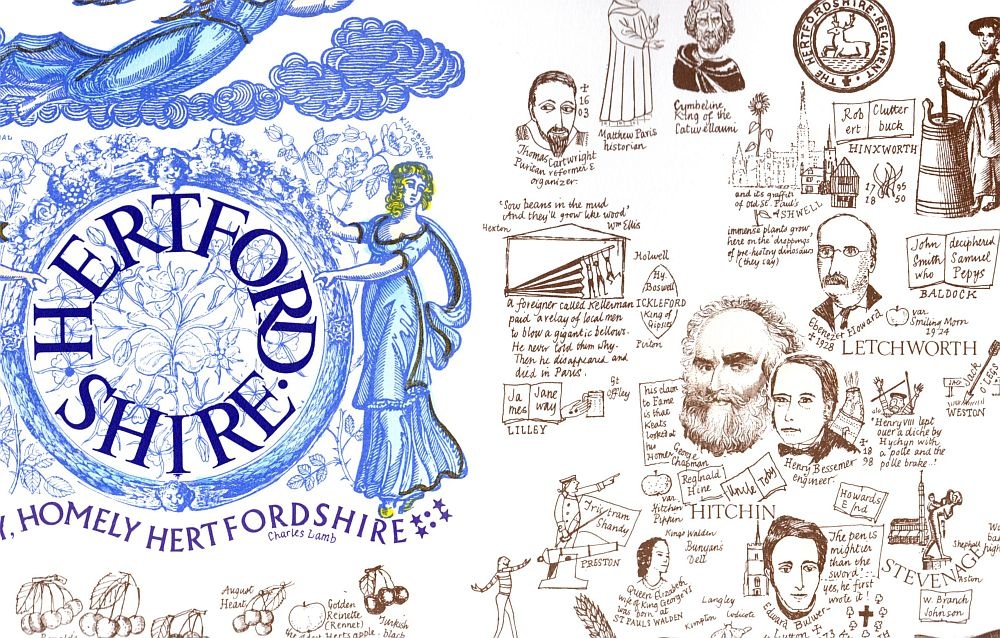 The Trust was recently given a very generous donation of a number of copies of the Quince Tree Press edition of The County Maps of England – each one signed by the artist/writer JL Carr.

We have a limited number of County Maps available. Please contact us to enquire if the one you want is available before ordering.

Joseph (James) Lloyd Carr was born in the North Riding of Yorkshire in 1912, the youngest child of a Railwayman. He attended Castleford Secondary School and later Goldsmiths Teacher Training College. After teaching in Hampshire and Birmingham, interrupted by his service flying reconnaissance missions during the Second World War, he became headmaster of Highfields Primary School, Kettering, in 1951. In 1967, having already had two novels published, A Day in Summer and A Season in Sinji, Carr decided to leave teaching and devote his time to publishing and writing. His fifth novel, A Month in the Country (1980), was short-listed for the booker prize and later won the Guardian Fiction Prize. It was also made in to a feature film. His sixth novel The Battle of Pollock’s Crossing was also short-listed for the Booker Prize. Other notable books by Carr include What Hetty Did (1988) and How Steeple Sinderby Wanderers Won the FA Cup (1975). He also produced two volumes of Extraordinary English Cricketers. Later, Carr concentrated on his publishing business that included over one hundred 16 page small books, decorated with his own artwork. During his life in Northamptonshire Carr also produced a series of paintings of scenes from the county.