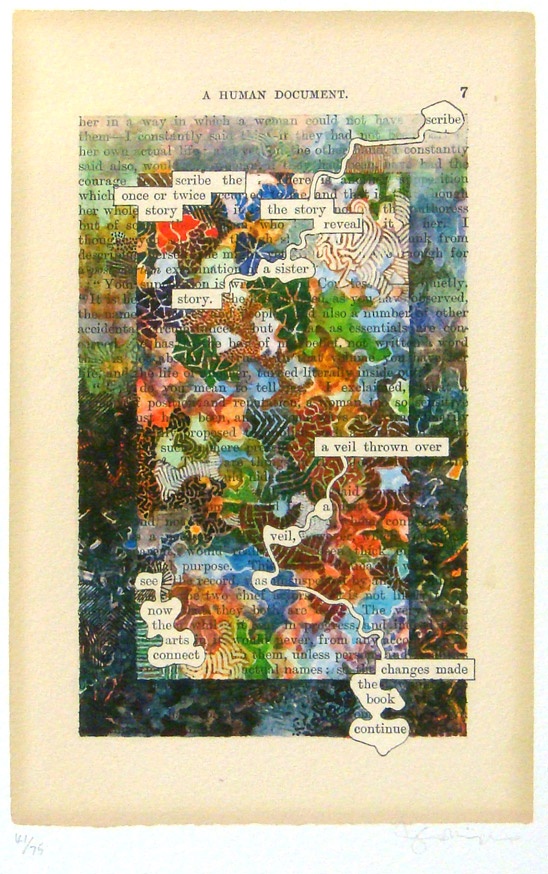 Kindly donated by the artist to The Laurence Sterne Trust. Price includes delivery.

TOM PHILLIPS was born in 1937 in London where he still lives and works. As an internationally established artist and prominent Royal Academician he is represented in museum collections worldwide. He is best known for his book A Humument (which remains a work in progress) and his work on Dante’s Inferno which he translated and illustrated (as co-director of the TV version he won the Italia Prize). Major retrospectives of his paintings have been held on both sides of the Atlantic including National Portrait Gallery, Yale Center, Royal Academy, Musee d’Art Moderne, Paris and, in 1997 Dulwich Picture Gallery. His musical compositions include the opera Irma which has been recorded several times and the song suite Six of Hearts. His theatre projects include designing The Winter’s Tale for the opening season of the Shakespeare’s Globe Theatre, and translating and designing Otello for the ENO in 1998. He is currently working with composer Tarik O’ Regan on a libretto for a chamber opera of Conrad’s Heart of Darkness. In 2008 he designed a production of The Magic Flute for Opera Holland Park. From 1985 to 2007 he was Chairman of the Exhibitions Committee at the Royal Academy of Arts and has served as a trustee of both the National Portrait Gallery and the British Museum