Home > Shop > The Life and Opinions of Tristram Shandy, Gentleman.

The Life and Opinions of Tristram Shandy, Gentleman. 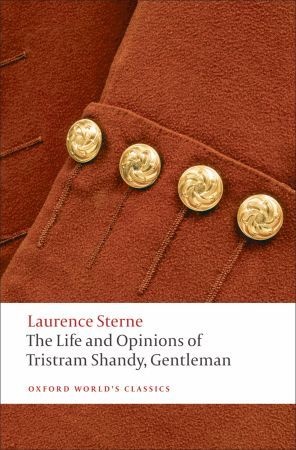 This revised edition of Sterne’s extraordinary comic novel retains the text based on the first editions of the original nine volumes, with Sterne’s later changes, adds two illustrations by William Hogarth, and expands and updates the introduction, bibliography, and notes, to make this the most critically up-to-date edition available.

The Life and Opinions of Tristram Shandy, Gentleman is an experimental novel by Laurence Sterne, published in nine volumes from 1759 to 1767. Narrated by Shandy, the story begins at the moment of his conception and diverts into endless digressions, interruptions, stories-within-stories, and other narrative devices. The focus shifts from the fortunes of the hero himself to the nature of his family, environment, and heredity, and the dealings within that family offer repeated images of human unrelatedness and disconnection. The narrator is isolated in his own privacy and doubts how much, if anything, he can know for certain even about himself. Sterne broke all the rules: events occur out of chronological order, anecdotes are often left unfinished, and sometimes whole pages are filled with asterisks or dashes or are left entirely blank. Sterne is recognized as one of the most important forerunners of psychological fiction.Sterne himself published volumes 1 and 2 at York late in 1759, but he sent half of the imprint to London to be sold. By March, when he went to London, Tristram Shandy was the rage, and he was famous. His London bookseller brought out a second edition and two more volumes of Tristram Shandy; thereafter, Sterne was his own publisher.