Voice from the Pulpit performance DVD 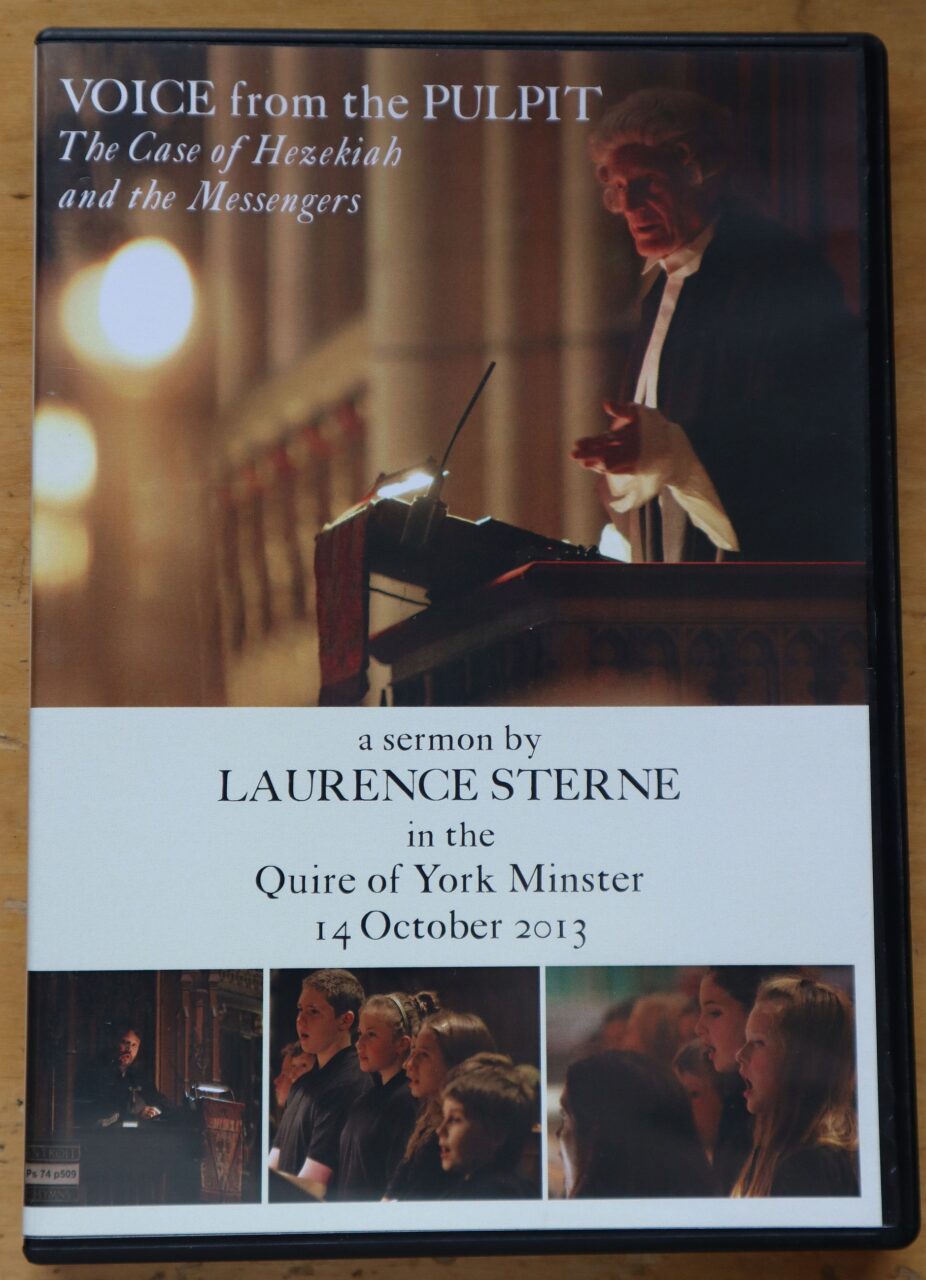 Voice from the Pulpit was a special performance in the Quire of York Minster to celebrate the 300th anniversary of the birth of Laurence Sterne.

It was a concert inspired by Sterne’s final sermon, The Case of Hezekiah and the Messengers from 1764. It featured the premiere performance of David Owen Norris’s new composition, ‘STERNE was the MAN’, written especially for Sterne’s tercentenary. The concert  included period instruments, voice and four school choirs.

Voice from the Pulpit included a reading of The Case of Hezekiah and the Messengers by Sterne himself in the guise of Yorkshire-born actor David Bradley. Bradley is well-known for his roles in television and film including Harry Potter and will star as William Hartnell, the first Doctor Who actor in the BBC Two drama An Adventure in Space and Time.