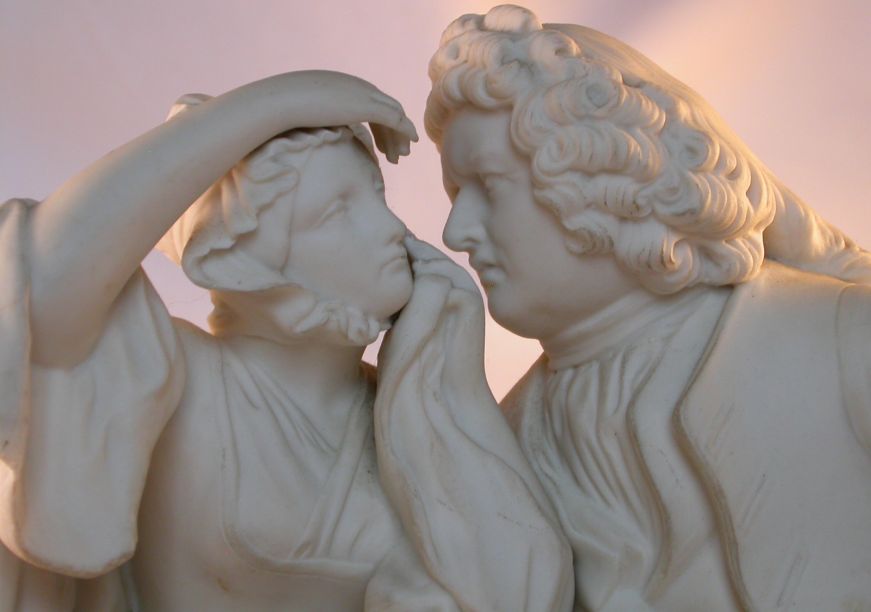 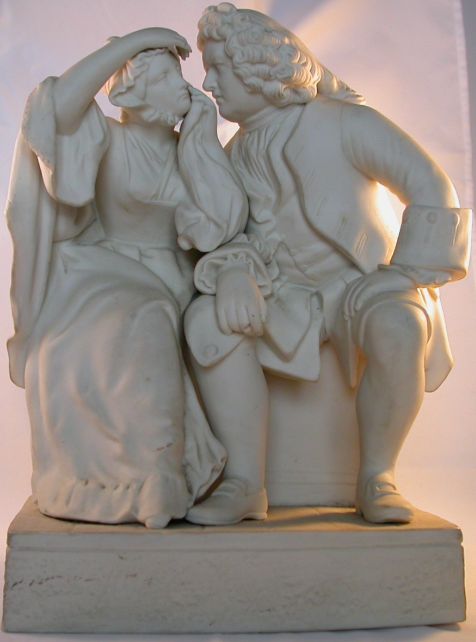 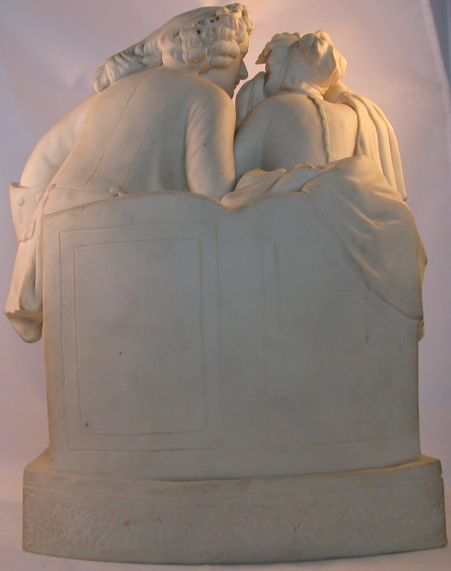 A ceramic model featuring Uncle Toby and Widow Wadman, made by Copeland.

The model is parian ware. There is a Copeland stamp and a date stamp on the base at the rear. The date indicates that it was produced in April 1890. Records at the Spode Museum Trust show that ‘Uncle Toby and the Widow Wadman’ was first issued in about 1870, suggesting that the piece was made for a period of at least twenty years.

The original price of the model was £1 4s., but by 1877 the price had dropped to £1 and by 1884 it was 15s. Copeland made a good profit on the piece as it only cost 2/3d. to produce. There are no records suggesting that the model was produced in different versions but it certainly differs from another that exists by Copeland. This other version is in a private collection and is 2cm higher, owing to a thicker base and the positioning of the figures.

Purchased by the Trust in 1986 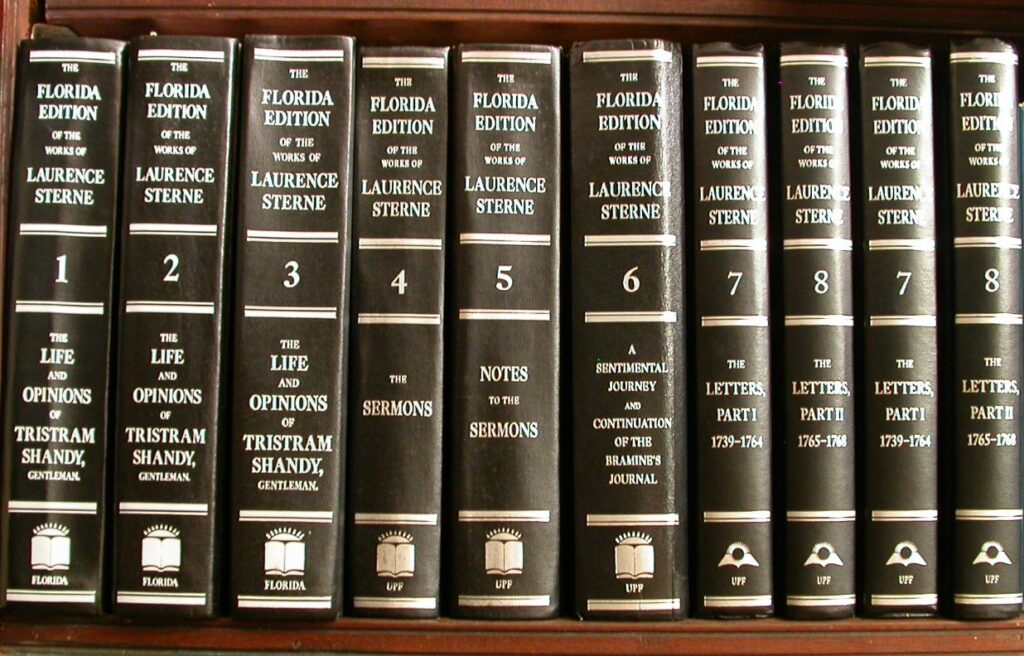