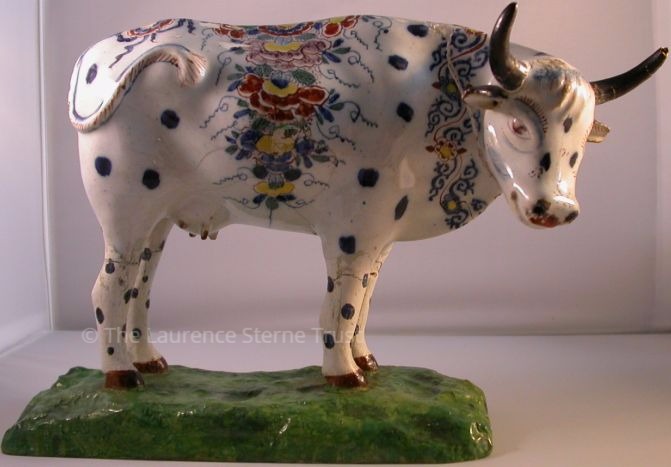 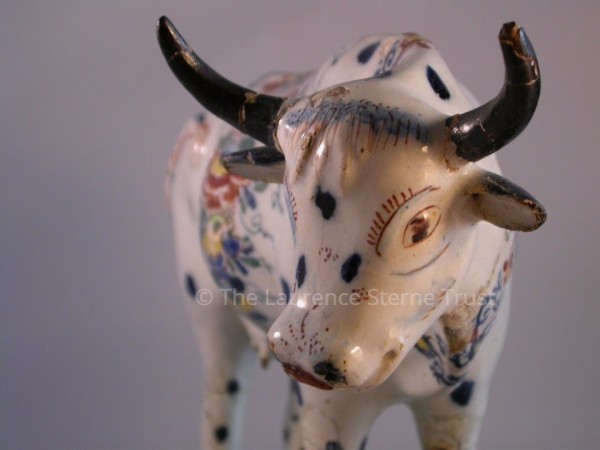 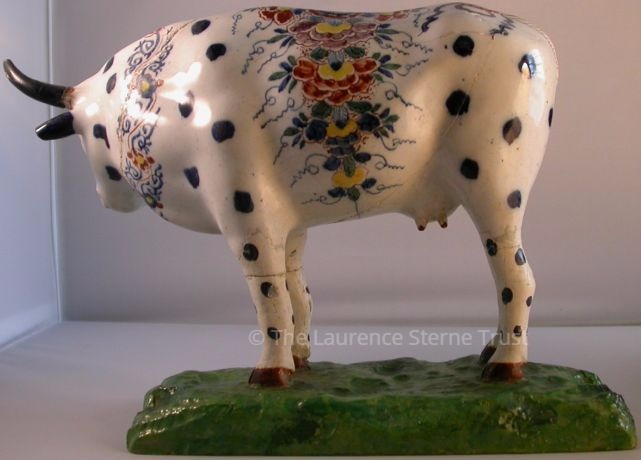 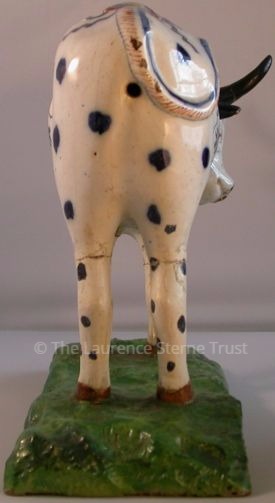 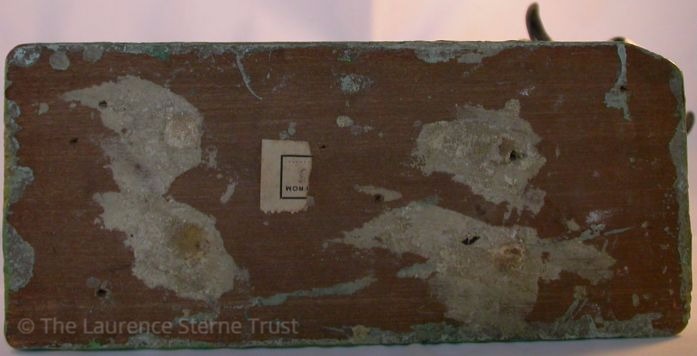 A porcelain cow believed to have been owned by Laurence Sterne

The Delft porcelain cow, from Rouen, was believed to have been purchased by Sterne during a visit to France in the 1760s and brought back to Shandy Hall where it remained until his death in 1768. It then came into the possession of a domestic servant at Shandy Hall, the great-grandmother of Thomas Goodrick, who later inherited the cow after it was passed down through his family. In 1927 Thomas Goodrick was a retired shoemaker, over eighty years of age, living at Fern Cottage in Kilburn, near Coxwold. An affidavit exists, written by Thomas Parsons Cooper, testifying to these facts.

On the 25 June 1927 he sold the cow to Lewis Perry Curtis, an English professor and the editor of Sterne’s letters. After the death of Curtis in 1972, his widow Jane kindly donated the cow to the Laurence Sterne Trust.

The cow was repaired by Professor Curtis including the green porcelain base upon which the cow stands. The cow itself is white in colour, with decoration including blue dots on its legs and body and multicolored floral decoration on its back and around its neck. Its horns are black. 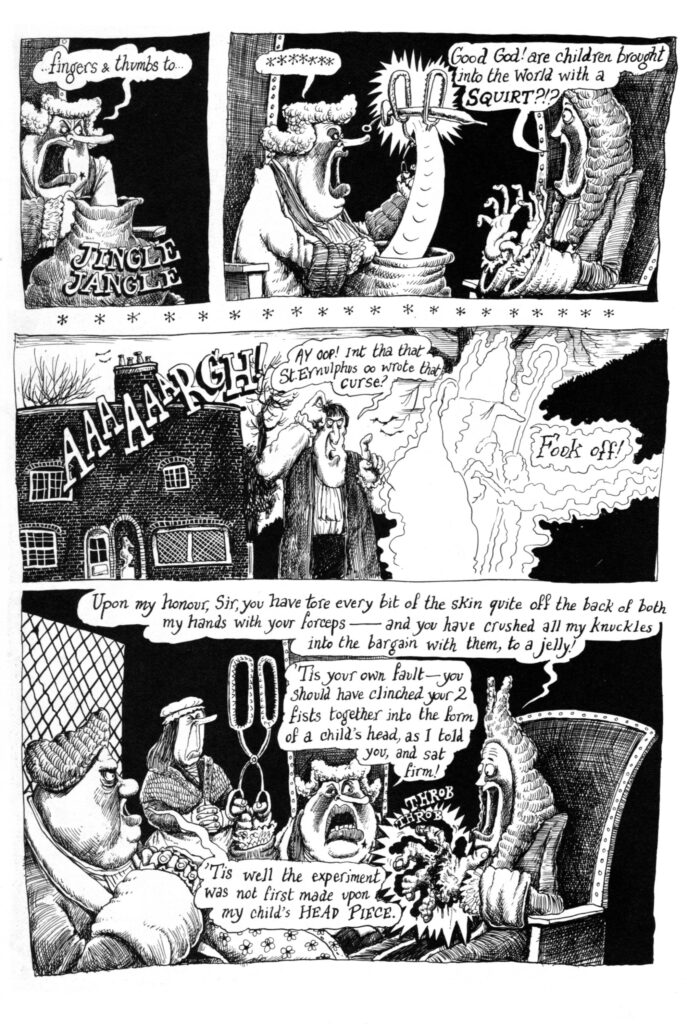 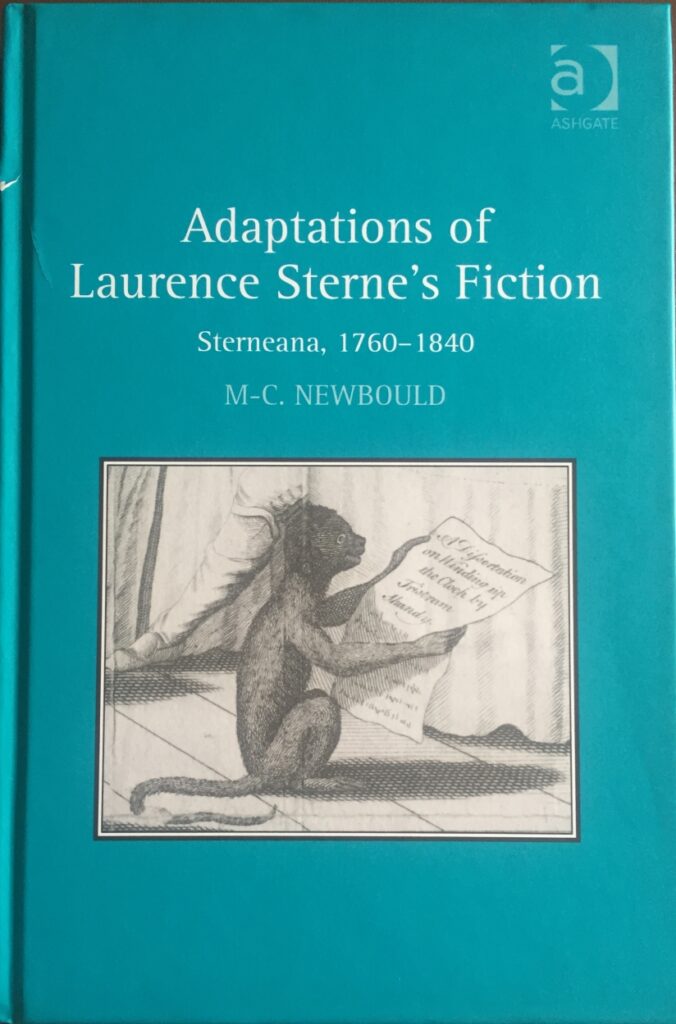