It would be either a Shoulder Stripe or a Water Carpet, or at least that is what I thought when this delta-winged moth appeared this morning.  Shoulder Stripe (Anticlea badiata) was what it turned out to be.  The woody markings and upraised abdomen making a delightful picture. Look carefully and you will see how the different bands of colour on the antennae (almost hidden on the surface of the wings), mirror the colours beneath – each different section fitting exactly to each different background. Remarkable and complete in repose.  The Shoulder Stripe can be seen in many different shades but the wing patterns are always the same.  Anticlea was the mother of Ulysses.  She died of grief when her son was absent for six years during the Trojan war; badiata means ‘bay coloured’. 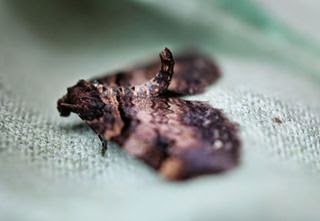 The image above shows the abdomen when the moth is resting – or sleeping – or whatever moths do during the day.  Staying out of sight is their speciality.

Beneath can be seen an illustration of the Shoulder Stripe flitting among bedstraw, which is not the food plant.  This moth has been recorded ‘drinking fluid on rose-hips’.  A worthy new species – number 330. 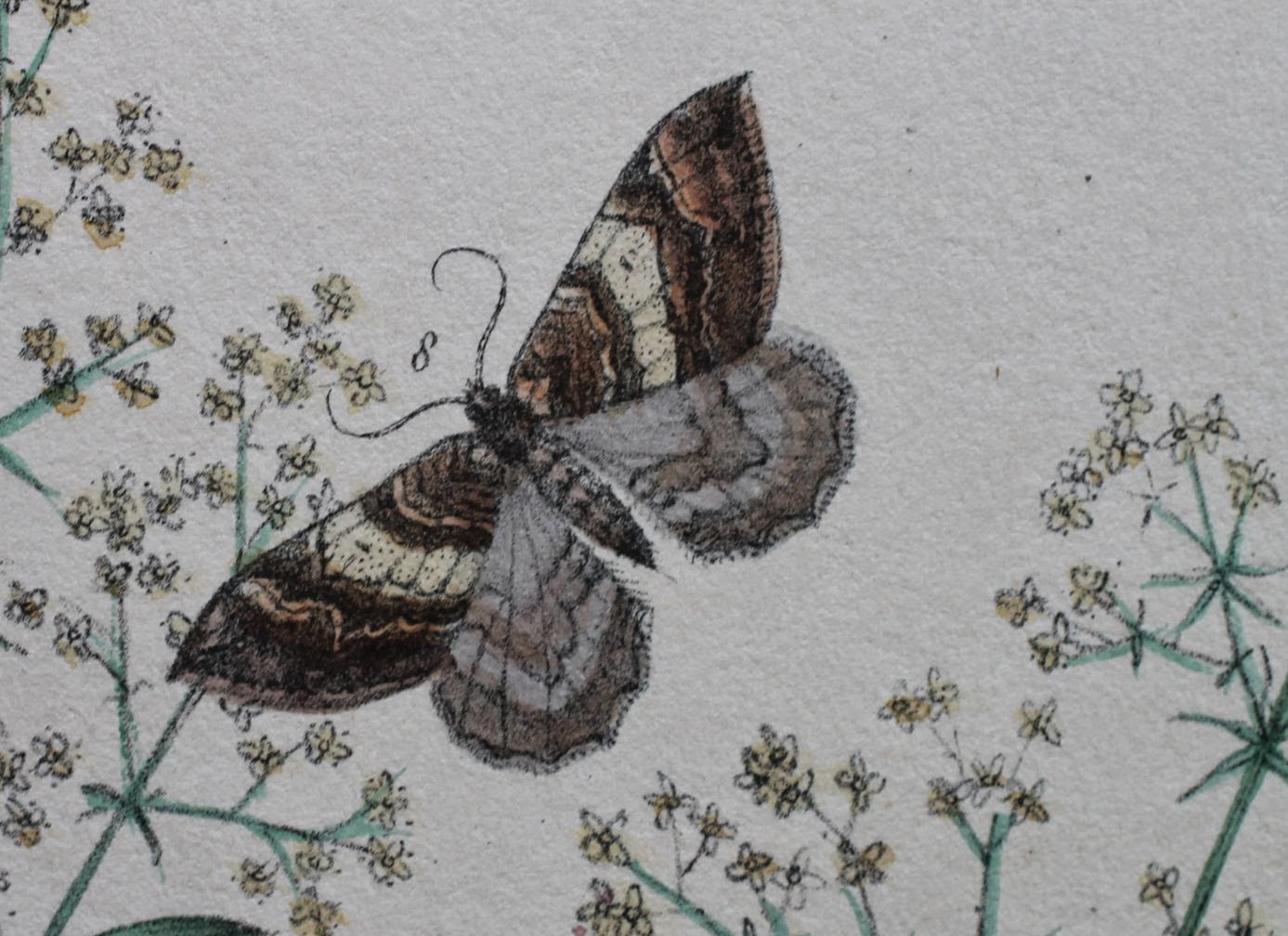