We have been trying to identify the species of moths in the cabinet drawers that will be on display in the gallery at Shandy Hall from this Sunday.  These drawers are from the Allis Collection dating from the mid to late nineteenth century.  All the moths (predominantly from Yorkshire) are pinned and labelled. Some have both their English and scientific names and occasionally both have been retained unaltered. Frequently, only a Latin binomial name is present but it is often different from its current identity.  The specimens are all pinned with fore- and hind-wings visible (see above) and as I have learned what little I know about moth identification using the moths’ natural resting positions (and Richard Lewington’s illustrations from the same point of view), the task of identifying them visually has proved difficult.

There are 22 drawers in total – and these are but a representation of the full collection.  Mid-way through the laborious task of identifying which of the nineteenth-century examples have been recorded in the gardens here, I came upon two that may have national significance.  In the appendix to the Field Guide, the Purple-barred Yellow is stated as ‘Doubtfully British.  Unconfirmed 19th-century records, chief of which are two males reportedly disturbed from Broom [near Perth] .. and two from Stockton Forest, near York, about 1870.’

Could these two pinned moths (closer view below) be the very ones?  Stockton-on-the-Forest is just down the road and close to where Archie Heron (his collection is incorporated into the Allis Collection) used to trap in Wass, North Yorkshire.

Come and see for yourself.  The exhibition opens tomorrow along with prints and original drawings by Richard Lewington. 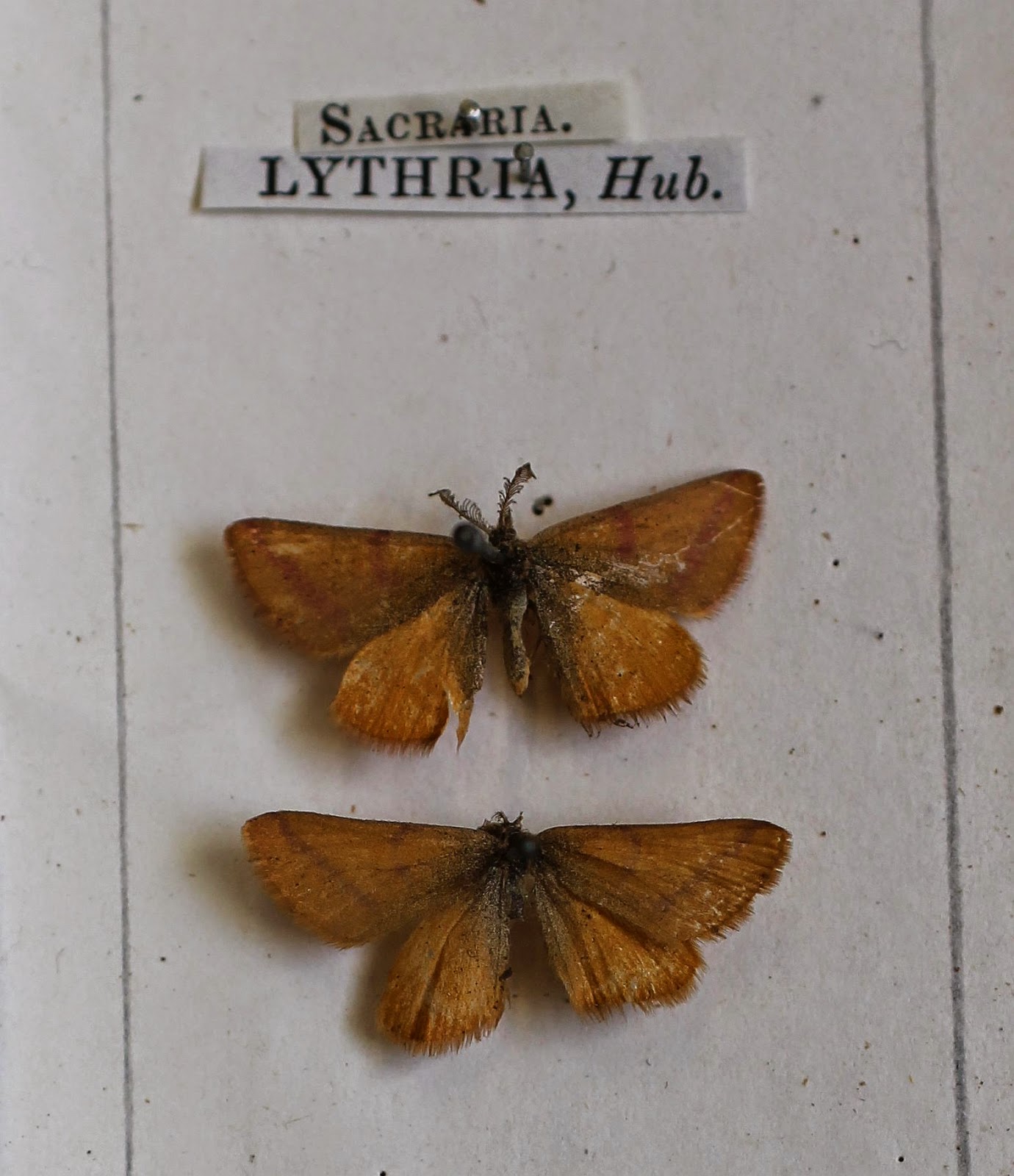