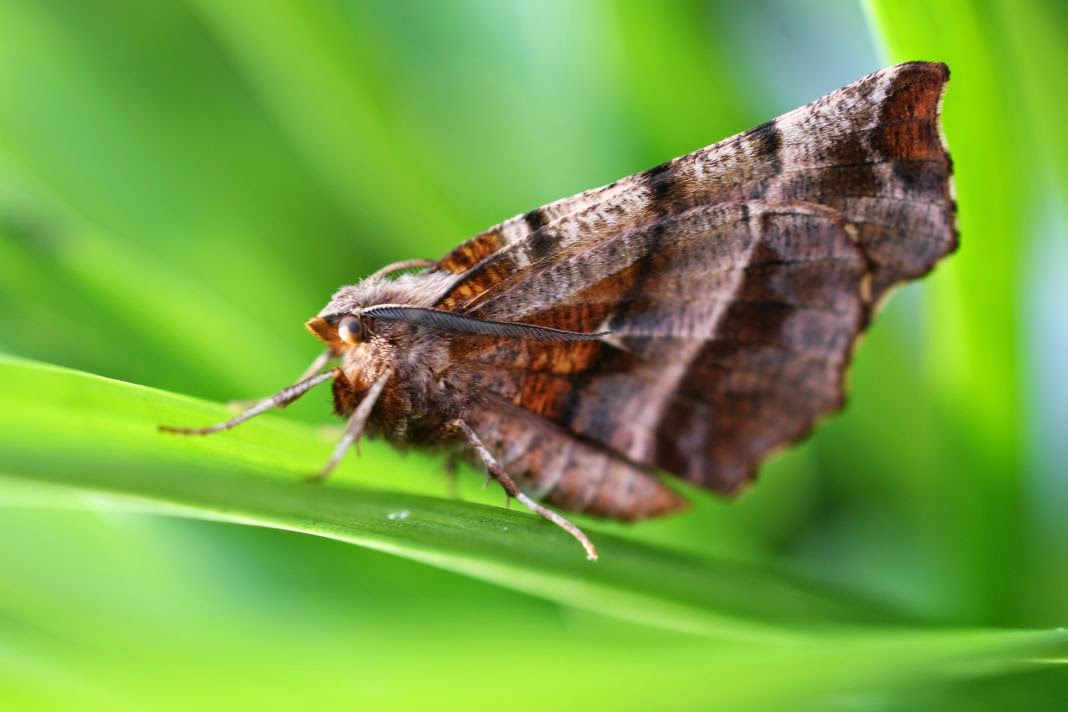 The Early Thorn (Selinia dentaria) arrives.  Selinia (the moon) refers to the little lunate shapes on the wing – in the photograph you can see that this moth’s antenna is just crossing one; dentaria from dentis a tooth – the jagged edge of the wings.  This moth was named by Fabricius in 1775.  JC Fabricius was a Danish entomologist and is considered to be one of the most distinguished of the pupils of Linnaeus.  There were four Early Thorns in the trap yesterday but the other thirty or so moths were Clouded Drabs, Common Quakers or Hebrew Characters – the numbers are encouraging signs for later in the year.

is not shown at its best in this photograph – it should be resting on the trunk of a Silver Birch or even a dry-stone wall where it would be nearly invisible.  However, the black of the rim of the moth trap will have to do for I believe this moth will not tolerate being persuaded to move to a new location.  It has remained in the same position all day waiting for dusk.  Like the Early Thorn the Latin name for the Waved Umber makes reference to the moon (mene) but here ophrus (eyebrow) refers to the fringe of the wings; abruptaria means ‘broken off’ from the reddish-brown marks on the wings at the widest points.  This moth was christened by K P Thunberg who was the successor to Linnaeus as Professor of Botany at Uppsala.

Above can be seen the Early Thorn with other Thorns – the Lunar Thorn (Fig.17) and the September Thorn (Fig.9).  The prominent caterpillar (Fig. 27) is that of the Brimstone Moth.

Below is the Waved Umber with the pretty blue flower of the aquilegia or columbine. 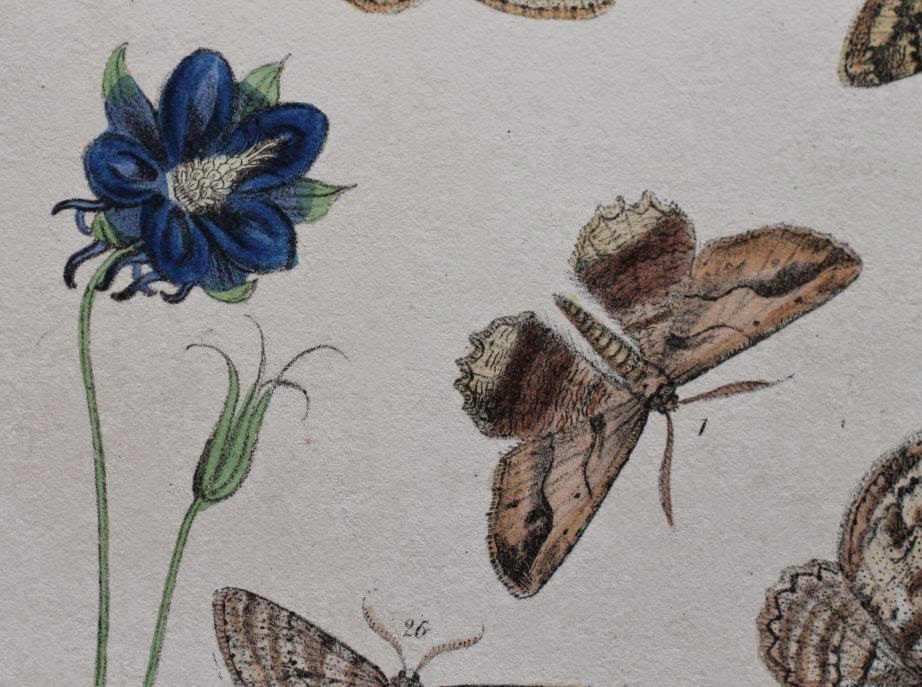