A moth ‘with a wing without an angle’ (Agonopterix) whose larvae feed on hogweed (Heraclieum sphondylium) seems straightforward enough but there is more to this moth than meets the eye.  It seems the specimen in the collection of the Linnean Society of London was mistakenly identified as a Parsnip Moth (Depressaria pastinacella).  For 200 years this was the case and then, when the error was discovered and (since the type specimen takes precedence over the description), the name was transferred.

Listed on the Yorkshire Moths – Flying Tonight website this little moth was doing exactly as predicted and landed on the outside of the kitchen window. Catching it in a specimen tube was easy but photographing it was not.  When not looking moribund and rather dead, as in the photographs, it can switch into high-speed and runs about with antennae twitching most actively, making it very difficult to photograph.  It was released this morning in the garden and as I followed its speedy fluttering to safety, I managed to get some wonderful photographs. Unfortunately I had left the camera card on the table.The wing spots are visible and I am pretty sure the bar on the hind-wing distinguishes it from Agonopterix cilella.  Or at least  I am as certain as I can be.  Either way its a new species for Shandy Hall (327). 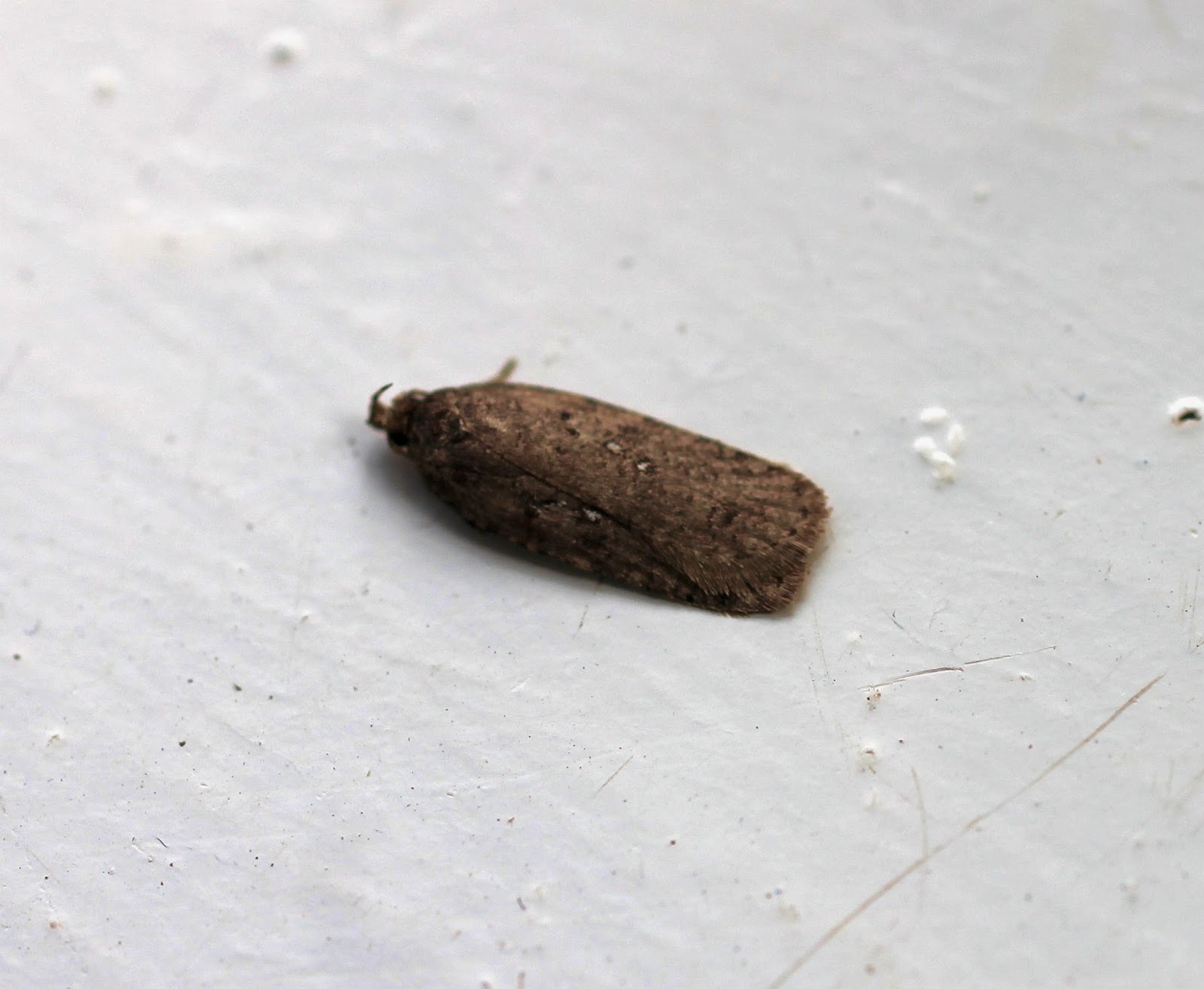 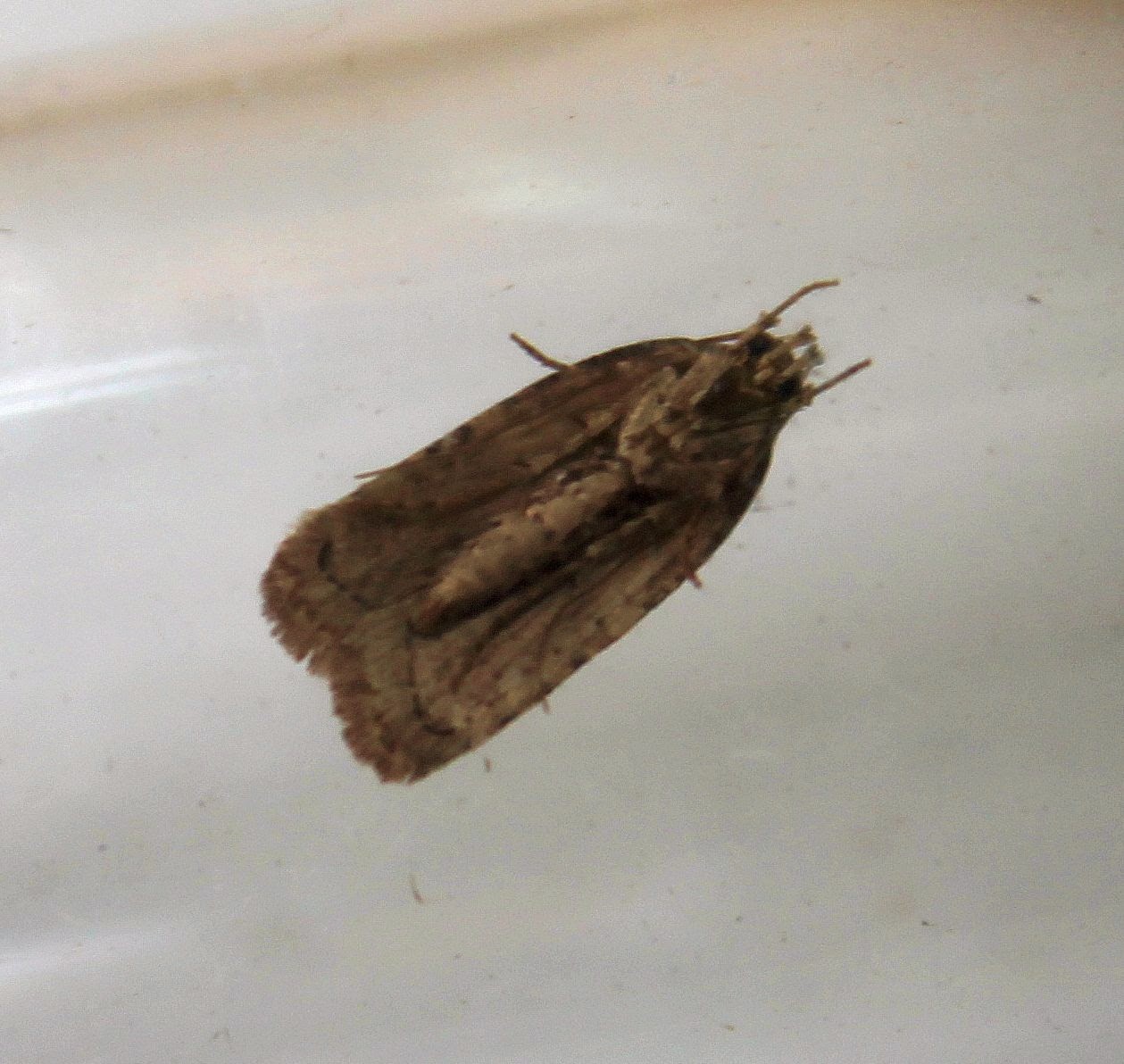