There are two of them in the photograph and both have found what they have been seeking – the Cuckoo flower or Lady’s smock (Cardamine pratensis).  One is mid-air and the other is resting on a petal of the flower.  There are a dozen or so stems of Cuckoo flower in the quarry and these tiny day-flying moths flew from one to the other, only settling occasionally.  They could be Adela rufimitrella or Cauchas rufimitrella.  After some close observation I think the latter.  The wings have a metallic sheen to them but that sheen is more golden than green and the white spots on the antennae are very clearly identifiable.  I took nearly fifty photographs (and these were the best of a blurred bunch) and discovered how carefully the long fairy-horns were placed when the moth was (presumably) feeding on the sweetness of the plant. Folded back on themselves and out of the way. 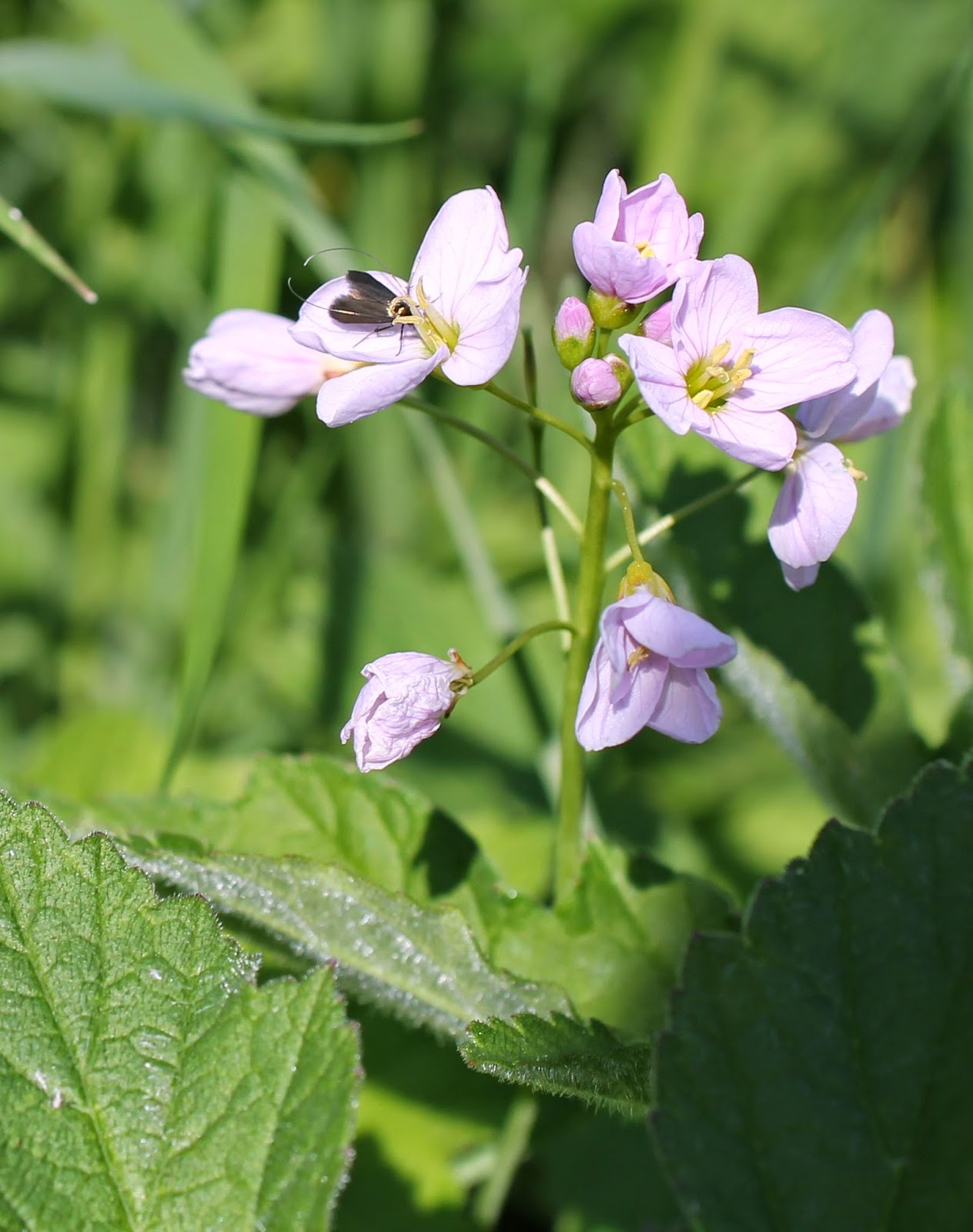 In the final image the shape of the wings and their sooty edges can be seen but more particularly the red head – the rufus (red) mitra (turban).

The flower-heads don’t last very long.  The bud unfolds, the flower blooms and is gone.