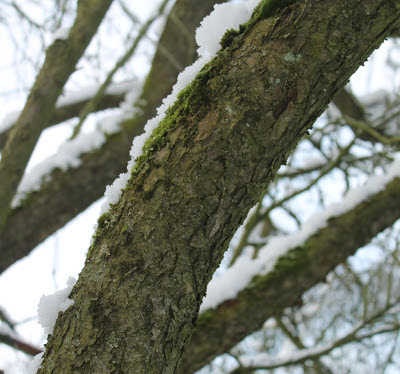 Snow has fallen all over the country and next year’s life is locked with ice.  The upper surfaces of the apple tree branches have a thick covering of flakes but the undersides are sheltered and will remain so.  Another place to overwinter, but as a pupa not as a caterpillar.  Can you see it?  A silk thread has been attached to the bark on either side of the casing and the creature hangs suspended like a lifeboat on the side of a ship.  The camouflage is almost perfect and the position surely out of reach of most predators.  Perhaps a blue tit might see through the disguise?  They seek spiders in the corners of the windows and underneath the cills and, as they do so, they hover for brief periods.  Or perhaps the treecreeper?

And what is the pupa?  Probably a large white butterfly.  Have a closer look in the photograph below. 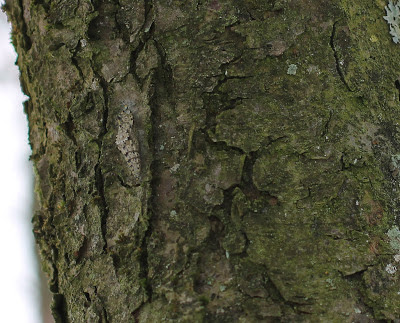