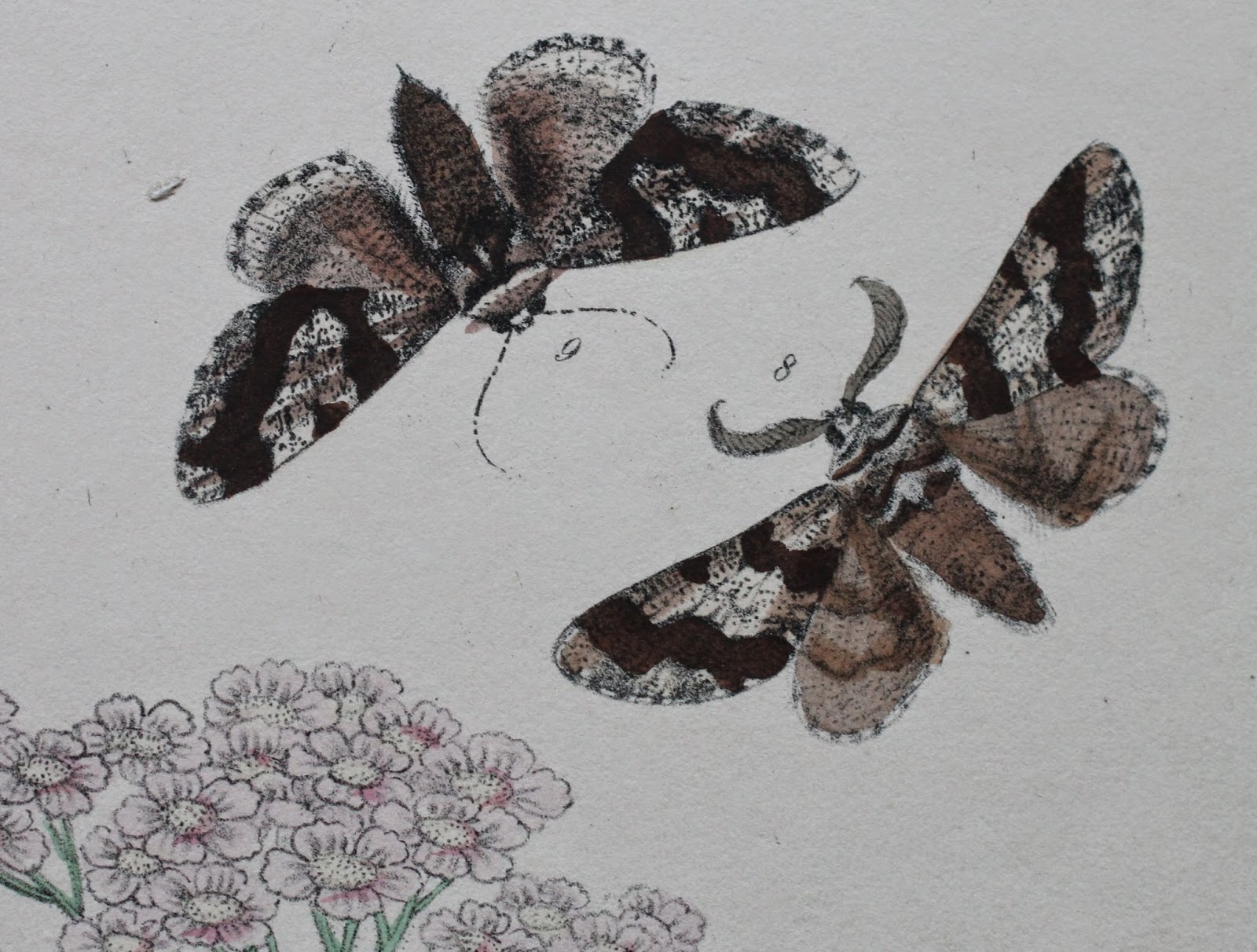 A warm day with a much cooler night – but overcast.  Last year at this time there were so many disappointing mornings with no evidence of moths but this year (not counting the visitors to the kitchen window) the first proper trap produced this beauty.  The pectinated antennae, the broad, grainy stripes of creamy charcoal next to the brown zig-zags – the first Oak Beauty to arrive in Coxwold.  This moth is not uncommon regionally, but was not listed as a possible ‘flying tonight’ candidate, so it was a double surprise.  The other image (above) shows both male and female above a yarrow plant (Achilla millefolia)

Pieris japonica seemed an appropriate backdrop for the Shandy Hall moth – not because it is a food plant (Oak Beauty caterpillars eat oak, hazel, aspen and other broadleaved trees and shrubs) but to link it to a season.  The Latin name : Biston was a son of Mars and ancestor of the Bistones, a Thracian tribe which worshipped Bacchus; strataria from stratum, something spread as a quilt. The trap contained a dozen or so of Small Quakers, Hebrew Characters and Clouded Drabs, with half-a-dozen Twin-spotted Quakers and this Early Grey (Xylocampa areola) with its diagnostic clover-leaf pattern – not a new species but a clear image so worth including.  The Oak Beauty is species number 328.