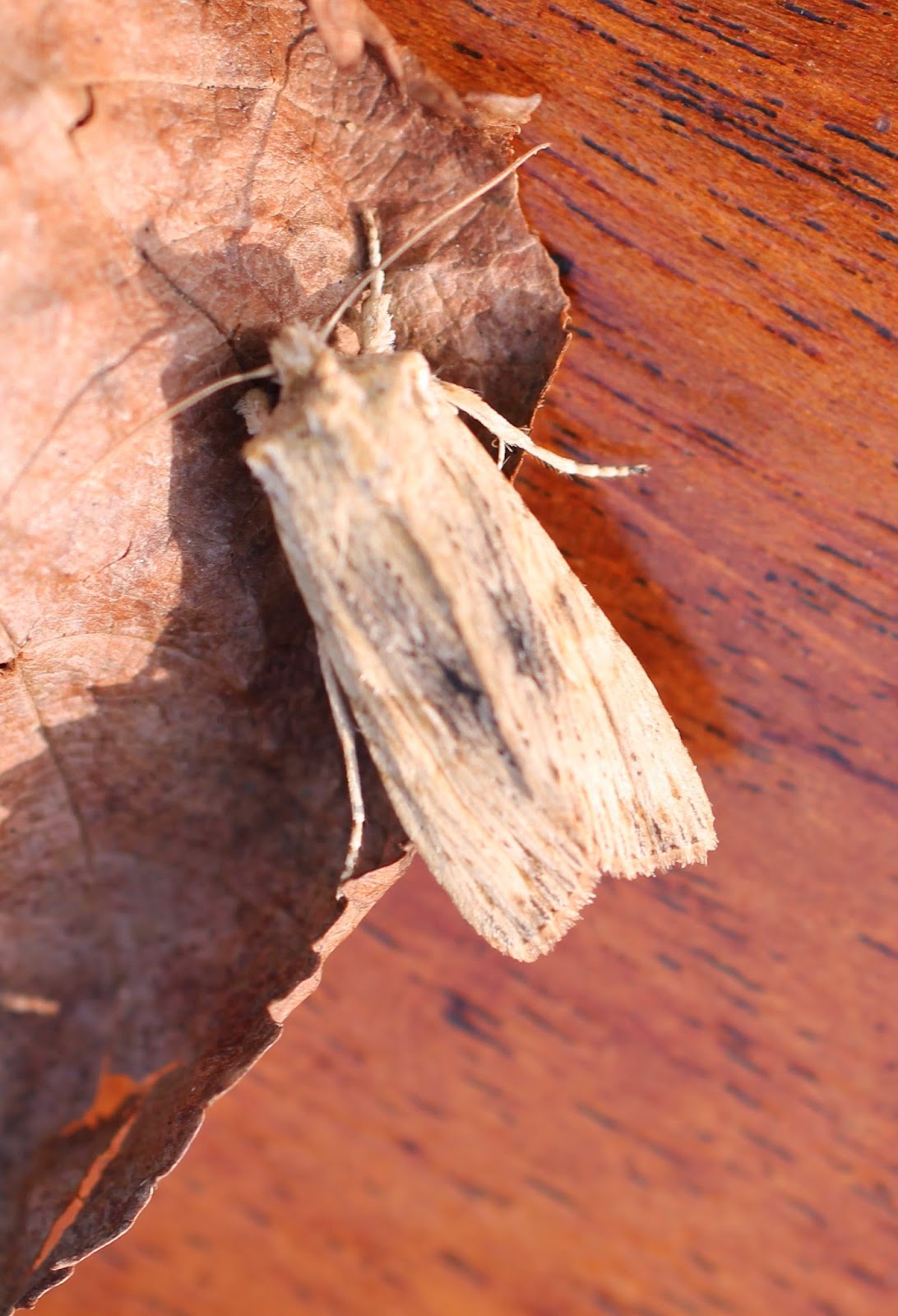 This moth feeds on sallow catkins in the spring and ivy flowers in the autumn, both of which are to be found at the moment in the gardens – my sneezing is sufficient evidence.  The Latin name: Lithophane (Greek lithos, stone; phaino, ‘to appear to be like’) and hepatica ‘liver coloured’, give a rather inadequate description of this insect.  ‘Lithophane’ is also the name of translucent porcelain that displays an image when lit from behind – the effect is almost secretive as the image is hidden when viewed under normal light.  The Pale Pinion is also described as having cannibalistic larvae.  It is another new Spring species and takes the total to 329. 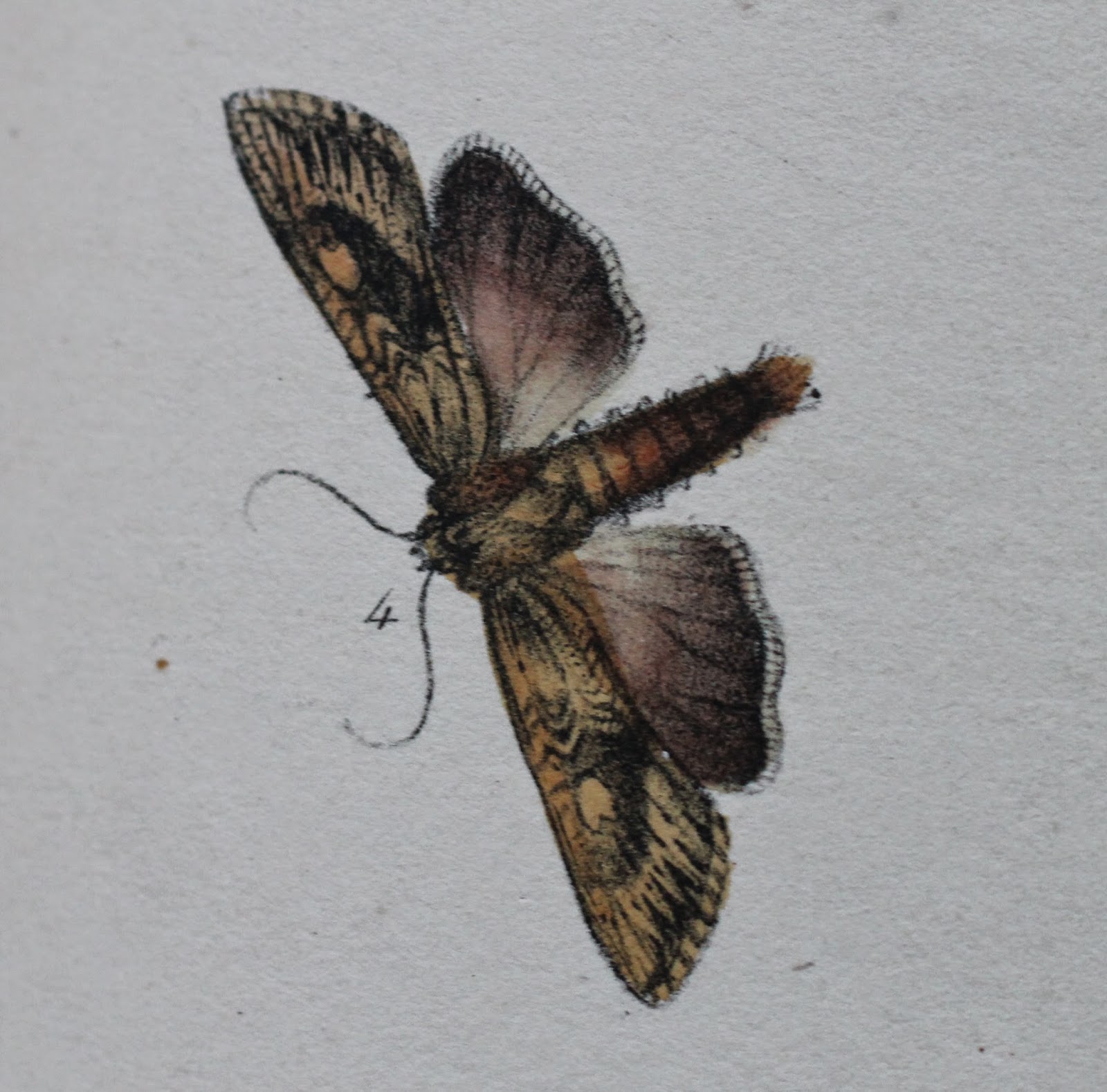 The illustration (1843) showing the moth in flight gives an indication of the difficulty of identifying moths from their ‘set’ position – as if positioned by the collector.  The stitching marking on the edge of the fore-wing is common to both but not much else.