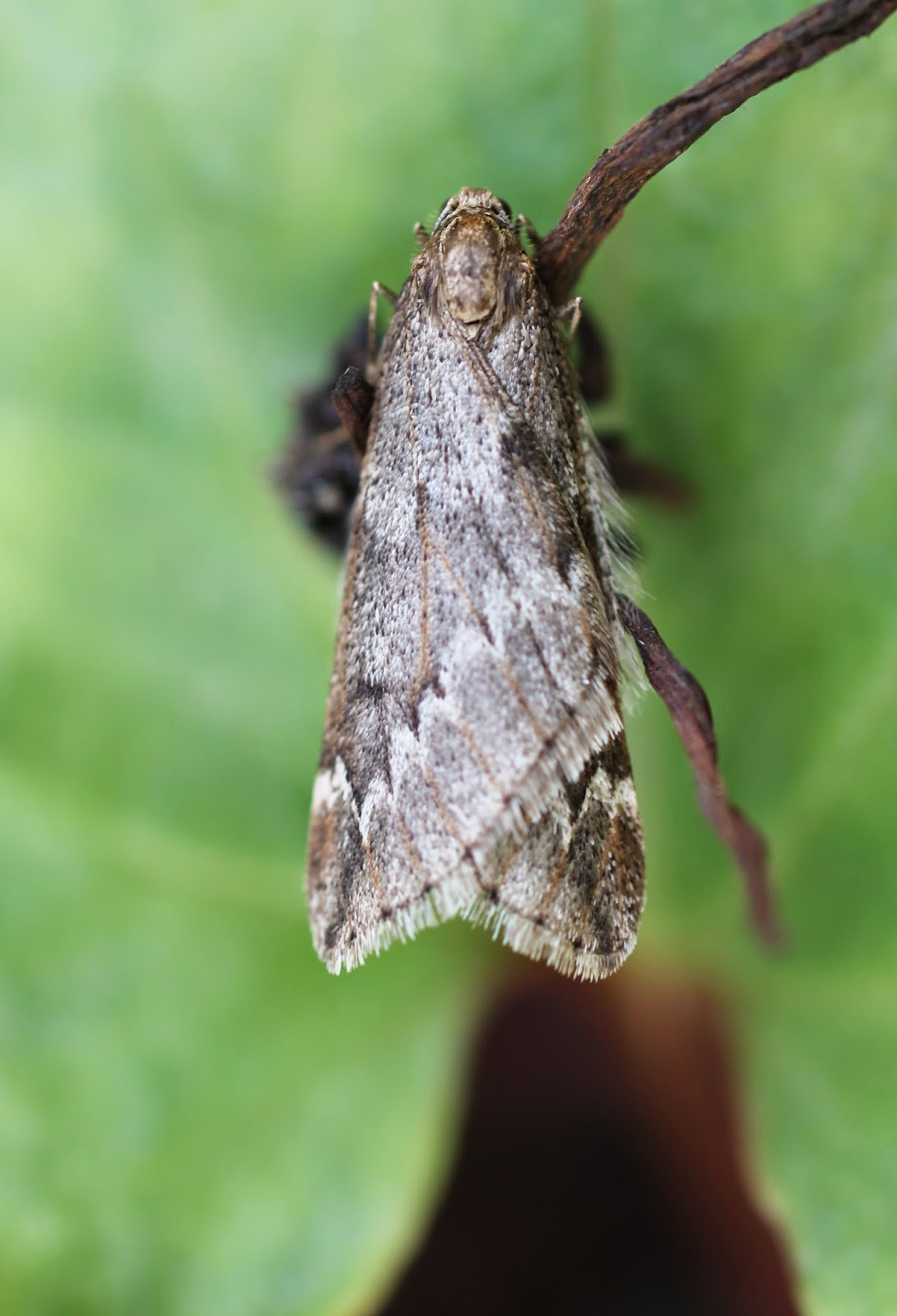 The March Moth is not a new species but it hasn’t been photographed at Shandy Hall before. The wing patterning is striking and the wings themselves wrap around the moth’s thorax and abdomen like a North American Indian’s shawl.  The males fly throughout March and April but the females have to be content with crawling up tree-trunks to ensure their pheromones are distributed into the night air.  The light from the trap attracted this specimen away from its natural purpose but it was released last night, so just an overnight pause in its life-cycle.  The Latin (Alsophila) means ‘lover of groves’ and aesculus is strictly a species of oak, but in post-classical times the name applied to the horse-chestnut (Aesculus hippocastanum) which is likely to be the food plant.  The March is a nervy moth that doesn’t stay still for very long – in fact it flew off as the trap was opened and fortunately landed on a near-by cyclamen where this photograph was taken.  The adult and wingless female can be seen in the image below.